During a Mirror News video interview, Henry Ford College President Russell Kavalhuna disclosed the existence of a report regarding the state of campus security.

The “Inside Track” on Henry Ford College

College can be challenging for a multitude of reasons. Classes are demanding, attendance is mandatory, and time seems to be going faster than you and your homework can keep up.

On Feb. 19,a group of FBI agents conducted multiple search warrants at the home of Mayor Rick Sollars in Taylor, at his vacation home in Cement City as well as at Taylor City Hall. FBI agent Timothy R. Slater released the following statement:

Emily Schroeder Interview with Monica Lewis-Patrick of We the People of Detroit, Nov. 9, 2018 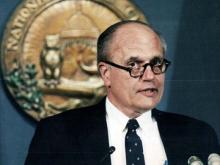 On Feb. 15, former US Congressman John D. Dingell Jr., the longest-serving member of Congress in US history, was laid to rest at Arlington Cemetery in Washington, D.C. Dingell passed away peacefully on Feb. 7, at his home in Dearborn.

How a College Responds to a Missing Student

When 25-year-old Northern Michigan University student Guiancarlo B. Estupigan went out to take photos near Yellow Dog River on Jan. 24, and didn’t return, his roommate drove to the location the next day and found his car covered in snow. On Jan. 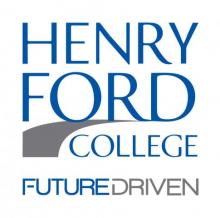 In 2014, as the college was developing a Bachelor Degree in Hospitality and Culinary Arts, the Board of Trustees voted to drop the “community” in its name and become Henry Ford College.