HFC and DTE Burst with Energy 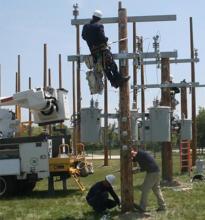 On June 17, Lt. Gov. Garlin Gilchrist II visited Henry Ford College for a leadership discussion focusing on closing the skills gap in Information Technology and increasing the number of underrepresented minorities in the field.

Of all the programs at HFC, the Ophthalmic Technician Program, or “The Eye Program,” is probably the most unique.

A Mother Finds Hope After the Loss of Her Son 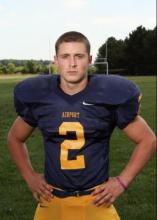 Michigan has more annual opioid prescriptions written than residents. In 2017, there were 2,033 deaths caused by overdoses involving opioids in Michigan. Deaths involving heroin, increased from 263 to 783 deaths over a 5-year period.

Ladling Out Lessons One Dish at a Time 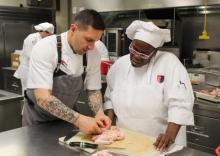 Henry Ford College’s Fifty-One O One is a student-run fine dining restaurant on campus. With every flip of the spatula, every stir with a spoon, every seasoning, and every sizzling frying pan is a lesson. A delicious lesson.

Title IX is a law prohibiting sex discrimination in federally funded facilities. During the Obama Administration, several revisions were made to Title IX, focusing on transgender rights and victims of sexual violence. 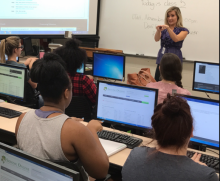 Over the past few years, Henry Ford College has seen a lot of changes throughout its campus – one of these changes being the incredible growth of the American Sign Language program.