From Burundi to Baobab Fare: Restaurant Owner Shares His Journey to Detroit

SugarBuzz Bakery Owner Shares Recipe for Success During the Pandemic 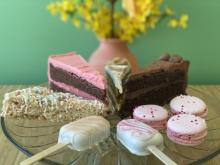 SugarBuzz Vegan Bakery is one of the first of its kind. Located in Ferndale, MI on Woodward Ave, owner Christopher Pelak opened this completely vegan bakery during the COVID-19 pandemic on Feb. 1, 2021, and business has been “buzzing” since.

Bo Burnham’s “Inside” – A Review

The thing to understand about Bo Burnham’s Netflix special, “Inside”, is that the songs by themselves stand up as a fantastic body of work all on their own. They’re catchy, clever, well written, funny, and have a high replay factor. 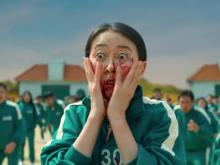 “Squid Game” (2021, Hwang Dong-hyuk) is a Netflix original series that has recently taken the world by storm, and for good reason.

“Nightmare of the Wolf” takes place well before the events of the first season of “The Witcher,” starring Henry Cavill as Geralt, the stern silver-haired dual-blade wielding hero.

The newest entry to the Marvel Cinematic Universe, “Shang-Chi and The Legend of The Ten Rings” is another delight from Marvel Studios. Fantastic cinematography and an emphasis on beautiful visuals make this film stand out.

Mirror News Podcast on "Falcon and the Winter Soldier"

"Raya and The Last Dragon": The Disney Movie that Got Away

When Disney first announced “Raya and the Last Dragon” in 2019, avid princess movie fans were stoked, to say the least. Not only were we getting another strong princess trope, but it was another Disney movie set in Asia!