The Art of Tanking 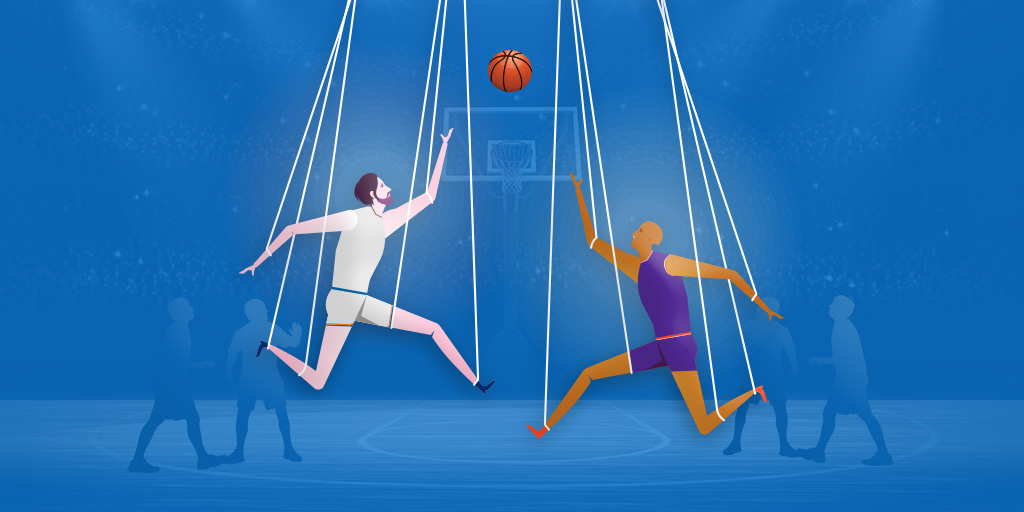 Graphic from “Are NBA teams rebuilding or tanking? The telltale signs” by Ermay Duran for Pinnacle.com

Would you trade years of losing, poor performances, and near unwatchable sports if it were to bring you a championship in turn? Sports fandom is a cog in many lives of people in America, and sometimes, happiness can be determined through sports. So, to the fan, is losing worth it when the end game is the top prize? This may be a scenario fans may find difficult to accept. Is tanking good for sports, or could this draw a rift between fans and their team?

Dave Shelnin’s article in the Washington Post explained the state of tanking in the NBA, “If it wasn’t clear already — and to people paying attention, it certainly was — “tanking” season had arrived in the NBA. The race to the bottom — the contestants being the Dallas Mavericks, Sacramento Kings, Orlando Magic, Phoenix Suns, Memphis Grizzlies, Chicago Bulls and Atlanta Hawks … was on.”

The basic premise of tanking in layman’s terms would be losing as many games as possible in the season, and in return you have a higher chance of winning the NBA lottery. A top draft pick is a way to get a franchise changing player and a potential superstar to the city. The strategy is mainly used by teams who had been in contention for a championship in years past but missed their time, or teams in “purgatory”, not good enough to make the playoffs but not bad enough to get a worthwhile draft pick. “So, yes, there are situations in which fans will actually salute such sandbaggery,” observes sports columnist Anthony Castrovince.

Dallas Mavericks owner Mark Cuban saluted the idea; this was on display when he was fined a total of $600,000 during the 2018 season for telling his players that losing was their best option. Mark Cuban isn’t wrong; it was the best thing for his franchise. Fans need to understand why this method is the best thing their middling franchises can do.

Let’s start by playing the comparison game. The NBA’s Philadelphia 76ers and the Detroit Pistons will be our contestants. The 76ers were the first NBA team to pull the “mass tanking” out of their hat. Starting in the 2013-14 season we saw the Sixers post one of the worst three year stretches in NBA history, posting records of 19-63, 18-64, and 10-72. On surface this may look awful, but they were rewarded very nicely through their efforts when they landed franchise stars Ben Simmons and Joel Embiid. Philadelphia became one of the favorites to come out of the Eastern Conference and make the NBA finals in this postseason.

In that same stretch, the Detroit Pistons have avoided tanking and made playoff pushes in each of those years Philadelphia tanked their way to stars. The Pistons had records of 29-53, 32-50, and 44-38 with only one playoff appearance where they were swept in the first round. The Pistons have now found themselves in purgatory, and no path upwards in sight. A path to tanking is looking like the only option for Detroit, something that could have already been accomplished.

Tanking is not a perfect science, and just because a team tanks, it doesn’t mean that there will be immediate success. Teams need to execute their draft picks, and make the right personnel moves when the time comes, but if we learned anything from Philly, it can be done. It is a risk middling teams need to consider taking, and their fans should be on board with it.