Welcome to The Upside Down 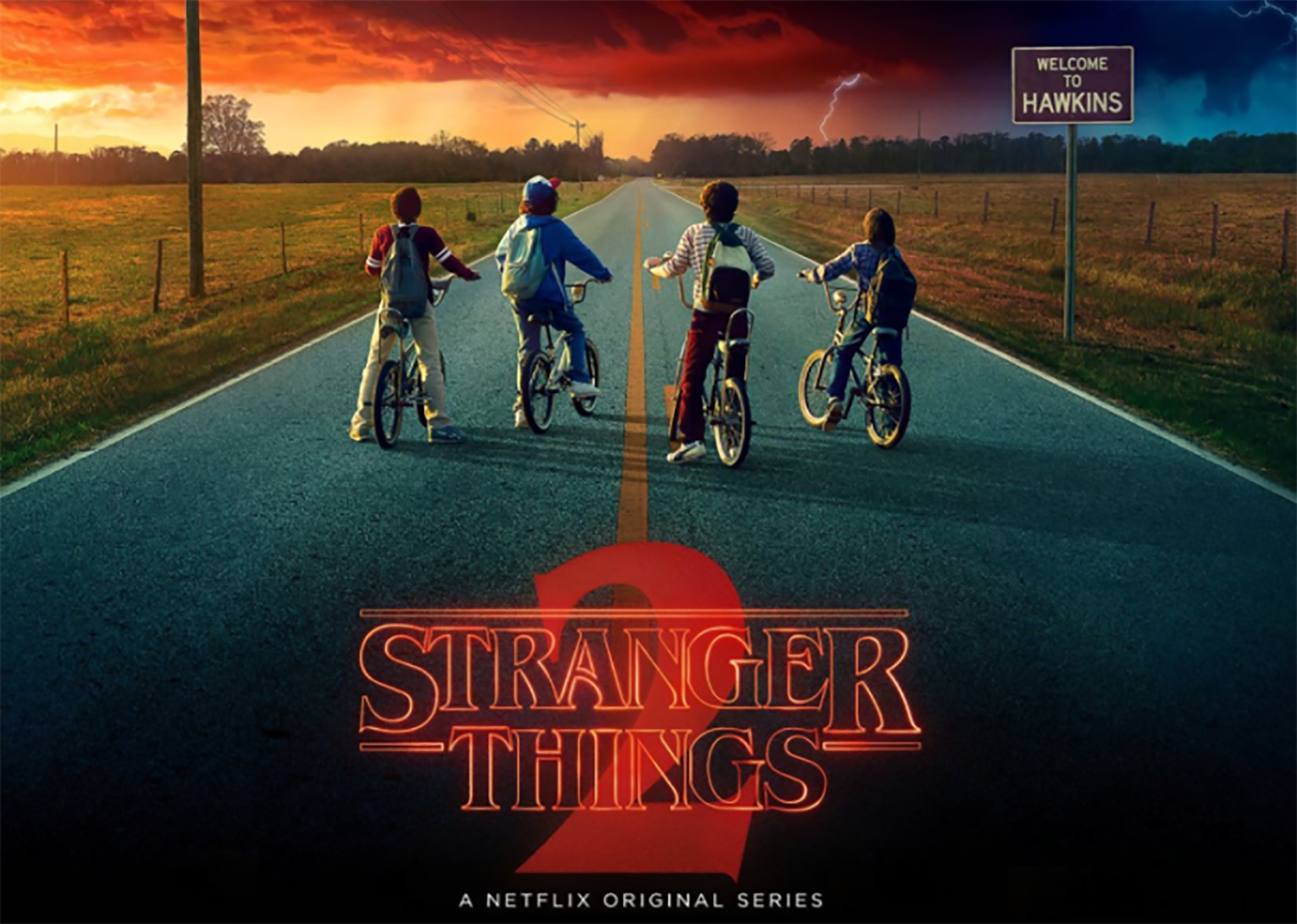 After winning several awards for “Stranger Things,” including the Screen Actors Guild Award for Outstanding Performance by an Ensemble, the show’s creators, the Duffer Brothers, came back with “Stranger Things 2” with a bigger budget, new storyline and a few new characters.

The first season ended with everyone safe and home on Christmas in the small fictional town of Hawkins, Indiana, but something was still not right with Will Byers (Noah Schnapp), the boy who was taken by a monster into the terrifying other world known as The Upside Down. Eleven (Millie Bobby Brown), the weird girl with superpowers, after defeating the same monster that took Will, seemed stuck in The Upside Down.

“We wanted it to be bigger than season one,” Matt Duffer said in an interview with Terry Gross of “Fresh Air” on NPR. “We wanted to scale it up a bit.” They did not disappoint. The season opens with the group of middle school friends Mike Wheeler (Finn Wolfhard), Dustin Henderson (Gaten Matarazzo), Lucas Sinclair (Caleb McLaughlin), and Will heading into town to the arcade. Everything seems just a little too normal, like the events of the previous year had never happened. It seems as if everyone has forgotten about the creepy monsters and near death experiences. Will, however, suffers daily from his little trip into the alternate world.

After having been in The Upside Down, Will is now split between the two worlds. At first, it is believed that he is just having hallucinations, but after an intense scene, Will is no longer the same. A tribute to classic ‘80s horror films, Will is playing the role of the possessed child which the entire plot is circled around. This required actor Noah Schnapp to have convulsion fits, screaming like a maniac, and, at some points, being creepily emotionless. If he were to seem unconvincing, the story would lose its magic and there would be an imbalance in the plot line. Being so committed to the part, in an interview with Vanity Fair, Schnapp says he paid the price of his voice after screaming on set for a whole day. Even after being told he did not need to actually scream, he did anyway. “It felt really weird to have my mouth open but not screaming.”

Romance is also in the air as newcomer Maxine “Max” Mayfield (Sadie Sink) and her stepbrother Billy Hargrove (Dacre Montgomery) move into Hawkins. At first Dustin and Lucas are just trying to figure out who she is and how she was able to beat Dustin’s score in Dig Dug. After inviting her to go trick-or-treating with them, both boys begin to fall for her, creating a rift in their friendship. Plus, there is the budding romance between Jonathan Byers (Charlie Heaton) and Nancy Wheeler (Natalie Dyer), a love story that is complicated by Nancy’s unclear feelings for her boyfriend Steve Harrington (Joe Keery). There is also the strange love triangle between Joyce Byers (Winona Ryder), who just wants her son to be okay, her new boyfriend, Bob Newby (Sean Astin), and police Chief Jim Hopper (David Harbour).

Steve Harrington has more of a central role. In the first season, Steve had very late character development, but this season he has come back swinging with his nail bat in hand. While not giving too much away, toward the middle of the series, while his three friends are not to be found, Dustin is left to look for help by himself and ends up with none other than Steve. From that point on, the two form a brotherly relationship. The relationship may seem like a strange pairing, pretty jock Steve and geeky little Dustin, but it quickly becomes the best pairing of the season. “That relationship is kind of an homage to movies from that period,” Keery says in an interview with Vanity Fair. “These two different sort of characters who disagree, but there’s this sense of caring underneath.”

The season is not without its fair share of repeats. While watching the show, it seems as if some of the monsters and relationship drama are too similar to the first season. There are also many tropes that are redundant and slow the progress of the show. There are scenes within the Upside Down reminiscent of the “Alien” films. Scientists in white lab coats appear frequently. And, the references to ‘80s films like Ghostbusters is much more explicit. Plus, the season’s soundtrack is filled with popular songs from the ‘80s.

“Stranger Things 2,” however, is about more than skin crawling moments and a nostalgic throwback to the sci-fi horror films of the ‘80’s; it has wide ranging appeal. Whether you are a teen in high school or a retired school teacher, there is something within “Stranger Things 2” for everyone. Both seasons of “Stranger Things” are available in their entirety on Netflix.