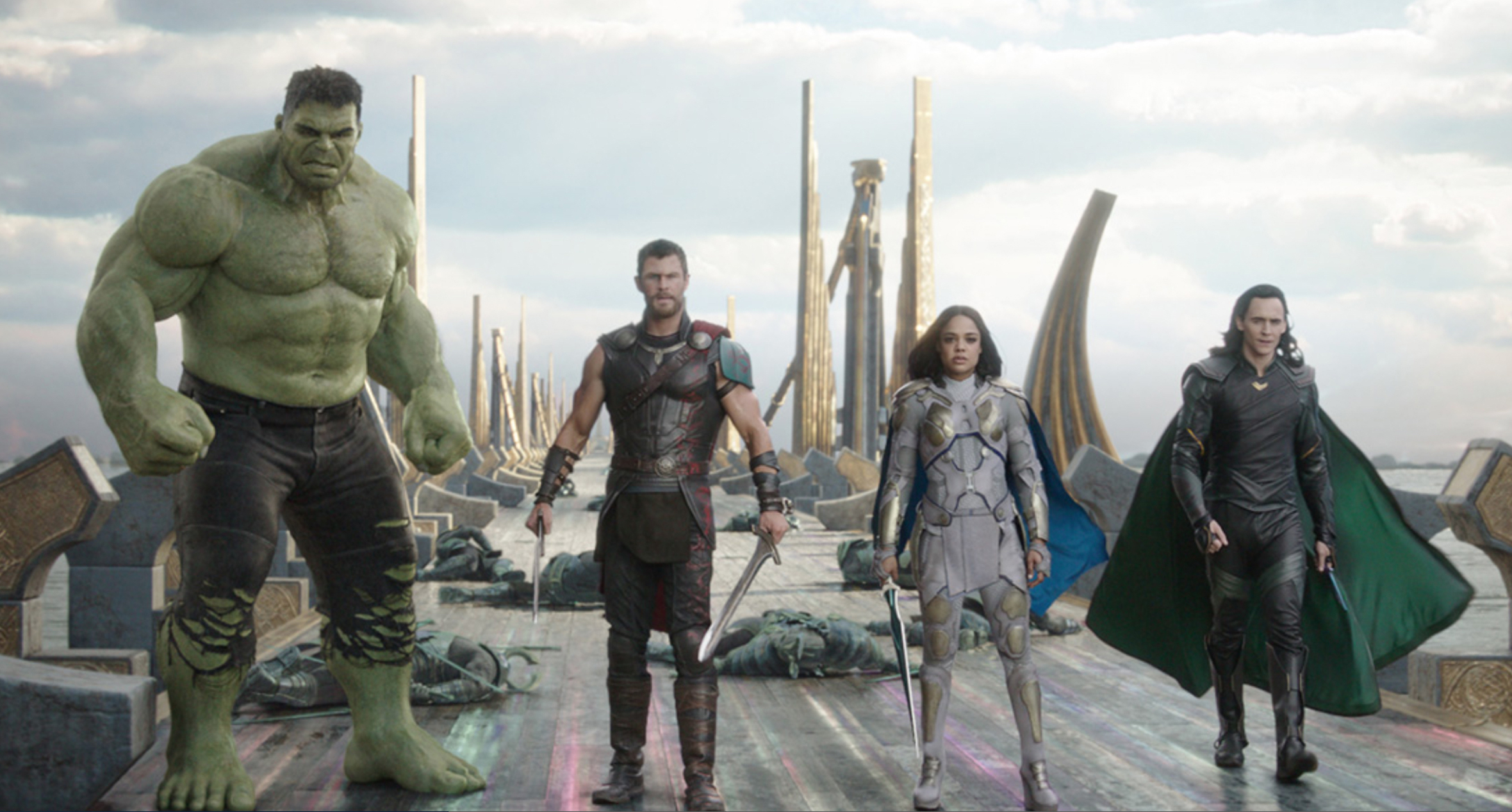 Zack Snyder and Joss Whedon. The action and story of Snyder is combined with the comedy of Whedon. According to Dave Trumbore of Collider, “Justice League is lean and mean tribute to DC Comics characters and their fans.” Unlike “Batman v. Superman,” “Justice League” appears to permit the characters to have fun, giving each witty punch lines along with big action scenes.

The Justice League forms when the world is without Superman, since Superman died and was buried at the end of “Batman v. Superman.” Guilt-ridden over the death of the Man of Steel, Batman seeks the help of Wonder Woman and others with “abilities” to destroy the villain, Steppenwolf, who has returned to Earth to rule over it.

Both “Thor: Ragnarok” and “Justice League” rely on similar plots of other world villains that return from some unknown far reaches of the universe and seek planetary destruction, requiring the band of heroes to overcome their differences to unite together to stop doomsday.

Both movies also have heroes that need to be saved. In “Thor: Ragnarok,” the Hulk needs to remember who he is in order to help Thor save Asgard. In “Justice League,” the super friends have to remind Superman who he is after bringing him back from the dead. “Justice League” brings back the “do you bleed” line from “Batman v Superman,” and Thor gently repeats “the sun is down,” which was a line used by Black Widow in “Avengers: Age of Ultron” to calm down the Hulk. Aside from recycling dialogue to try to create continuity from film to film in the respective franchises, both films do seem to stand on their own as worthwhile entertainment.

DC will release “The Aquaman,” starring Jason Momoa on Dec. 21, 2018. DC has also announced that a sequel to “Wonder Woman” is planned for a 2019 release. Marvel has a quicker turn-around with the release of “Black Panther” in February and “Avengers: Infinity War” in May.

While box office analysts expect “Thor: Ragnarok” to probably make more than “Justice League,” which went way over budget and may not break even, “Justice League” is a worthy attempt at a familiar formula and is one of the better DC movies since the Dark Knight trilogy.