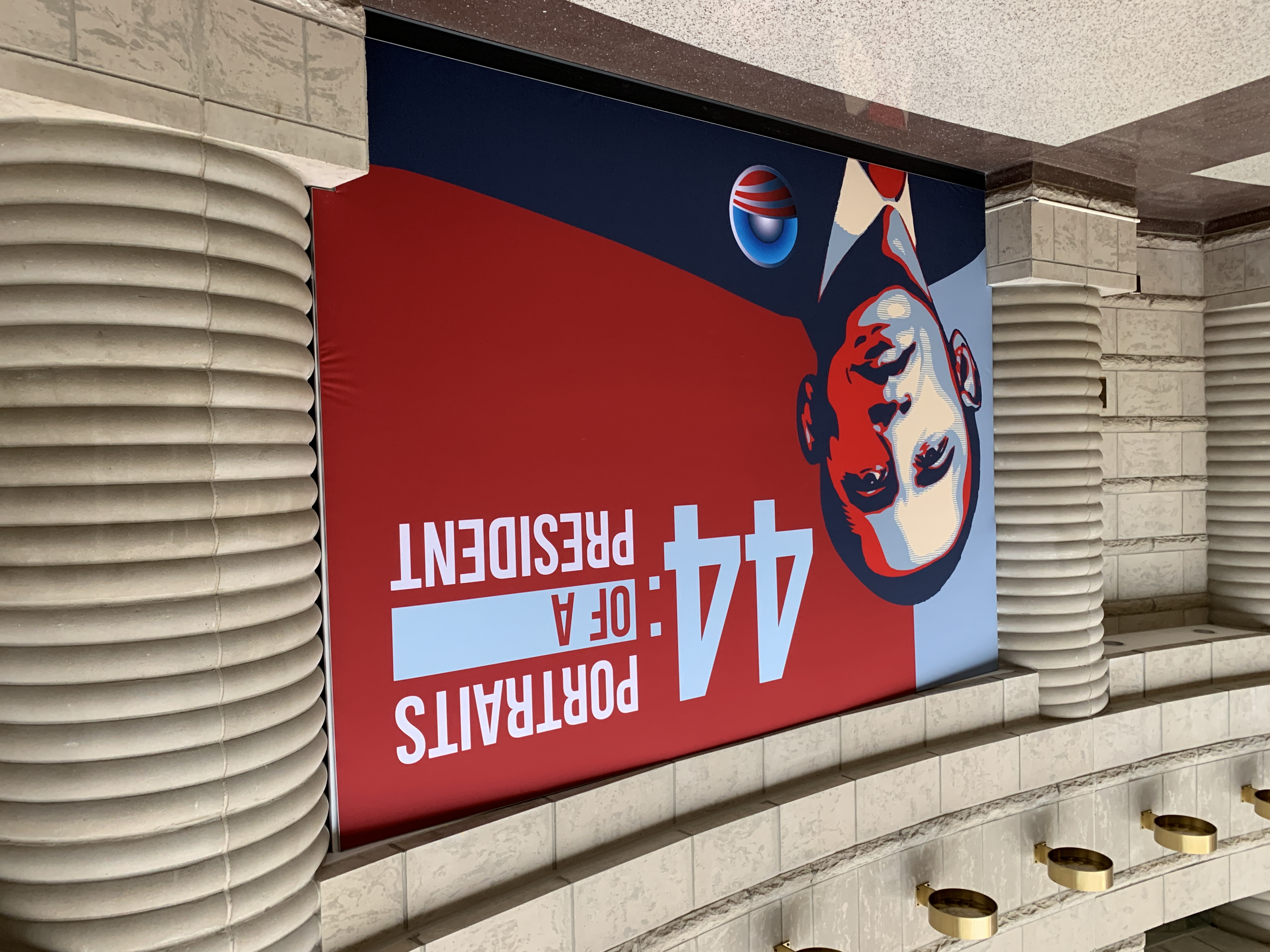 The Charles H. Wright Museum of African American History in Detroit currently has three new exhibitions: “44: Portraits of a President,” “To Whom Much is Given,” and “Detroit Jazz: The Legacy Continues.” The exhibit, “44: Portraits of a President,” is a “collective sculptural show created to recognize and celebrate the historical significance of the first African American President of the United States, Barack Obama.” This exhibition was first started in 2012 and has been traveling around the country. Forty-four artists from across the country including Detroit had the opportunity to start from a blank bust of the forty-fourth president Barack Obama. Everyone had their own designs and stories.

My favorite piece from this exhibition was “The Dream Keeper” by Louis Delsarte who sadly passed away on May 2, 2020. He was born in Brooklyn, New York, and was a professor of art at Morehouse College in Atlanta. His artworks can be found in The Metropolitan Museum of Art, The Camille Hanks Cosby Museum at Spelman College, The University of Delaware, and New York University. His bust has Obama painted with multiple colors on him and it represents how President Obama’s life experiences were multi-cultural and multi-dimensional. Delsarte states that the color and texture suggest that a continuum of peace, friendship, spirituality, and hope is possible. I really like his use of contrasting colors and thick strokes recalling the style of the Impressionists. The last day for this exhibition is Dec. 31.

“To Whom Much is Given” is an “exhibition and a complimentary suite of programs about the lives and careers of Dell Pryor and Josephine Love.” Pryor and Love both have contributed to the art ecosystem here in Detroit. The title of the exhibit comes from a line from the Bible: “To whom much is given, much will be required” (Luke 12:48). This exhibition has three movements. The first movement is about the two women and their early lives and what inspired them to soar. The second movement is about their careers as artists, activists and community makers in Detroit. The final movement is about their long-term impact on the arts and culture in Detroit. There are also literary and contemporary artworks from commissioned artists impacted by both women.

My favorite piece for this exhibition was the literary piece by Jessica Core Moore, who was born in Northwest Detroit. She has done some activist work for the Detroit art scene. The piece states “When you are born with ancient eyes and access to the world, a black girl can create her life out of her imagination,” and goes on to say, “We, who are fortunate to be poured into with love and care, become the torchbearers for our future dreamers. They are the rivers that never stop running. They are the century old fire continuing to burn. To Whom Much is Given, much is expected, and much more is earned.” Moore’s poem summarizes the whole exhibition beautifully. The last day for this exhibition is Dec. 31.

“Detroit Jazz: The Legacy Continues” highlights “Detroit jazz musicians who also made an impact on the local, national, and international jazz scene.” This exhibition was in the works for at least two years and was supposed to open in 2020 but was delayed due to the COVID pandemic.

In 1975, jazz was declared America’s classical music and recognized as America’s original music genre by William Billy Taylor, Ph.D. New Orleans was where jazz was created. Black musicians used jazz to communicate their pain, joy, spirituality, and racial oppression. During the 19th century, Black musicians began moving from the south to find jobs and because of this, they spread jazz throughout the United States.

Black musicians in Detroit during the 1920s expressed themselves with swing, ragtime, marching band music, and bebop. In Detroit during the 1940s, black communities like Paradise Valley and Black Bottom had many places for musicians to play and jazz lovers to listen to jazz. Detroiters found an musical escape from racial oppression through jazz. To this day jazz still serves as a way marginalized groups escape racial problems and it remains influential in other genres including rhythm and blues, hip-hop, techno and rap.

My favorite piece in this exhibition is the picture of the International Sweethearts of Rhythm playing at the Graystone Ballroom in Detroit, Michigan. The International Sweethearts of Rhythm was the first racially integrated all-female jazz orchestra and they traveled around the United States during the 1930s and 1940s. During this time women were rarely recognized as instrumentalists and brass aficionados. They became popular during World War II because many male jazz artists were serving overseas. This gave women the opportunity to show their talents. It was nice seeing a group of women from different backgrounds being able to share their love for jazz together.

“Detroit Jazz: The Legacy Continues” has so many artworks and so much history you can discover. This exhibit ends Feb. 28, 2023.

The Charles H. Wright Museum Of African American History was founded in 1965 and then opened in 1966 by Dr. Charles Howard Wright. He was a successful Detroit physician and civil rights activist. Dr. Wright was inspired by the memorial to World War II heroes in Denmark during the mid-twentieth century. He felt that opening up an African American Museum that celebrates its culture was an important task because to him “ensuring that generations, especially young African Americans, are made aware of and take pride in the history of their forebears and their remarkable struggle for freedom.” The museum seeks to open minds and change lives “through the exploration and celebration of African American history and culture.” The museum shares its vision “of a world in which the adversity and achievement of African American history inspire everyone toward greater understanding, acceptance, and unity.”

The Charles H. Wright Museum of African American History is located at 315 East Warren Avenue, Detroit, Michigan. It is open from Wednesday - Saturday. Ticket prices for admission are $15 for adults, aged 13-61, $12 for seniors, aged 62 and over, and $12 for youth, aged 3 -12. Children under 3 and members are free.