Let it Glow: “Wild Lights” at the Detroit Zoo is Looking Brighter Than Ever 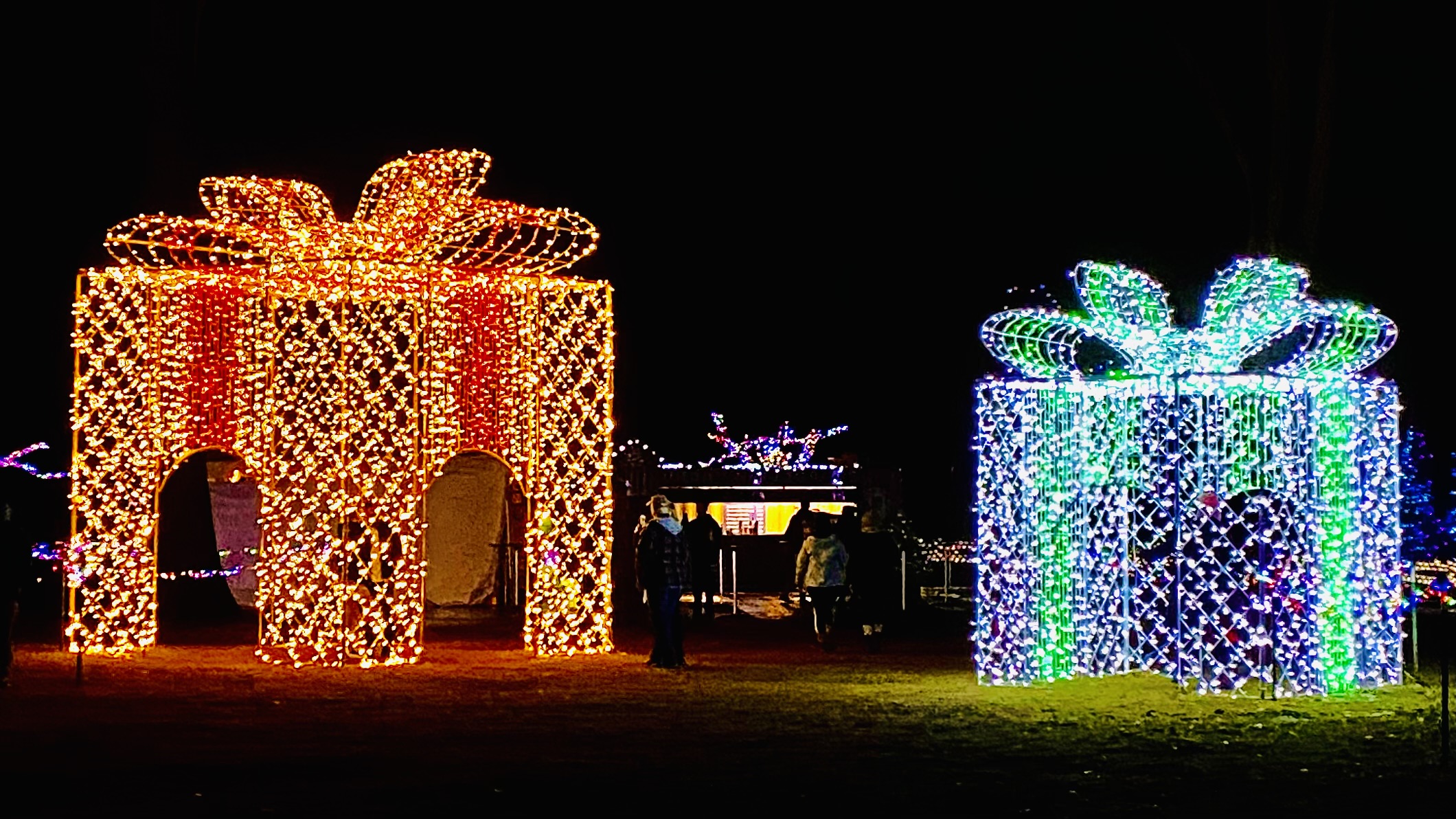 More than 5 million twinkling LED lights brighten the evening sky and illuminate the zoo. According to the zoo’s staff, there are approximately 445 trees and 280 sculptures creating a magical experience for all ages. For the first time in eight years, the event recently opened the Enchanted Trail, giving visitors a new experience to add to their long list of stops to make along the way. The trail features an immersive forest of lights, seasonal music, and sounds of the season.

The highlight for many of the families who visited the holiday lights was Toyland and the Wishing Tree. The young children were especially fond of the Wishing Tree because of its enormous size, changing patterns, and colors that would uniquely alter with each person who stepped forward to make a wish. The tree would talk back and create a genuine sense of magic and cheer- perfect for making holiday wishes.

Additionally, visitors were mostly found in small crowds at Toyland, which displayed life-sized toy sculptures such as airplanes, teddy bears, and presents made from vivid colored lights. However, it is best known for its 40-foot-long lighted train that ended up being one of the best spots in the zoo to take a family photo. Along the way, visitors stop by the food trucks for hot chocolate, buttered pretzels, kettle corn, and other festive delights throughout the zoo. The Wild Lights Lodge is another new feature that has been incorporated into this traditional holiday event this year and offers a nice place to warm up and take in the holiday spirit while enjoying live entertainment and s’mores by the fire.

This event is just one of the many features that have been added to the Detroit Zoo since it was first established in 1883. However, due to a lack of finance at the time, the zoo was forced to shut down after just one year. Thankfully, some of the animals were given new homes in exhibits on Belle Isle. In 1911, several prominent Detroiters formed the Detroit Zoological Society and started planning for a top-notch zoo, marking the start of a second attempt to create a zoo. On August 1, 1928, the zoo finally made its debut at the current location we know and love today.

The National Amphibian Conservation Center, launched in June 2000, is now a fixture at the Detroit Zoo, along with the Arctic Ring of Life, one of the world’s largest polar bear exhibitions. The new educational possibilities of this extended habitat include walkways that bring visitors closer to the animals and provide interactive learning experiences incorporated into the design, which benefits the zoo’s yearly visitors.

The non-profit Detroit Zoological Society and the City of Detroit signed a long-term operating agreement in the spring of 2006. This meant that as long as the city remained the legal owner of the assets, the Society would be granted daily management authority over all activities. Voters in three metropolitan Detroit counties eventually passed a millage in August 2008 to aid in funding the Zoo and they haven’t looked back ever since.

Overall, the Wild Lights at the Detroit Zoo is a phenomenal dream-like sensation, so take a stroll through the lights this holiday season. This outdoor event is held regardless of the weather, so if you plan to go, you will want to prepare for the conditions.

For more information on the Detroit Zoo and to purchase tickets for “Wild Lights,” visit detroitzoo.org