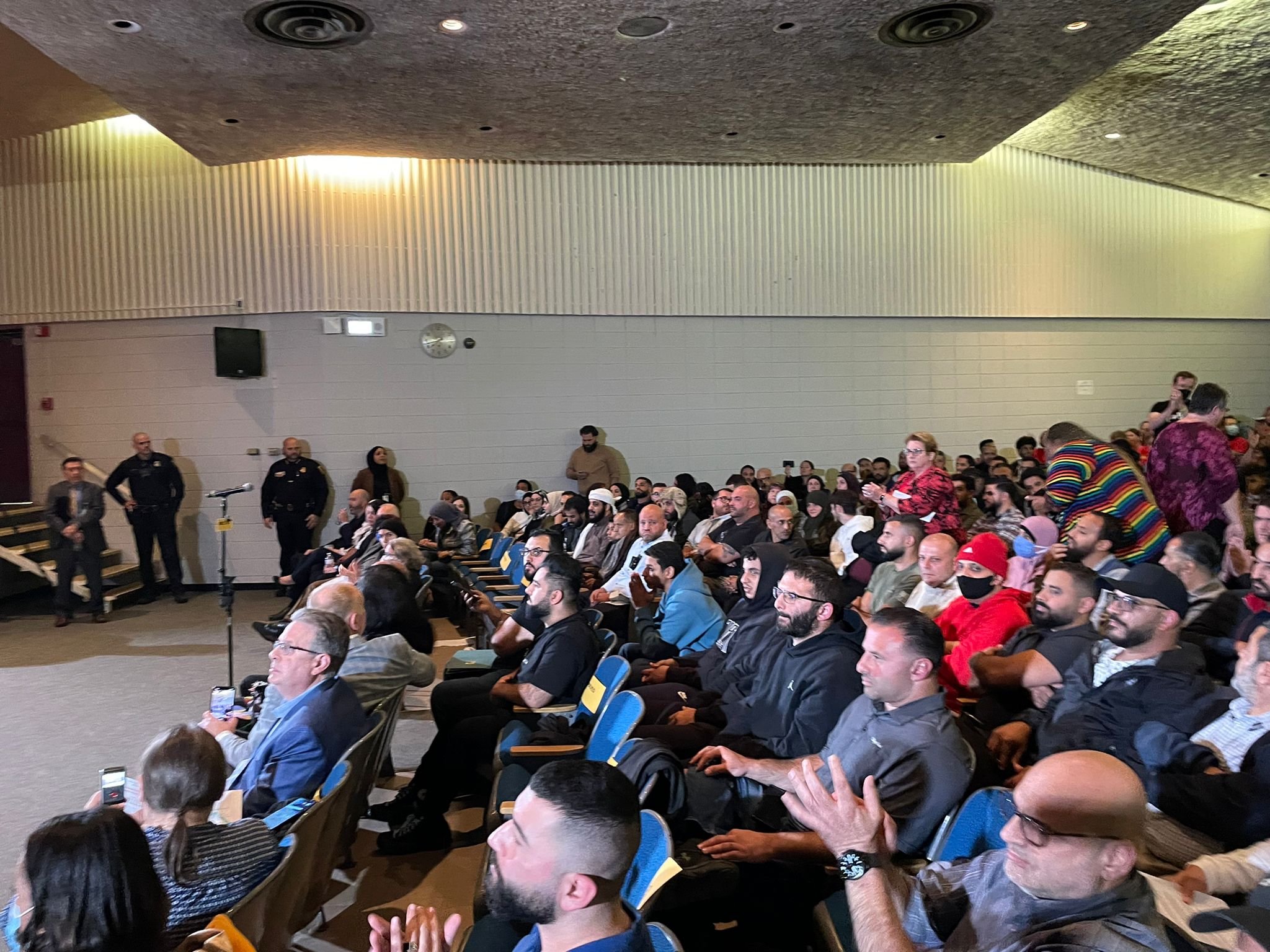 Emotions ran high at the meeting of the Dearborn Public School Board on the evening of Oct. 13. Many irate parents and citizens demanded the removal of several controversial books from Dearborn school libraries. Various citizens spoke to the school board to support or protest against the right of LGBTQ community students to have access to these books.

The six books, "Push," "All Boys Aren't Blue," "The Lovely Bones," "Eleanor & Park," "Red White and Royal Blue," and "This Book is Gay," were all available from the schools’ media centers, some only in electronic format.

The controversy began in September when Stephanie Butler, the mother of a DPS student, found these books were available to students and posted comments on her social media, igniting a fire-storm. Many Dearborn residents, including Arab American Muslims and Republican-leaning voters, expressed their indignation loudly.

In response, the Dearborn Public School Communication Director, David Mustonen, said, “The Dearborn Public Schools has not banned any books. We will be evaluating books to ensure they are age appropriate and if the content is being presented in an appropriate context. [These books] will be reviewed once all of the procedures and processes for a book review have been completed.”

Mustonen also noted that student access to SORA, the web-based system that provides access to e-books in the Wayne consortium has been temporarily removed while the district works with the Overdrive software company to manage electronic book access at different grade levels.

The Board meeting was rescheduled for Oct. 13 after the Oct. 10 meeting had to be adjourned. The Oct. 10 meeting was a regularly-scheduled monthly meeting held at the Dearborn Schools Administrative Center on Audette Street, but the Board members did not expect the meeting to turn into a shouting match of opposing sides. Hundreds of concerned citizens turned the meeting into a demonstration that had the potential to turn violent had it not been for the intervention of the police. The Dearborn Fire Marshall, Joseph Murray, called an early halt to the Dearborn Public School Board meeting citing safety concerns.

The meeting was reconvened in the auditorium at Stout Middle School on Oct. 13 where there was a noticeable police presence around the meeting’s location and inside the auditorium. Despite the fact that the school district had prohibited signs in the auditorium, many attendees still came carrying protest signs. Several parents were asking questions directly to the Board members arguing to remove books they feel are too sexually explicit, violent, and not age appropriate.

One parent came from Canton, Michigan, to support her friends in Dearborn. “Why aren’t Dearborn public schools not focusing on science, math, social studies?” she asked. “I don’t live in Dearborn, but I came tonight because if this city fails, all other areas will be at risk.”

A dad who lives in Dearborn had the opportunity to talk for three minutes. He said, “I mean their books are really bad. When I’m looking at them, I cringe. They don’t belong in the hands of 13, 14, or 15 years-old kids.” Dylan Wegela, a high school teacher in Dearborn said, “I want this to be a space where everybody is welcome, but students don’t feel safe in our schools. Look at Monday. Our staff isn’t even comfortable enough to be out in public.”

Wegela then unfurled an LGBTQ pride flag and said “I should be able to hang this flag in my classroom tomorrow with no problems at all.”

Brian Stone, decorated Navy veteran and Dearborn resident who wrote an article in the Huffington Post six years ago in support of the Dearborn Muslim community, spoke directly to the audience: “You’re not trying to ban a book, but you are trying to ban gay people.”

The books in question have been temporarily restricted while they are being reviewed by Dearborn Public School officials to determine their appropriateness for students.

Additional coverage can be read in the Oct. 24, 2022, print edition of The Mirror News available on news stands on the main campus of Henry Ford College, Dearborn, Michigan.