A Walk a Day keeps the Doctor Away 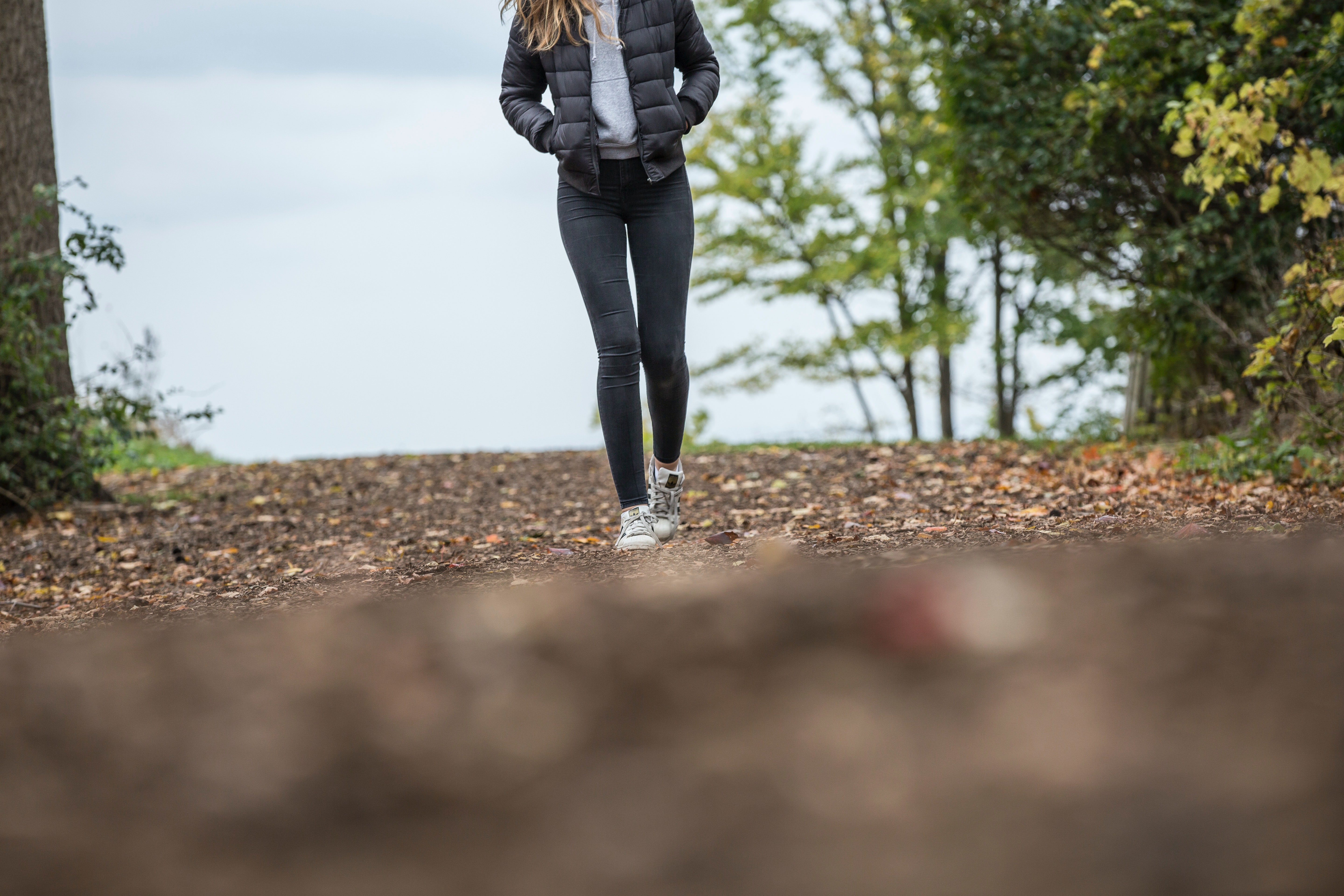 Photo of someone walking by Sebastian Voortman courtesy Pexels.com

With constant media coverage on Monkeypox, Avian Flu, and whatever the latest strain of the Coronavirus is, a person could be easily confused about what most significantly ails this country, but the statistics are not ambiguous. According to the Center for Disease Control and Prevention (CDC), heart disease has been the leading cause of death in the United States for more than 100 years, killing nearly 700,000 Americans in 2020 alone, or one out of every five deaths in this country. Physical activity is widely understood to help prevent and relieve heart disease.

“If exercise could be packaged in a pill, it would be the single most widely prescribed and beneficial medicine in the nation,” says Robert Butler of the National Institute on Aging. So how much of this magical medicine is a person supposed to take?

Current U.S. exercise recommendations come from the “Physical Activity Guidelines for Americans” published in 2018 by the U.S. Department of Health and Human Services, Office of Disease Prevention and Health Promotion. These guidelines are corroborated by many leading health authorities like the American Heart Association (AHA), the CDC, and The American College of Sports Medicine.

The suggestions for adults are as follows: 150-300 minutes of “moderate” intensity or 75-150 minutes of “vigorous” intensity aerobic activity per week (or some combination of the two), preferably spread out over multiple days. The guidelines also suggest moderate to high intensity strength training at least two days per week and sitting less.

A July 2022 paper published in an AHA scientific journal is titled “Long-Term Leisure-Time Physical Activity Intensity and All-Cause and Cause-Specific Mortality: A Prospective Cohort of US Adults.” Researchers followed a large group of American adults over a long period of time periodically asking them about the physical activities they did to see if they could notice any relationships to their health. In the case of exercising for health benefits, apparently sometimes more is better. Researchers followed more than 115,000 people over a 30-year period asking them to record their exercise habits every other year. One group comes from the “Nurses’ Health Study” which began in 1976 and is comprised of female nurses ages 30-55 years old. The other group was the “Health Professionals Follow Up Study” beginning in 1986 with male health professionals ages 40-76 years old.

Participants answered biennial questionnaires about how many hours they spent over the past year doing a variety of activities including, “walking, jogging, running, swimming, bicycling, performing calisthenics and other aerobic exercises, playing squash/racquetball or tennis, engaging in lower-intensity exercise, weightlifting, and working outdoors.”

Moderate activity was defined as anything less than 6 METs, including activities like walking, weightlifting, bodyweight exercise (calisthenics), or low intensity exercise. Vigorous activity was defined as anything at 6 METs or greater, like jogging, swimming, bicycling, tennis or climbing stairs. Moderate versus vigorous activities were tallied according to METs achieved per week. Researchers also asked the participants questions about the foods they ate and the overall quality of their diets once every four years.

Participants were put into nine different groups according to how many METs they achieved per week. Groups included inactive (zero minutes), insufficient (up to 75 minutes), and sufficient (up to 150 minutes). And two, three, or four times the recommended amount, all the way up to eight times the recommended amount. Throughout the course of the study about 47,500 deaths were documented and categorized as cardiovascular disease related or not.

So, did the people who exercised the most live the longest? Not exactly, eventually the benefits seem to level off, but there didn’t seem to be negative health consequences associated with the upper limits either. Alternatively, the risks of living a very sedentary lifestyle are also present. The main takeaways are that following the current recommendations will get you about a 20 per cent reduced risk of dying from all diseases, but doubling that amount gets you even more benefit. Interestingly, those who emphasized moderate over vigorous intensity activities seemed to reap the most health rewards.

Let’s imagine how this might apply to your daily life. Here is a hypothetical health optimization activity log. A 30-minute brisk walk at 3-4 mph every day, say, before or after any meal would add up to 210 minutes per week. That puts you within the current recommendations, which is good, but if you’re up for it, there are more benefits to gain.

In addition, try to commit to at least one hour of moderate activity each day on the weekend, not necessarily all at once. You could do 20 minutes of gardening in the morning, 20 minutes of housework after lunch, then a 20-minute bike ride in the early evening, not to mention your daily walk. Half hour walks every day plus 60 minutes of light to moderate activities like housework, gardening, yoga, riding a bike, or more walking would put you at a whopping 330 minutes per week, potentially without even breaking a sweat!

For beginners, the idea is to ramp up slowly according to the FITT principle, which advises us to consider frequency, intensity, time, and type of exercise as variables that should be controlled with care. The general guideline is to first increase time while maintaining intensity, then to dial back time when increasing intensity so you don’t overdo it. For instance, try walking briskly for forty minutes before you try jogging for ten minutes. The name of the game is to avoid injury and discouragement by starting small, staying consistent, and keeping proper form in mind. Don’t do anything today that will prevent you from doing something tomorrow. Do activities that you enjoy, it should be fun.

Some of the limitations mentioned in the study are that the demographics were very narrow, most of the participants were white women. We should strive to diversify the participants in the future. Additionally, there is the confounding variable of the healthy and unhealthy user effects which is difficult to control for. The healthy user effect describes the tendency that people who engage in one healthful behavior, like exercising, are more likely to engage in other protective behaviors, like eating a balanced diet, not abusing drugs or alcohol, or having regular appointments with healthcare professionals. Likewise, the unhealthy user bias suggests the inverse. This makes it difficult for researchers to determine causation from the tangled web of behaviors.

In the future, researchers should leverage the use of biometric wearables like the Apple Watch. By automatically collecting information like heart rate and speed of motion the data may be more reliable than self-reporting.