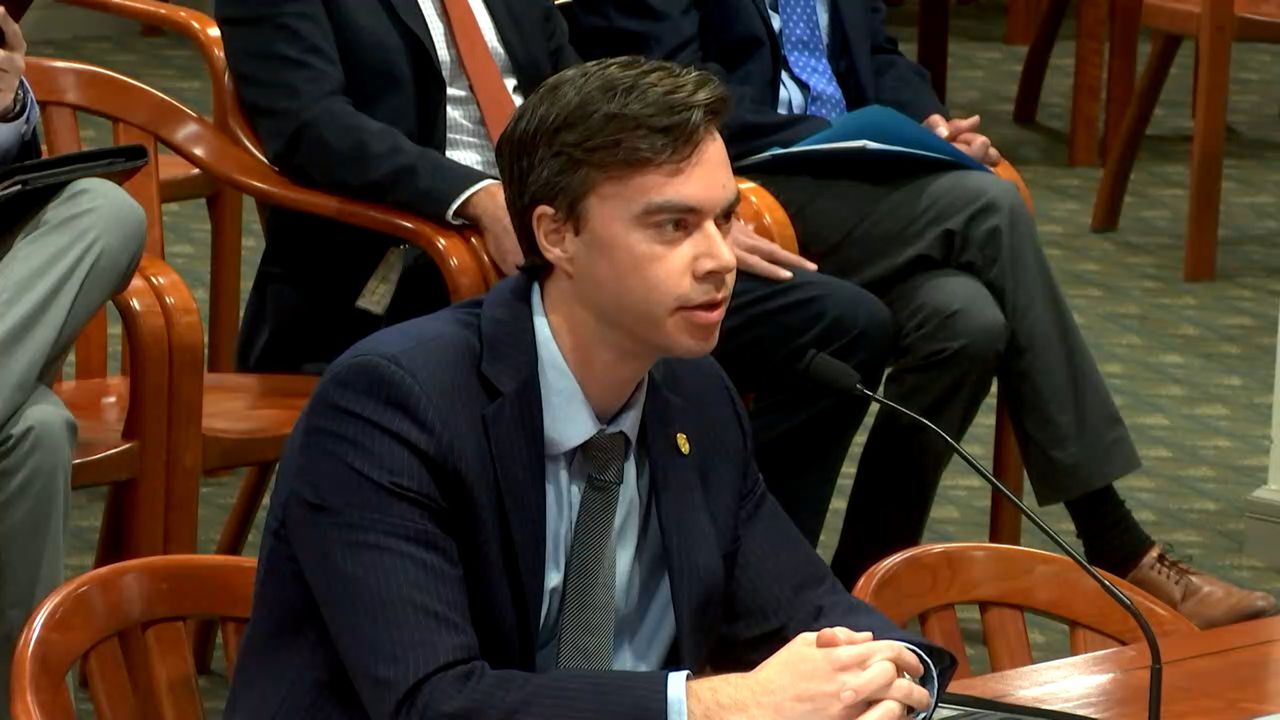 State Representative for Michigan’s 16th District, Kevin Coleman, has served in the Michigan House since 2019. The 16th district included portions of the city of Wayne and Westland. Due to redistricting by the voter-approved Michigan Independent Citizens Redistricting Commission, Coleman is running for re-election for the 25th district, which now includes Wayne, majority of Westland, Canton (partial) and Dearborn Heights (partial). Coleman will be on the ballot this Nov. 8, 2022, after winning the August primary. His challenger is Republican Scott T. Barlow. He is running for re-election his third and final term as a State Representative. Kassem Doghman: When did you first develop an interest in politics?

Coleman: I became interested in following politics and current events as a high school student, which was during the days of the Bush administration and the invasion of Iraq. As new information became available about the pretenses of the invasion and the misinformation that had been presented to justify the war, I recognized the importance of keeping the government honest and accountable to the people. That led to a strong interest in local politics, and later in life I became a regular attendee at local government meetings.

KD: Is your position as state representative your first foray into politics? What led to your decision to run for this position?

Coleman: My first attempt at seeking public office came in 2011, with my first campaign for Westland City Council. I was not successful that year, but I learned a lot of new things that would become useful later. In 2013, I decided to try again and I ran a successful campaign and became a council member. I served on City Council through 2017, which was when I decided to run for mayor. While I wasn’t successful in that race, I decided to run the following year for a vacant seat in the Michigan House. Serving at the state level appealed to me for a lot of reasons, but my greatest motivation for becoming a legislator was my interest in education. As a former music instructor, I’ve seen how learning can transform the lives of young people and inspire them to continue growing. I’m committed to providing great educational opportunities for students across our state.

KD: What was the most difficult aspect of the campaign for state representative. What was your favorite part about campaigning?

Coleman: The most difficult part of running a solid campaign is always the non-stop, around-the-clock workload that comes with doing it right. It’s a lot of work introducing yourself to a district of about 100,000 people, and you have to make sacrifices if you’re going to put in the time. Fortunately for me, it’s work that I enjoy. I have a lot of fun getting out into the community and talking to voters, meeting new people and hearing their stories. My favorite part has always been knocking on doors and hearing from the residents about their thoughts, ideas and concerns.

KD: You previously ran for mayor of Westland. This campaign was unsuccessful. What do you think you could have done differently? How did that experience affect you personally?

Coleman: While my campaign could have been a bit more strategically focused, looking back I’m proud of what my team accomplished that year. I had served one term on City Council, but I was still relatively new to the local political sphere. I started with minimal name ID and launched a long-shot campaign against a widely known, long-time incumbent. Despite the long odds, I received over 40% of the vote. I’ve always been incredibly grateful to the many volunteers and supporters who were behind me during that election cycle. I came away from the experience feeling inspired to try again, realizing that with a little bit of refinement to my campaign strategy I would have a great shot at reaching higher office in the future.

KD: All candidates run their campaigns on promises. Have you had a situation where you were unable to fulfill a campaign promise for some reason? How do you respond to your constituents in that situation?

Coleman: I’ve never promised anything on the campaign trail that I wasn’t sure I could deliver, so fortunately I have not ever been in a situation like that. It’s true that as a candidate, some of the policy proposals you talk to voters about are dependent on the support of other legislators. I’ve always been clear about that while talking to the voters, acknowledging the political realities of taking elected office. In many cases, the most I can promise is that I will fight for a cause and work diligently to earn cooperation from my colleagues.

KD: What aspects of being a state representative do you find most fulfilling personally?

Coleman: I’m constantly moved by a strong sense of connection to my community, as well as the recognition that I can have an impact on the quality of people’s lives.

KD: What are your future plans after you finish your final term as state representative?

Coleman: This November, voters will consider a policy change that would allow Michigan House members to serve up to 12 years in total. We don’t know whether the initiative will be approved, and the uncertainty makes it difficult to have a concrete plan for what my next steps will be. However, regardless of when I leave the Michigan House, I believe I will continue in public service.

KD: If you could no longer be involved in politics, what other career choice would you make?

Coleman: I might pursue a path in music education, as that has always been a passion of mine.

KD: What advice would you give someone who is interested in getting involved in politics or wants to pursue politics as a career?

Coleman: The best way to get started is at the local level. Get to know your local elected officials by attending meetings, town halls, coffee hours, and other public events. Learn everything you can about your community and its needs, and then look for ways to make things better. The rest will fall into place once you start down that path.

The interview with Kevin Coleman was held in Dearborn Heights on Sept. 10, 2022.