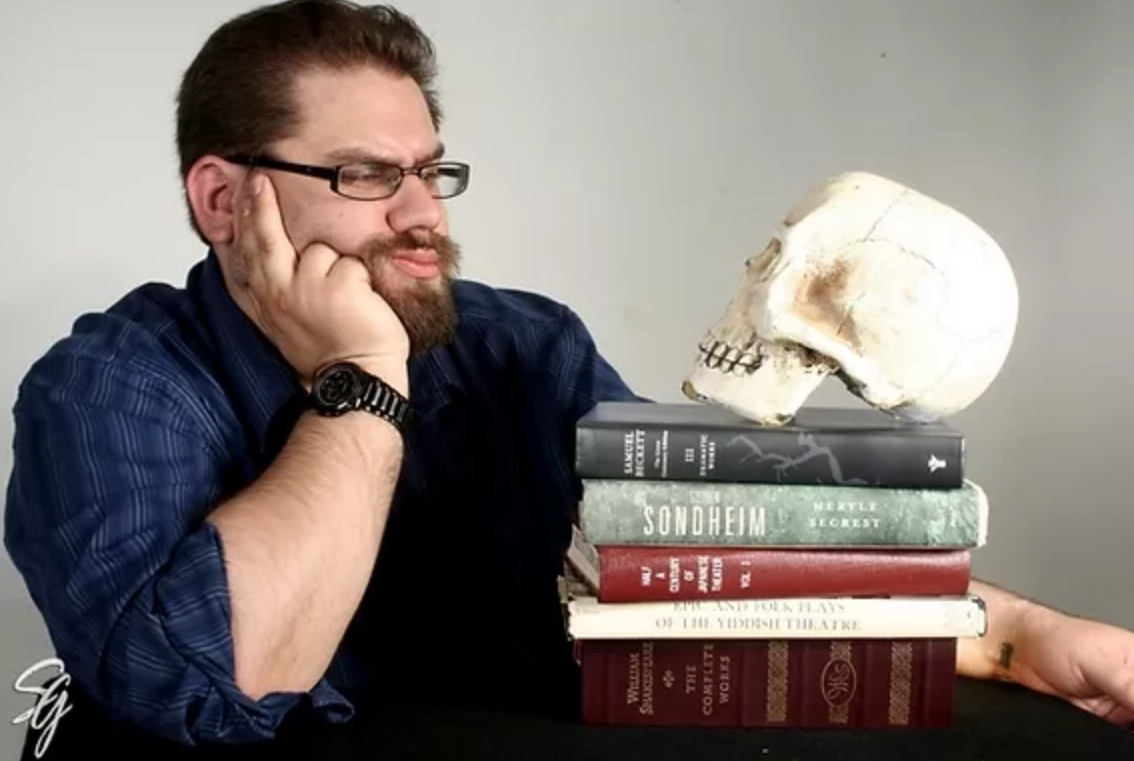 Dr. John Michael Sefei started his college journey at Northern Essex Community College in Haverhill, Massachusetts, and graduated in 2014. It completely changed his life. He went to Northern Essex Community College not knowing what to expect and fell in love with it. “That love continued even after I left. There are a lot of amazing things at universities, but what I always saw at community colleges was that I was surrounded by people who were there because they wanted to be there. They had that drive towards something and that was not always what I felt from my peers at other universities. Everyone I knew at community college was there fighting to be there and had a thirst to be there and I loved it.” This made him want to teach at a community college.

Community college is where Sefel feels like he can make a difference. He remembered the first community college he went to and the Latin motto was “light, in spite of” which he loved. When he looked up Henry Ford College’s Latin motto it was “for the good of all, for the good of everybody.” Sefel said “I am like yes, this is, yes. That is what education is supposed to be. This is what community is supposed to be.” After talking to a lot of different community colleges, Henry Ford College impressed him the most. When he looked on the HFC website he saw that it was student focused. It had information on how you can come to HFC for free or as close to free as possible. Information on how HFC can help with your upcoming interview and that they have a program with JC Penney to help make sure you are dressed for success.

During his interview process, Sefel recalls one of the teachers had said, “they have been here for more than twenty years. I cannot imagine anywhere else. It is hard work and long hours and I love every single time I get to spend with these students.” What he heard was a community of teachers who felt about teaching the same way he did. He felt at home here Instantly even via zoom all the way from Columbus Ohio. When he showed up on campus, he was happy that what he felt was right.

Sefel is trying to work on having theater seasons that reflect the community of the actors. One thing that he has begun doing is trying to make it where every single year HFC will have at least one play that is by someone who identifies as Arab American. This year it will be “Tenderly” by Ida Esmseili, which just had a run in Scotland at the Fringe Festival. Sefel has started conversations in the community to figure out how to build an Arab American playwriting festival here at the college.

Sefel states, “if it’s going to be a Hub for Arab American culture it should be Dearborn since it’s a huge part of this area,” He also says that the Arab American culture is not the only part of this community but also the working class, people who are proud of their city like Detroit, and people from union families. All those things influence not only the shows that will be chosen and the ticket prices, but also the casting practices.

Sefel’s first Henry Ford College theatre production will be “The Passage” by Robert Lawson, a play inspired by Herman Mellville’s Moby Dick.One of the reasons why he chose this play is because he could cast anyone and everyone who showed up due to it needing a huge cast. There are over twenty people who are in the play, plus the crew and everyone else makes well over thirty-five people working on the show from different departments.

Sefel’s short-term goal for this semester is to get people back into the theater. His immediate concern that he had was convincing people to come back to the theater after the COVID-19 pandemic. When he held the first audition this month for “The Passage,” twenty-nine people showed up. So, his first goal has already been accomplished and theatre classes have also been growing with wonderful engagement. There has also been a great deal of interaction between different majors in the art building. Music majors are contributing to the shows. Graphic designers did some projections for the Theater department. The whole building is getting involved, and Sefel’s goal is to stretch that beyond the art building to the whole campus. Sefel’s long-term goal is to grow back the theatre program. “We have a seventy-four-year history at this point, and we have had some great highs over the years.” After COVID, everything went quiet. Sefel knows that building the theatre program back up is not the only part, but he also must build in new ways, like the Arab American Playwriting Festival. Once the festival is established, Sefel is hoping it becomes an annual event in the next three to five years. Sefel also knows he can’t do it alone, and he wants to hear from the students and faculty for more ideas.

Students can get involved in the theater program by joining the new theater club, which meets once a week. They are currently still sorting out the times. Any students from Henry Ford College or the University of Michigan are welcome to join. In the theater club you can just be a part of the club, hang out and play theater games or you can be a part of the onstage and off-stage plays. For every person, you see on stage there is a whole crew of people making it happen off stage such as lighting designers, costume designers, sound designers, and front-of-house businesspeople. “There are people who go into nursing specifically for theater and for dance. Whatever someone’s major is, we can absolutely work with them to figure out how to make it work for your portfolio for your degree,” Sefelsays. There are also classes that are open to any major like the directing class this semester. Sefel is trying to add a playwriting class. Sefel is hoping in the next year or two to start having nights of one-act plays that students can come in and direct. The easiest and lowest-stake way to get involved with theater is by showing up to the shows. “We have tons all year round! Come be part of the audience!”

Sefel has a background in disability theater. He has published about it and has done a lot of work in that area. He has also worked with companies that work with disabled members. “All are welcome, and we will find ways to work through and certainly keep it private.” In the upcoming play there are a few people with disabilities. There is also a disabled character played by a disabled person with a similar condition.

Sefel’s advice for students whose first language is not English, “If you are coming in and we are doing cold readings and you are worried about that, talk to me.” Cold readings are when you are just handed a script and you read it. He tries to avoid cold readings. He believes it is unfair to many students, not just those for whom English is not their first language.

One of his proudest accomplishments was working on an urban project with refugee children. The refugee children did not know English at all but made sure to create an environment where they could enjoy themselves. “We were creating theater specifically that they could come in and enjoy and have this communal experience in this place that still felt very much not like home and try to make stories where they could say ok, I am having a wonderful time.”

Sefel wants everyone to feel welcome. “Whatever you bring with you we want to figure out how it is a strength, not a weakness, how we are going to really shine on it instead of changing it.” For people who think they do not like theater, and they are no good, Sefel wants you to know that theater is an art form just like music and visual art. “Yes, you know a painting in a museum is a type of art but so are the doodles that you draw in class. Theater is the same way every person can find a way to express themselves. To anyone who is there and wants to applaud them. And if that’s not theater, I do not know what it is.”

“The Passage” by Robert Lawson will be performed on December 1st, 2nd, 3rd, and 4th. The next two plays will be performed together, and the titles are “5 AM Pancakes” by Alexa Juanita Jordan and “Tenderly” by Ida Esmaeili on January 20, 21, 27, 28, and 29. The final play this season will be “She Kills Monster” by Qui Nguyen on April 22, 23, 28, 29, and 30. Information on tickets and performances can be found on the theatre program website: www.hfcc.edu/academics/programs/theatre