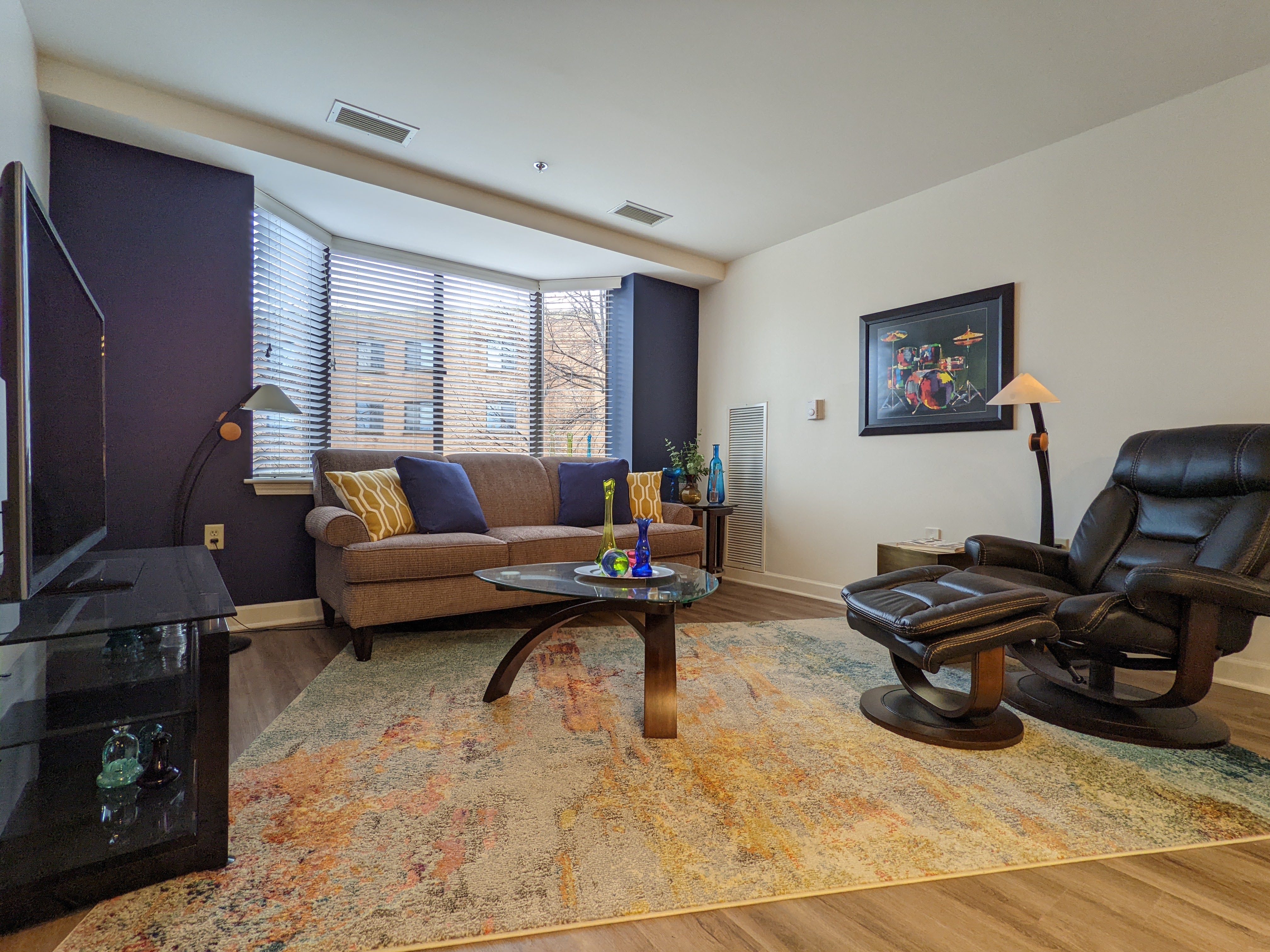 Henry Ford Village was a senior assisted living facility with hair salons, restaurants, doctor offices, and more. When I took a tour in 2017, our guide said with all the amenities, residents rarely have to leave the facility. Henry Ford Village partnered with Henry Ford College, Wayne State University, and Eastern Michigan University to create a program called Student Designer Show House for interior design students. Sara Smereka is an interior design teacher at Henry Ford College who helped students with their CAD drawings during the program and was the project manager for Wayne State University’s program in 2019.

According to Smereka, Henry Ford Village was trying to show that they were different from your standard assisted living facility and were thinking about the generational changes with their clients. They wanted to reach out to the community by involving interior design college students. They cared about what their clients were living in and did not want it to feel like an assisted living facility. They wanted people to feel like they were moving into the next phase of their life and not the end of their life. Smereka believes that this was really great motivation for the students and for the residents.

Between 2017 and 2020 Henry Ford College’s Interior Design department designed four apartments. During this time Karen Wilmering, the interior design department coordinator, was the project manager over the program and kept it close to her heart. In the 2017 - 2018 school year, Henry Ford College students designed the first apartment. In 2018 - 2019, they designed two more apartments. In 2019 - 2020, the students designed the last apartment.

Since Henry Ford Village opened the program to the three schools, every year there were three empty apartments, one designated for each school. In the second year, Henry Ford College was able to do two rooms because Wayne State Univesity did not take part and Henry Ford College had enough students to do two apartments. Following the success of redesigning the one bedroom apartment home in 2019, HFC interior design students were asked to design two additional two-bedroom apartments. During this year, both of the apartments ended up being over budget because of unforeseen structural changes that had to be made when they opened up the walls. Heating ducts and electrical systems had to be rearranged. Because it is a multiple story building, the apartments below and above had to get renovated to match the new layout. Henry Ford Village loved the layout and wanted to continue with the plans despite it being over budget. During the 2019 - 2020 school year, only Wayne State University and Henry Ford College participated, but they could only do one room each because the apartments from 2018 - 2019 had not been sold yet.

During the program, students had to research Henry Ford Village and the people who lived there. They had to make sure they followed ADA standards. After the research, they would interview Henry Ford Village staff and residents. Following the interviews, they would create concepts, inspiration boards, and think about the materials they could use. They would go back to Henry Ford Village management and give a presentation of their concepts and their preliminary floor plans. With the feedback they received after the presentations, they would create a final design using the strongest ideas from the concepts. The students would present the final design to Henry Ford Village for approval. They then would hand over the construction documents so that the apartment could be installed. At the end of the project, they would host an open house. Smereka said Denise Sutton, the lead designer for Henry Ford Village, tried her best in 2020 to keep the design close to what the students had designed in 2019 despite a supply shortage because of COVID-19.

Due to the pandemic, Henry Ford Village had to file for bankruptcy in 2020. According to the Detroit Free Press, Sage Healthcare Partners are the new owners of the facility. According to Smereka, the new owners of Henry Ford Village are running the facility differently. Sutton informed Smereka that the new facility, Allegria Village Senior Community, is not doing much design work now because people are not investing their money in the same way as they did pre-pandemic. Smereka thinks the interior design program right now is on hold, which is unfortunate because it was beneficial to the students. Sutton is keeping her fingers crossed, hoping the program gets started back up. Smereka felt that it was a great learning experience for the students, and it was very valuable and will be deeply missed.