African and African American Art at the DIA 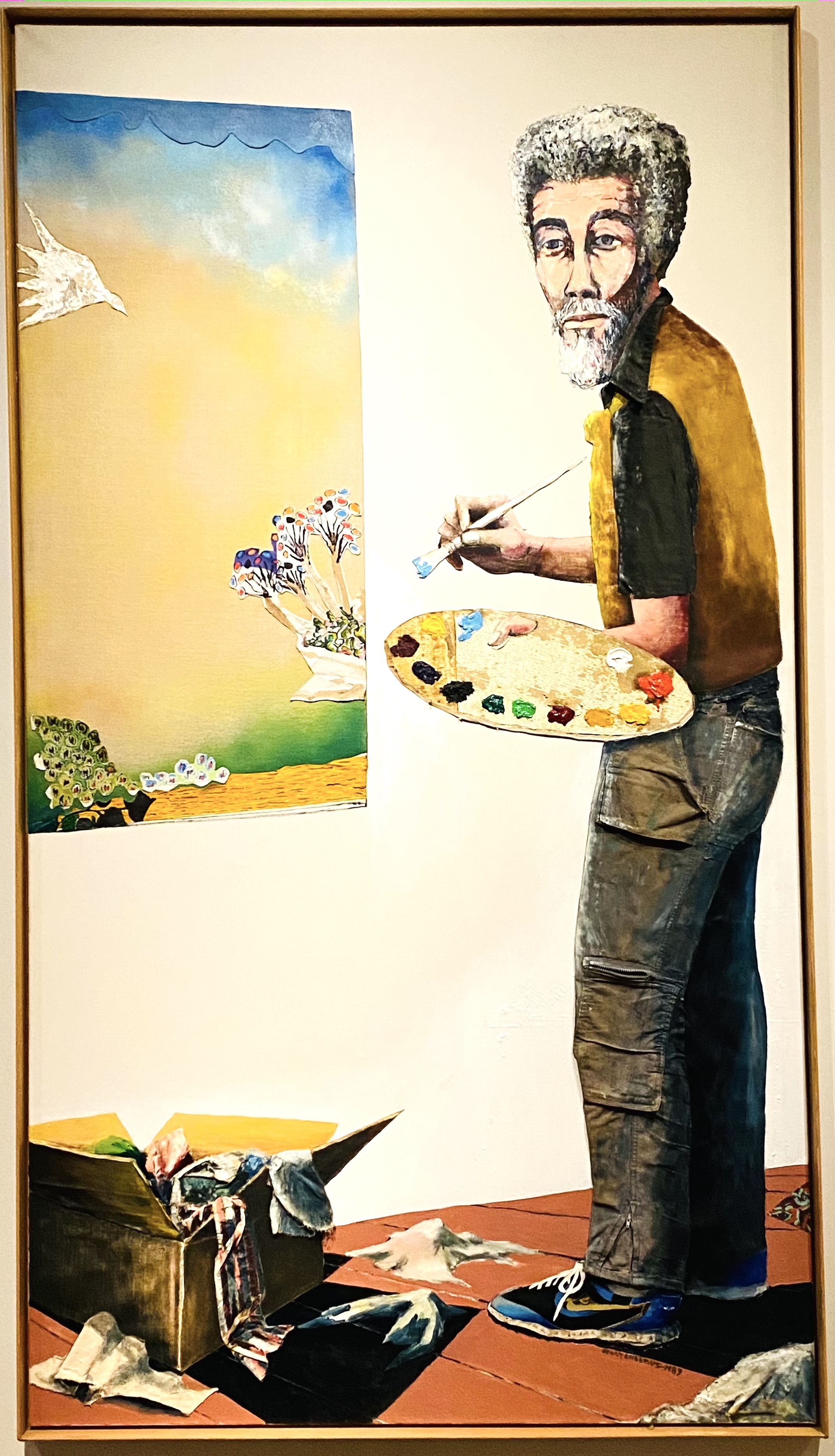 Portrait of a Collagist, 1989 by Benny Andrews, Detroit Institute of Arts. Photo by Zynab Al-Timimi.

My first visit to the African and African American Art exhibits at the Detroit Institute of Arts was a truly compelling experience. The DIA is located in Midtown Detroit, Michigan, and has one of the largest and most significant art collections in the United States with over 100 galleries.

Upon my arrival, I was given a map that directed me through the museum, starting with the African Art section on the first floor. The main specialties that captured my attention were the small sculptures of rock and wood and tools that lined the central hall. These sculptures were the most important types of art in pre-modern Africa. Many pieces depicted African people and animals. I was intrigued by the fact that many of the artifacts were made of wood, bronze, terracotta, or ivory.

To my right, I entered a room filled with various masks and costumes representing African culture from the 19th and early 20th centuries. The Bamana mask is said to be made of actual animal parts to “invoke” its powers; the antelope horns for spiritual power and porcupine quills for defense, all on a carved wooden head of a hyena. In contrast, the Senufo mask displayed next to it exhibited what the DIA docent explained to be “inherent powers through carved, unusual animal parts.”

When dancing at night, a Senufo masker would blow on hot coal placed in the mask’s mouth to produce flying embers to represent the mask’s protective power. As I walked further into the African exhibit, I noticed another impressive mask symbolizing a chimpanzee and its feathered costume that was created by the Kom people of Cameroon. The Kom wore the costume during important social activities, such as rituals for royal ancestors and funerals of honored members in the Kom society.

The African art gallery was quite small compared to the other gallery spaces in the DIA, such as the Middle Eastern, Asian, European, and American exhibits. Nonetheless, the masks, costumes, and sculptures are all part of a tradition of African art that has for centuries resisted colonization by the West. The juxtaposition of African art, some of which reflecting the history of Eurpoean and American colonization, with galleries featuring art by white Europeans and Americans, in a museum located in Detroit with its predominantly African-American population, gave me much to think about.

With the history of Detroit in mind, I visited the second-floor African American art gallery. I had to turn multiple corners to reach the exhibit because it was hidden off to the side. While the collection is small, the displayed art pieces conveyed radiant colors and vibrance that entirely illuminated the room. The “Southern Pasture” collage and oil painting by Benny Andrews was the first to catch my attention because of its simple appearance, yet bold thick texture. I learned that Andrews’s art reflects his concerns for racial injustice which is clearly expressed in his painting of the barbed-wire fence representing segregation and the African American woman and girl looking beyond the obstacles to their freedom.

Also in the African American gallery is “Blood/Sweat/Tears,” a sculpture made in 2005 by Alison Saar. The museum description states that soon after her father’s death, Saar created the sculpture with dark droplike forms all around interpreted as the blood connecting Saar to her father, sweat simulating the effort required to create the piece, and lastly, the tears expressing her grief. Saar’s sculpture is at once engaging and disturbing, a tension that makes it extremely moving.

While the DIA may not be the only museum giving more prominence to white European and American art, being in the heart of Detroit with a majority African American population makes the small size of the African and African American exhibits stand out.

The African and African American exhibitions are open to the public. General admission to the DIA is $14.00. Admission is free for residents of Oakland, Macomb, and Wayne County.