Motown Museum to Reopen after First Phase of $50 million Expansion 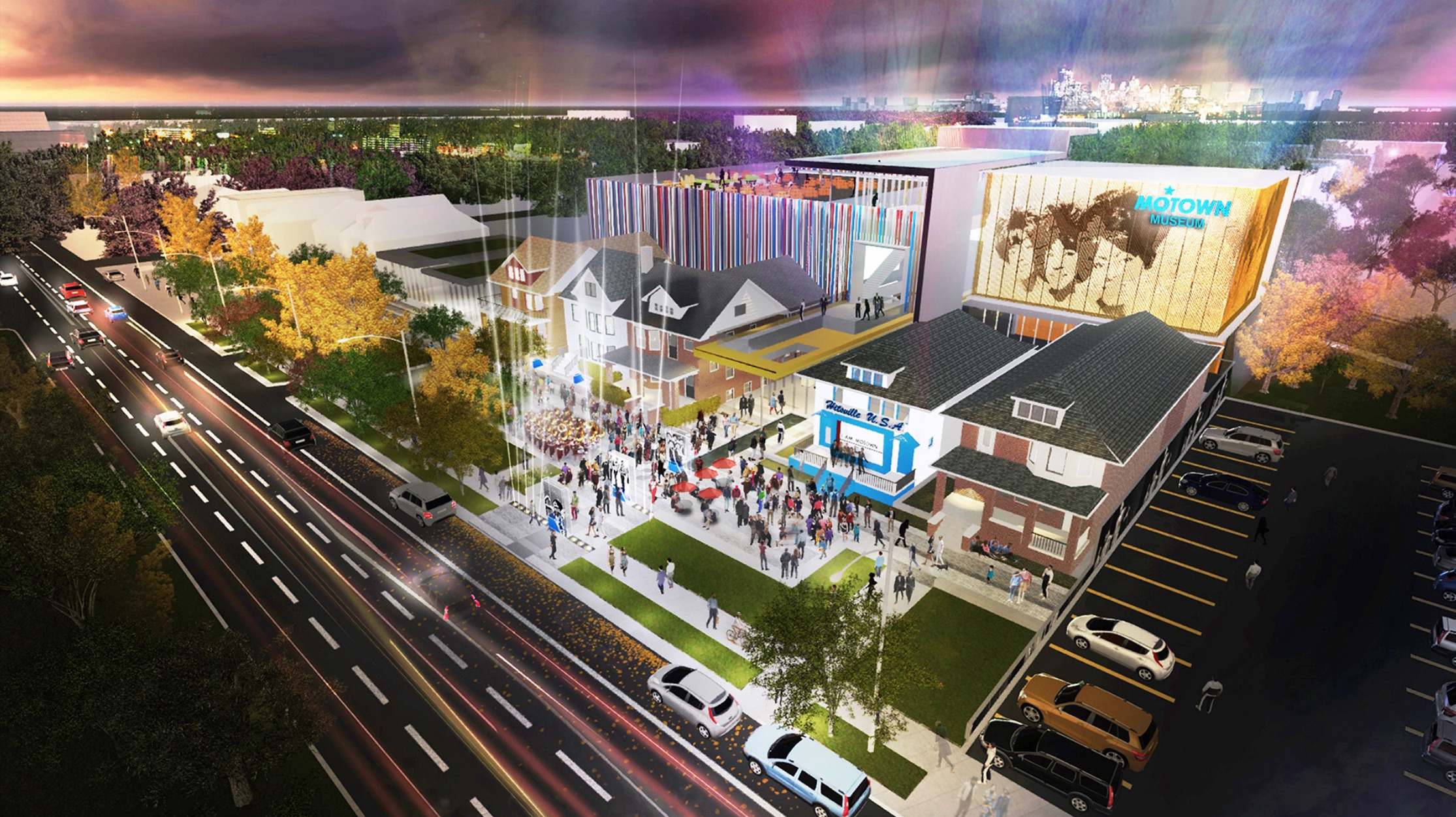 During high school, when I would take the bus to and from school, I would look out the window and see this house that really did not look like a house. I always thought that it was an at-home salon business. I never realized how much history was actually in this little house. The house I saw, located at 2648 West Grand Boulevard, is the Motown Museum.

Currently, the museum is closed and will reopen this summer after completing Phase I of the multimillion dollar expansion that began three years ago. The first phase is the renovation of the three houses owned by Berry Gordy, Jr., where he started Motown Records.

The CEO of the Motown Museum, Robin Terry, told WDET 101.9FM on July 17, 2020, that in 2019, over 9,000 people had visited the museum. During the pandemic, when they were still open, they decided not to raise the ticket prices because they wanted to lessen the burden on people who still wanted to visit the museum during these hard times.

Terry is the grandniece of Berry Gordy, the founder of Motown Records. The Motown Museum closed in July 2021 because the elevator needed repairs. Terry told the Detroit News in September 2021 that even with the elevator being scheduled to be fixed in two to three months, they would have had to shut down the museum anyway, as they were getting ready to launch the second phase of their expansion plan.

The museum received fifty-million dollars in donations. Terry told NBC News that they received donations from foundations and individual givers. According to Curbed Detroit, Berry Gordy donated $4 million to the project. The Detroit Free Press reported that Ford Motor Company, the UAW, Ballmer Group, the William Davidson Foundation, and Kellogg Foundation each donated significant amounts for the expansion. Terry told the Detroit Free Press that many are driven by their belief that a vibrant city needs thriving cultural institutions and that there is value in “leveraging an authentic brand like Motown in Detroit.”

The second phase is scheduled to be finished this summer, alongside phase I, and will consist of a new plaza that will stretch across the front of the museum, which will include a pop-up performance space and the front door of the new 50,000 square foot building expansion. The original Motown Museum, also known as the Hitsville House, will have some historic conservation work completed.

Terry told NBC News that she expects the new expansion to help revitalize the local area and bring in new jobs. The director of the museum, Paul Barker, told NBC News that “We’re expanding in terms of giving back to the community and exploring their ideas but also accommodating those who come from far and away” and “One way the museum hopes to reach the community is through a young adult entrepreneurial pitch competition.” The pitches do not have to be about music, or the museum Barker said. Terry told NBC News “It’s about inspiring entrepreneurship and being a source for those who are interested in pursuing business ownership, so I hope it not only creates permanent jobs on our campus but also elsewhere.”

The founder of Motown Records, Berry Gordy, was an entrepreneur himself. According to the BBC article, “Motown: The music that changed America,” Berry was able to kick start Motown Records with an $800 loan from his family’s collective savings. Motown Records helped create the legends we love today like the Jackson 5, Marvin Gaye, Smokey Robinson, Stevie Wonder, Diana Ross and the Supremes, and many more.

The late Esther Gordy Edwards, the former senior executive of Motown Records and the founder of the Motown Museum, was the businessperson behind Motown Records. On Erik Gensler’s podcast CI to Eye, Terry stated her grandmother was the only one out of her siblings to get a college degree, which was in business. She agreed to help her brother because he was more of a creative person than a businessperson. When Motown Records moved their headquarters to Los Angeles, California, in 1972, her grandmother stayed behind and convinced her brother to give her the Hitsville house.

Edwards wanted to maintain a presence for the company in Detroit. Terry also mentioned that her grandmother enjoyed collecting memorabilia and was the family historian. Esther Edwards would collect many different mementos, like flyers or promotional materials, and put them on the walls. People from around the world would come and stop by to see the original recording studio in the Hitsville House.

When her grandmother realized and saw that people would visit to see where the Motown magic was created, Terry stated her grandmother called her uncle and said, “Barry, maybe we made history and we didn’t even know it.” In 1985, her grandmother founded the museum and in 1987 the building became a historic landmark.

Originally, Terry did not want to take over her grandmother’s position. Her grandmother raised Terry after her mother sadly passed away from breast cancer in 1984. When the museum opened the following year, Terry had to help her grandmother host a tour instead of going outside and playing with the other kids.

In 2002, when her grandmother started having health issues and couldn’t continue working, Terry took over. Terry describes that moment as “there was sort of this passing of the torch moment that happened.” She did not realize the gravity of what this legacy was until a 21-year-old woman from Greece and a 19-year-old man from Japan sent her an email thanking her for preserving the history of the Hitsville house. Terry told Gensler, “And it was in that moment I realized the gravity of what this legacy was about.” Terry added that fans of the museum “allowed me to appreciate not only the relationships that I understood as a kid with the artists as family, but to see them not just as like an extension of the family, but, ‘Wow.’ Like, ‘They really did something big and important in the world and helped to change people’s lives and bring them together.’ So, full circle. It became something that I’m extremely passionate about.”

According to the Motown Museum website, the full expansion will eventually include interactive exhibits, a professional recording studio, an expanded retail experience, a state-of-the-art performance theater, and smart classrooms and meeting spaces. You can also see the concept video of the project on the Motown Museum website. The video created by architecture firm Hamilton Anderson, first shows the front of the museum with its new plaza and the entrance of the new building on West Grand Boulevard. It then swings around to the back, showing off the new courtyard and multi-colored exterior of the new building. The video rendition then swings to the second entrance on Ferry Park Drive.

Even though the museum is currently closed, a virtual exhibit called “Still Going On” celebrates the 50th year anniversary of Marvin Gaye’s album “What’s Going On.” According to the Motown Museum website, the “exhibition is a pairing of historical and contemporary photographs with selected tracks from the album meant to inspire introspection and conversation about what has—and hasn’t—changed since the album was first released in 1971.” You will have an option to listen to a brief clip of the chosen songs as you go through the virtual tour.

For updates on the museum expansion, when it will reopen and information on upcoming evens, go to: motownmuseum.org