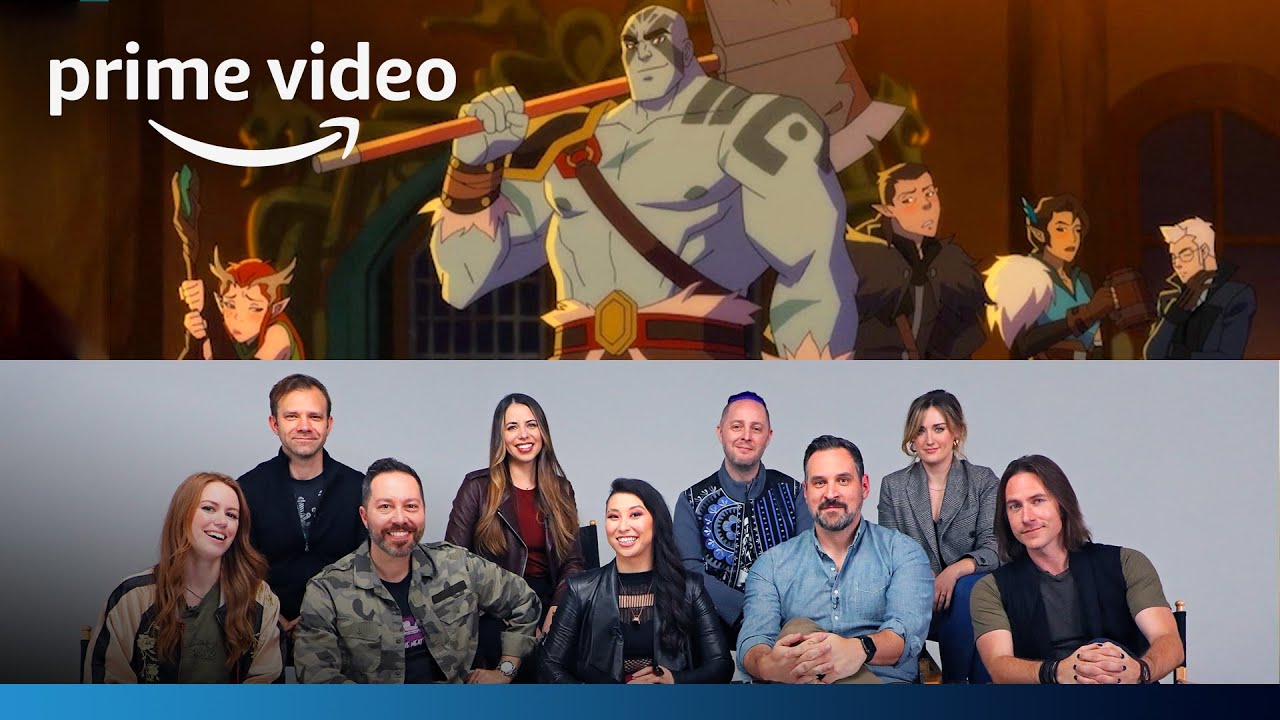 “Critical Role: The Legend of Vox Machina” is escapism at its best. The show has dragons, comedy, romance, and the undead.

“Critical Role: The Legend of Vox Machina” is based around the beloved internet Dungeons and Dragons series Critical Role. What started out as a small home game between a “bunch of nerdy ass voice actors” has quickly become one of the most popular streams to watch, and is now a vastly popular animated series. The series is based around the first campaign of Critical Role, focusing on the adventuring party known as Vox Machina. The story takes place in the world of Exandria on the continent of Tal’Dorei, and mainly in two cities: Emon and Whitestone. The series begins in Emon, the capital city. In the second half of the series Vox Machina travels to the city of Whitestone. This is when the series does get a touch darker.

The animation is done through Titmouse, Inc., which has also done animation for shows like “Star Trek: Lower Decks” and the animated music video “Breaking the Habit” by Linkin Park. The style is bright and vibrant, with a crisp feel for the characters even when they’re dirty and bloodied. “The Legend of Vox Machina” never loses sight of what it came from. It is true to what the game of Dungeons and Dragons is all about: group storytelling. “The Legend of Vox Machina” keeps to the lore, rules, and feel of D&D. The characters use the abilities and features from the game’s original rules.

Another great component to “The Legend of Vox Machina” is the music. The soundtrack was composed by Neal Acree (Blizzard’s “Overwatch” and “Stargate SG-1”). The Critical Role stream has used a mixture of video game, television, film, and original scores throughout the years, but this time they worked directly with Acree to create something unique to the show’s feel.

Critical Role also brought in Sam Riegel, who, with the help of songwriter and brother-in-law Peter Habib, created songs specific for this series, including an ode to fan favorite character Pike.

The show was originally snubbed by Hollywood as something that producers weren’t sure would be watched, despite being one of the most popular streams on Twitch and Youtube. This led the Critical Role team to running one of the most successful Kickstarter campaigns. Within the first hour of being open the campaign had raised more than $1 million, and by the end of the first day had unlocked all stretch goals and had raised $4.3 million. By the end of the campaign with 88,887 backers and a total of $11,385,449, the show was fully funded with the hopes of producing ten 22-minute episodes.

When Critical Role began to look for a streaming service for the show they originally weren’t having luck finding a company that didn’t want to turn it into a political fantasy style of show, think Game of Thrones, or make it with kids as the focus group. When an offer from Amazon came through, it came not only with the free range to make what they wanted, but Amazon commissioned 14 additional episodes bringing season one to a total of 12 episodes and renewing for a second season.

All episodes of season one are now streaming on Amazon Prime.