Traffic Fatalities and the Future of Transportation 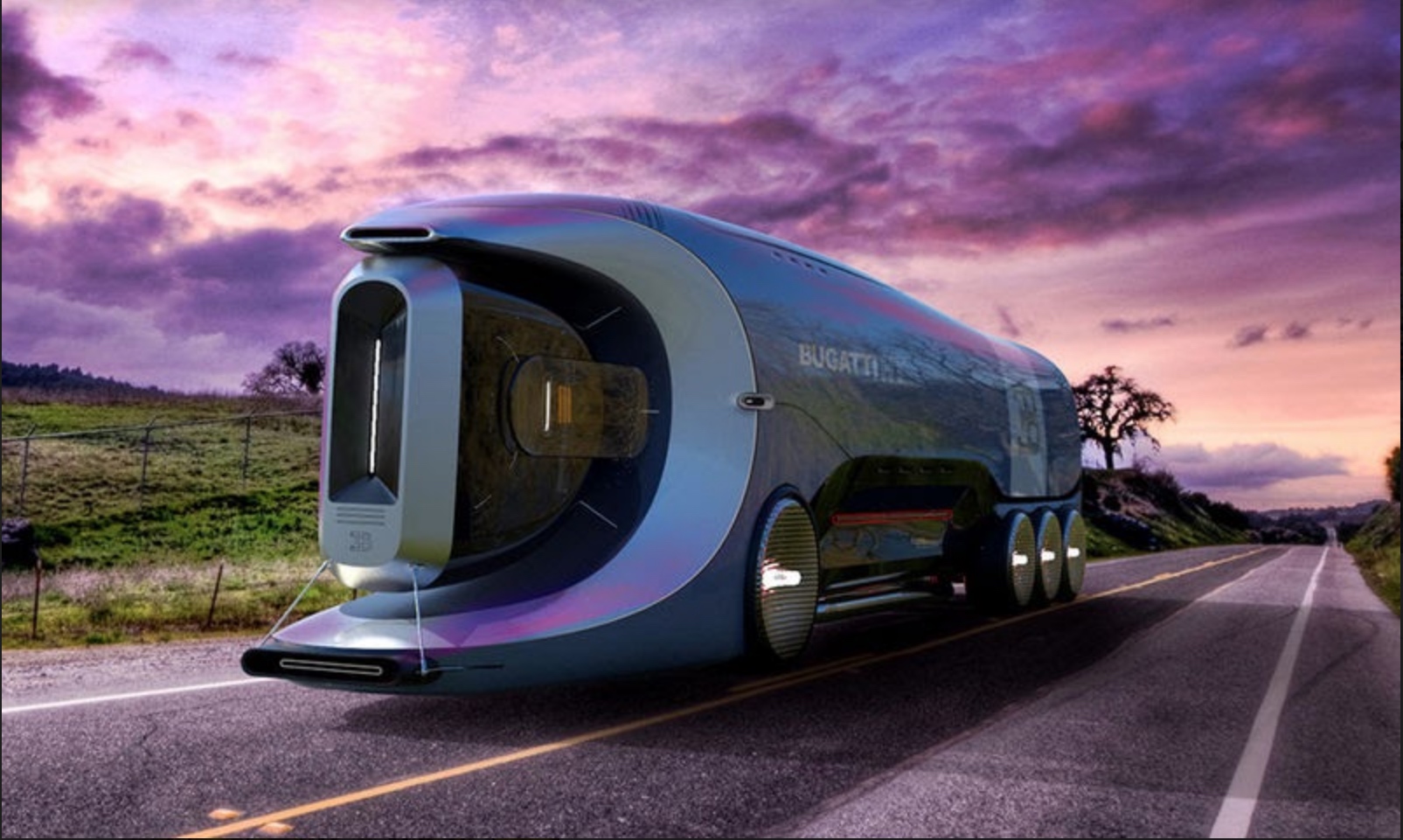 According to data released last year from the National Highway Traffic Safety Administration (NHTSA), traffic fatalities in the United States are up 18.4 percent, a spike higher than what has been seen in the past 15 years. This has occurred even while Americans have driven approximately 340 billion miles less than usual – a 13 percent decrease – likely due to COVID-19 related changes in behavior like lockdowns and remote work.

“This is a crisis. More than 20,000 people died on U.S. roads in the first six months of 2021, leaving countless loved ones behind. We cannot and should not accept these fatalities as simply a part of everyday life in America,” according to U.S. Transportation Secretary Pete Buttigieg.

The NHTSA investigated what could be causing these increases and released a report with their findings. NHTSA Deputy Administrator Dr. Steven Cliff speaks on the problem and advises us all to do our part in the short term, “The report is sobering. It’s also a reminder of what hundreds of millions of people can do every day, right now, to combat this: Slow down, wear seat belts, drive sober, and avoid distractions behind the wheel. All of us must work together to stop aggressive, dangerous driving and help prevent fatal crashes.” This sounds like reasonable advice, but these trends are troubling. What are we going to do in the long term? Enter: autonomous driving. The NHTSA outlines their take on the future of transportation on their website. With regards to safety: “Automated vehicles’ potential to save lives and reduce injuries is rooted in one critical and tragic fact: 94 percent of serious crashes are due to human error.” By removing mistakes by people from the crash equation, we would help protect drivers, passengers, bicyclists, and pedestrians alike.

The NHTSA estimates the economic and societal benefits of reducing car crashes: “Motor vehicle crashes in 2010 cost $242 billion in economic activity, including $57.6 billion in lost workplace productivity, and $594 billion due to loss of life and decreased quality of life due to injuries.” NHTSA estimates that over 100 million Americans who suffer from lack of transportation due to advanced age or disability could benefit from autonomous driving.

The NHTSA mentions the upsides from an efficiency and convenience perspective: “Roads filled with automated vehicles could also cooperate to smooth traffic flow and reduce traffic congestion. Americans spent an estimated 6.9 billion hours in traffic delays in 2014, cutting into time at work or with family, increasing fuel costs and vehicle emission.”

While public safety is a compelling argument in favor of autonomous driving, when considering the economic incentives at hand, the automation of the transportation sector becomes an obvious inevitability. When technological innovation offers so many attractive perks, companies will be eager to adopt the advancements.

Morgan Stanley, the international investment banking company, calculates that automating semi-truck transportation alone could translate to a shocking $168 billion in savings yearly. The proffered cost savings come from fuel and labor, reduced accidents, and increased productivity. When there is cash on the table for the taking, we do not need to wonder what businesses will do next given the modus operandi of protecting the financial bottom line.

As the potential of these technologies continues to advance, those working on this problem have pointed out that automated freight delivery is probably going to happen first. Driving down long, relatively straight stretches of freeway is a simpler engineering challenge to solve, but drivers of all kinds should take note of the writing on the wall. A fully automated transportation sector is not science fiction; it is already beginning to take shape all around us right now.

The Australian mining company Rio Tinto touts their iron ore mining company has the largest automated fleet of its kind in the world, complete with the world’s first fully autonomous heavy-haul long distance railway system of more than 200 trains. Rio Tinto also uses more than 130 autonomous trucks to haul materials, and the world’s largest automated drilling fleet. They tout increased productivity and less risk of bodily harm to their employees.

Many startup companies are trying to solve the complex riddle of self-driving cars in the urban environment replete with pedestrians, stop lights, and other challenging obstacles. New exciting artificial intelligence software and vehicle technology companies all over the world like Waymo, Nvidia, Baidu, and Argo AI are simultaneously working on the technical problems of self-driving cars, not to mention contributions by nearly all traditional major automotive companies.

Historically, when automation in transportation, and manufacturing more generally, becomes more widespread we see massive unemployment and the possible decimation of entire industries as sources of employment. At its peak in the 1920s, the Ford Rouge Plant in Detroit employed over 100,000 autoworkers. Now, automation and globalization has reduced that number to around 6000.

Census data reports that there are about 3.5 million truck drivers nationwide, their average age is 49 years old, they are 95 percent male, and their typical level of education is a high school diploma. One mitigating strategy to job displacement is reskilling to train people whose jobs may become obsolete to do new work. The reality is that these efforts in other manufacturing areas have often yielded little fruit.

A 2016 study out of the University of Indiana wanted to find out what happened to manufacturing workers in the state after they got laid off. In this longitudinal study, researchers tracked 200,000 people between 2003 and 2014. Thirty-three percent found new work in the same field, 23 percent found work in a different industry, and a whopping 44 percent had no new recorded payroll, meaning they never re-entered the workforce. Only 3 percent went back to school and earned a degree from a college or university. Many did not know that they qualified for government job training programs. The authors of the study noted, “Very few went back to school, and relatively few seemed to avail themselves of a lot of the government programs available to assist displaced workers.” Nearly half of these people languished in poverty.

A 2021 study by Deloitte Global Resilience found that 57 percent of manufacturing respondents admit to automating tasks previously done by people manually. Another study by the same organization found that 75 percent of industrial organizations agree that reskilling is very important, but only 10 percent said they were ready to address the trend of widespread automation.

Progressive economic solutions proposed to combat the downstream effects of automation include a negative income tax, where the poorer you are the more financial assistance you receive, or similarly, a universal basic income, where every citizen receives some amount of financial support. When robots start doing the work previously done by humans in retail, call centers, fast food, and transportation, one option is to simply give money to the people that need it. The money comes partially by using what is called a value-added tax. A valued added tax takes a tiny amount of money at every stage of the supply chain for goods and services rendered by the biggest and most lucrative companies. While not a practice in the U.S., the value-added tax is common in 166 of 193 countries of the United Nations.

Amazon, Facebook, Google, and any company that benefits from these new technologies, should all chip in to help solve our country’s impending unemployment and economic crises. Eventually, truck drivers will most likely lose their jobs, which is bad enough for them, but what about the countless freeway rest stops, diners, gas stations, motels, and Ma and Pa shops depending on their patronage that will also feel their absence?

I can already hear the cries of protest: “We can’t afford this!” Baloney. Our country’s elected officials have increased our defense budget to an absurd 780 billion dollars to spend building bombs, fighter jets, and aircraft carriers for 2022 alone.

We give surreptitious tax breaks to our country’s more than 600 billionaires. With a few little tweaks we can amass incredible wealth towards taking care of our most vulnerable people.

Forecasting which parts of what sectors will be automated first, what related jobs will no longer be needed, and what new jobs will be created, all becomes a moot point when the richest and most powerful country in the world commits to leaving no man, woman, or child behind.