America in 2022: COVID, Chaos and Confusion 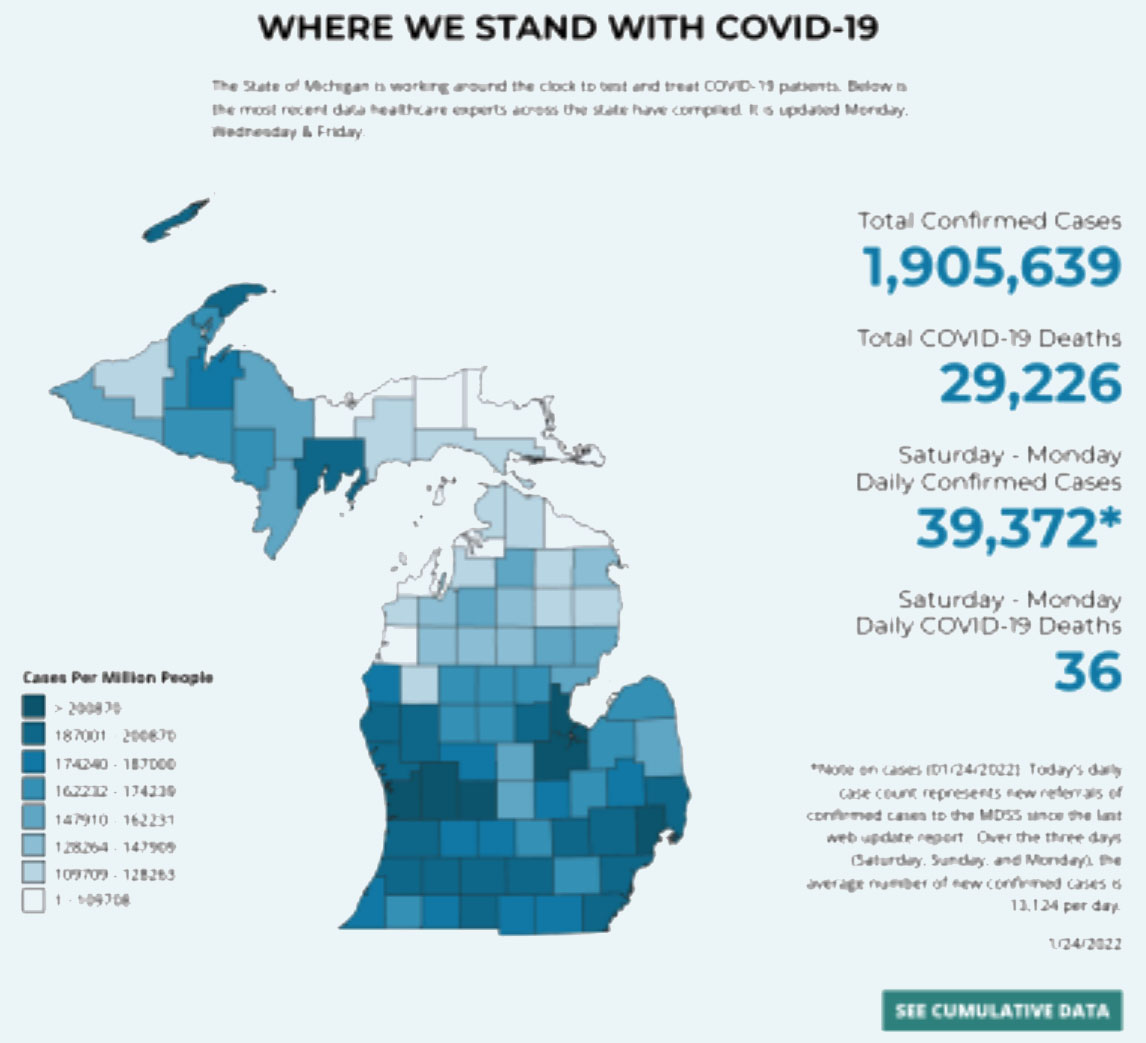 I think it is safe to assume that most Americans have tested positive for being sick and tired of COVID. We are now two years into this global pandemic that has transformed how we live our lives. Since 1946, our government has entrusted The Centers for Disease Control and Prevention (CDC) to protect and prevent Americans from diseases and health threats. However, you could argue they have done poorly with dealing with COVID-19. Unfortunately, the CDC are losing their credibility. Their newly updated guidelines have caused even more uncertainty and have left many Americans feeling confused and concerned.

At the pandemic’s beginning, the isolation time for those infected with COVID was 14 days, but was eventually lowered to ten days. It was an understandable change, with more scientific data supporting them in adjusting that time frame. Then, on Dec. 27 of 2021, the CDC updated its guidelines again, which shortened isolation time from ten days to five. They also did not advise taking an antigen test after the five days were up. The new guidance has caused pushback from both sides of the political aisle.

Following the latest recommendation announcement, CDC Director Rochelle Walensky went on to the CNN New Day show to discuss the new measures the department is taking. Walensky explained that the coronavirus transmission is more likely to occur within the first five days after testing positive for COVID. She went on to say, “So we want to make sure those first five days are spent in isolation. That’s when most of it occurs, and then there is, of course, this tail end, these last five days where we’re asking you to mask up.” She goes on to add, “And finally there is also the behavioral science in what will people actually do. When people need to get back to work.” Host Kaitlan Collins responded with, “So from what you are saying, it sounds like this decision had just as much to do with business as it did with the science.” Walensky replied, “It really had a lot to do with what we thought people would be able to tolerate.” We have tolerated more these last two years than five extra days to stay home to recover. This change sets a dangerous precedent, allowing businesses to make their staff come to work with COVID.

The CDC has told us this whole time that those infected with COVID can spread it to others long after five days, asymptomatic or not, so why would the CDC now cut the isolation time in half? They recommend wearing a mask for the remaining five days; however, new studies have shown that the cloth masks offer minimal protection with the Omicron variant, accounting for 95 percent of U.S COVID cases, according to the CDC’s sequencing data gathered. Cloth masks seem to be what most people wear, so it is incredibly troublesome that many infected with COVID will return to work after five days, wearing something that is not effective in protection against this new highly transmissible variant.

After the new CDC guidelines were released, social media exploded with users mocking the department with funny memes that started with, “The CDC says...” A few of my favorites are, “The CDC says I can now run with scissors,” and “The CDC says you can just go out there and start licking people now.” Although we got a good laugh for a few weeks, the lack of confidence so many have in the institution is serious. Who knows if they will ever be able to restore the trust they have lost. Dr. Anthony Fauci addressed the backlash the CDC has been facing and said that they would review it. But if they were following the science, then one would assume complaints would not factor in their guidelines. Why would they be open to changing science if they were following science? The frustration is palpable, and it is not only the CDC that has given conflicting information.

While campaigning for the 2020 election, Joe Biden criticized the Trump administration for its mishandling of COVID and Trump frequently downplaying its severity. Biden repeatedly vowed that he was going to “shut down the virus,” yet here we are a year after he was sworn into office, and the numbers certainly do not show that the virus is stopping anytime soon.

At the Presidential debates in October of 2020, Joe Biden said, “Two hundred and twenty thousand Americans are dead. If you hear nothing else, I say tonight, hear this, anyone who is responsible for that many deaths should not remain as president.” I fully agree with his sentiment, but he must not have meant what he said. We now have record COVID cases, and the death rate is higher since President Biden took office last year on Jan. 20, even with the three vaccines, therapeutics, and much more knowledge about the virus.

Our country has test shortages; people are lining up across the country for hours trying to get a COVID test. That is entirely unacceptable two years into this pandemic, and it seems that the Biden Administration is unprepared for handling this crisis. Our hospitals are dangerously at or over capacity across the nation, and it appears that everything is unraveling at a rapid pace. From high inflation, supply chain issues, and the lack of tests and therapeutics, this administration has failed to deliver what they promised they would do.

Biden held a rare press conference on Jan. 19 and acknowledged that his administration should have been quicker with ordering testing by saying, “Should we have done more testing earlier? Yes. But we’re doing more now.” Many would say he is late to the game. The poll numbers show that the American people disapprove of the job he is doing; however, when asked about his declining poll numbers, he replied, “I don’t believe the polls.”

The virus has become so politicized that it feels like many people put their politics over the reality of what we are all experiencing daily. Whether you vote Democrat, Republican, Independent, Green Party, or don’t vote at all, this virus does not care about what you believe. Everyone has been affected. While it seems like COVID will be something that we all will have to live with, we cannot stay on the same path we are on and expect different results.