Natural Organic Reduction: Taking a Dirt Nap for the Planet 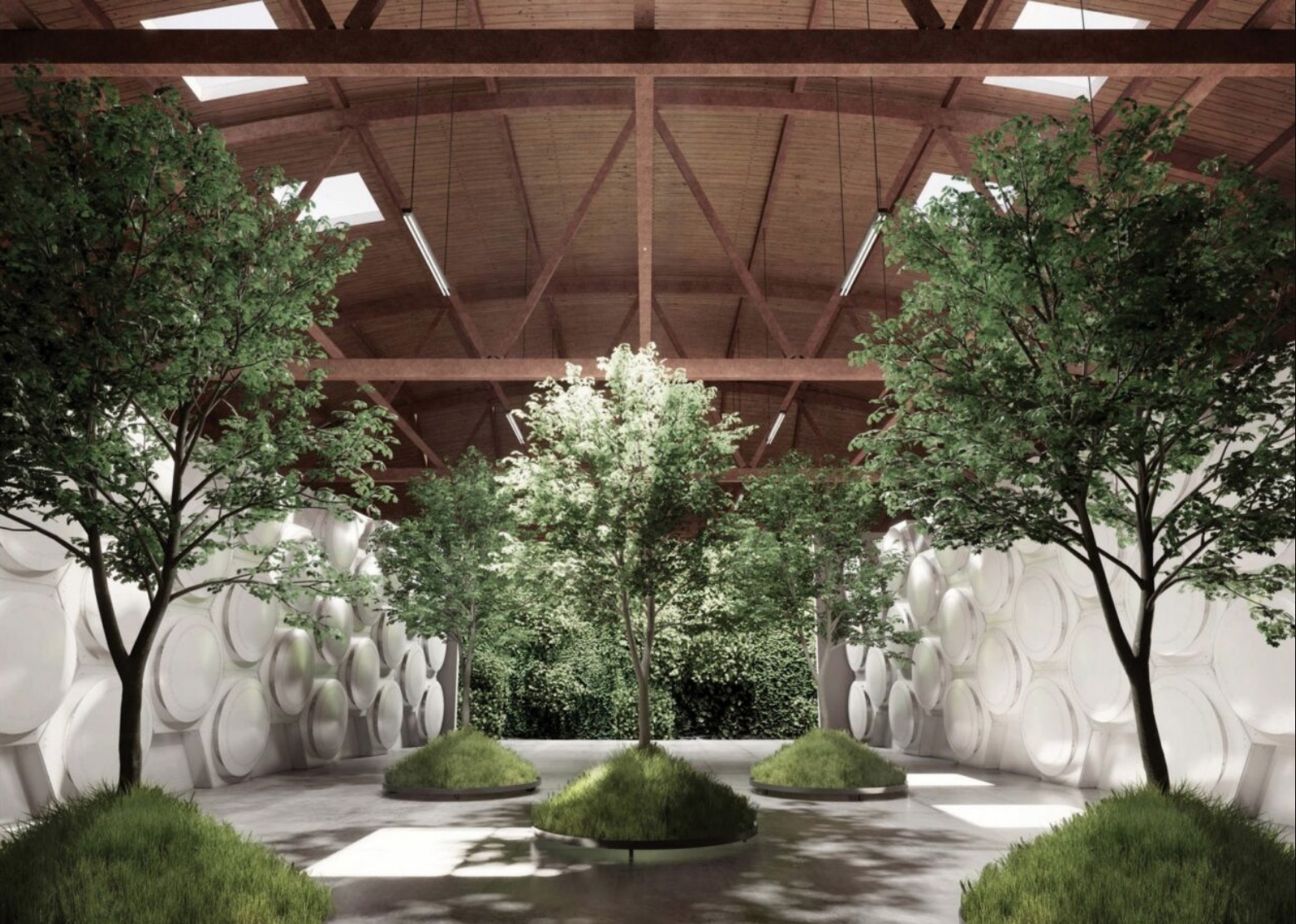 Recomposition vessels for processing human remains are shown in a gathering space in this artist’s rendering for the Recompose facility in Seattle. (Olson Kundig Image)

As we grow older, confronted by our own mortality, many of us ask what we want for our body after we die. Some seek to have their death be a spiritual experience and want their after-death care to reflect that. Others seek to have more environmentally friendly after-death options. For the latter, natural burial may seem to be the perfect option. An increasingly popular version of natural burial is a process known as natural organic reduction.

Natural organic reduction, also called “human composting,” is the process of allowing the body to decompose alongside organic materials. These organic materials help to break down the body in order to produce about a cubic yard of fertile soil. The soil is then allowed to cure before being either picked up or delivered to family, donated to Bells Mountain Conservation Forest, or a combination of the two. The donated soil provides for the upkeep and building of Bells Mountain and attempts to introduce more biomass into the environment.

The organization responsible for bringing the process of natural organic reduction to life, Recompose, is based in Kent, WA, which opened in 2017 as a Public Benefit Corporation. Katrina Spade, the CEO and founder of Recompose, has a BA in Anthropology from Haverford College and a Master of Architecture from the University of Massachusetts, Amherst. During her Master’s program, she developed a system to transform the dead into soil, the process that Recompose would eventually go on to use in a wider fashion. She founded a nonprofit in 2014 known as The Urban Death Project, which was aimed to bring attention to unethical and shady business practices in the funeral industry. Spade discontinued The Urban Death Project to found Recompose.

Soil and biomass, both being major elements in the global carbon cycle, play a key role in the prevention of global warming. Soil acts as a carbon sink, absorbing more carbon dioxide than even the surrounding vegetation. Soil does more than convert the carbon dioxide into oxygen. Natural organic reduction could provide significant relief in the carbon cycle.

Other eco-friendly death options are alkaline hydrolysis and natural burial. Alkaline hydrolysis, otherwise known as “water cremation,” uses a mixture of water and lye to disintegrate the soft, organic materials of the body, leaving behind bones and inorganic material. The water and suspended organic matter are then disposed of safely, while the bones are taken to a cremulator to be turned into ashes. Natural burial is exactly as it sounds: burial with no preservation techniques used, and with no burial vault. This allows the body to completely undergo decomposition in a natural, uninhibited fashion. It seems, however, that the law may be behind in these areas, as alkaline hydrolysis is legal in only 19 states. While no state specifically has laws preventing natural burial, it is often restricted to very specific cemeteries around the country, leaving many without the option.

Seeming to follow the same trend as earlier greener corpse solutions, the legality of natural organic reduction is unclear. The process is only legal in Colorado, Oregon and Washington. However, it is being considered in New York, Massachusetts and Delaware. The process was considered in California as California Assembly Bill 501, but it did not pass.

One concern is the risk of viruses or bacteria coming from a corpse. However such risks are actually much lower than the risks of a living person. Viruses require a living host to multiply and spread, while bacteria that are present in the decomposition process are completely harmless to the living; in fact, we already have them within us now. The conditions that do make few corpses dangerous after death (such as cholera) are becoming exceedingly rare with improvements to modern medicine.

Religions have very specific rules for how a corpse is meant to be handled after death, and they often involve the use of burial and funerals that happen quickly after the deceased has passed. Religious funeral rites regarding burial do not need to be seen as antithetical to a practice that has not only been deemed completely safe and non-threatening, but has the possibility to provide a huge step forward in the fight against climate change.

As we gradually march towards our inevitable demise, many of us seek to have our death be a meaningful one. For some of us, we want it to be meaningful for our family and those who attend our funeral and our lives. For others though, we want more than that. We want it to be meaningful to the Earth itself, and we want to give back to the Earth that sustained us in life. Those who feel that way should contact their local representative or state Senator and see what can be done to move forward with the process of legalization of natural organic reduction and other greener death practices.