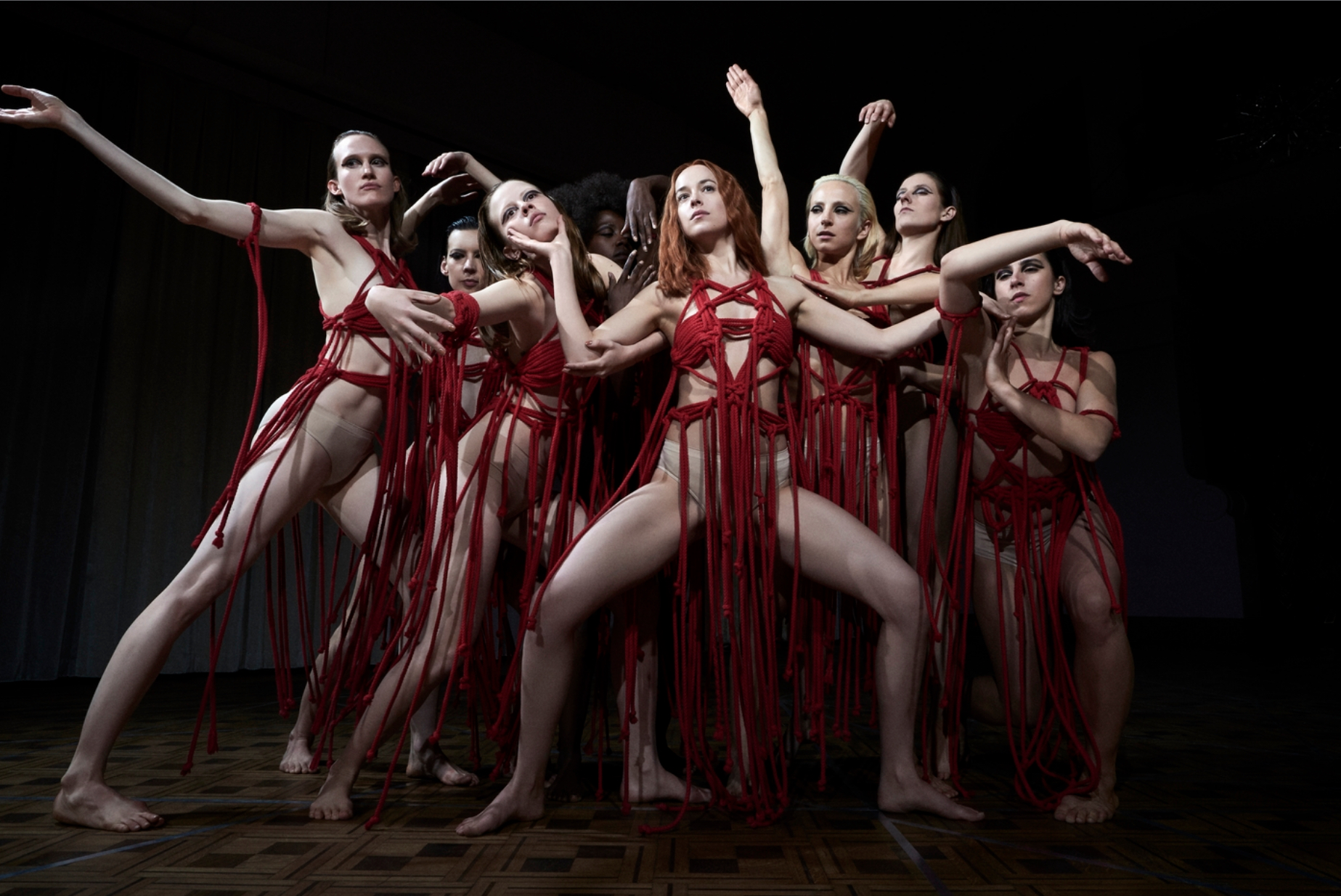 To those unfamiliar with the original, at first glance, the 2018 film almost looks like a fever dream: shaky camerawork, odd camera angles, clashing colors, all silhouetting the story of Susie Bannion (Dakota Johnson) taking her new position at The Markos Dance Academy. But not is all that it seems at Markos, and something much darker and more sinister lurks within, waiting for the opportune moment to strike.

Luca Guadagnino’s remake of “Suspiria” carries a complex and intriguing plot. From start to finish, it’s difficult to discern what will happen next, with plot lines twisting multiple times. Dance is the focal point of the film, allowing the narrative to progress suspensefully with each step. The camerawork deliberately positions viewers to take them on the feverish dreamscapes with foggy atmospheres, glaring lights, and odd imagery.

Susie, the film’s main protagonist, is fearfully curious and naïve to the circumstances surrounding her. She approaches situations with an obsessiveness. Founder of the dance studio, Helena “Mother” Markos (Tilda Swinton) is equally passionate. Another central character, Sara (Mia Goth), helps develop the plot and create tension, from finding the therapist of an old friend, to performing a dance in less than desirable conditions. Chloë Grace Moretz plays Patricia, who was the lead of the dance “Volk” before being driven mad. Susie eventually takes her place. Madame Blanc, one of three roles in the film played by Tilda Swinton, is the main teacher of the company as well as a maternal figure for the girls. The multi-faceted acting abilities of Swinton really shines through in this film. Swinton also plays the only “male” character in the film, Dr. Josef Klemperer. Some fun with audiences was had by Guadagnino and Swinton who denied she played Klemperer. The film credits list Lutz Ebersdorf. Swinton later admitted she was Lutz Ebersdorf.

Drawing from Dario Argento’s 1977 “Suspiria,” the film, while classified as horror, is avant-garde. Unlike the newer version, the 1977 film did not put much importance on the plot, but rather on the cinematography and the aesthetic.

Jessica Harper’s Susie in the 1977 film faces situations more out of fear than with the subtle curiosity brought to the role by Dakota Johnson in the 2018 remake. However, this is not to make the character less complex, as Harper still gives a memorable performance. In fact, that is where both versions of “Suspiria” shine, save for a few characters near the end of the film, all of the characters fulfill multiple roles at once. Another example can be found in Olga, played by Barbara Magnolfi in the 1977 film, whose gruesome “disappearance” early in the film pushes the group to perform to different levels, while also bringing Susie into the dance in question. Madame Blanc (Joan Bennet in the 1977 film) is probably one of the strongest characters, as both her love for the girls and her commitment to her goals are shown on relatively equal grounds.

While on the surface, both films are quite interesting and odd, they carry deeper messages about family and power. This is what makes both films worth watching; the themes in both are the same but told in different ways, and they all hold true even today. The 1977 film chooses to be explicit in its imagery, while the 2018 film is far more subtle.

Guadagnino’s 2018 remake examines the abuse of power to manipulate the vulnerable. As the faculty of the dance company continue to use the girls in the group to meet their needs, it becomes more and more clear. They aren’t humans to them, rather they are tools to be used in their grand plan. As such, they often forget the frailty of human nature, as evident by Patricia’s mental break. From here, we can also see the messages of family. Susie, to be vague, was brought up in a situation where her family didn’t act as much of a family. Coming to Markos was a new life for her, a chance to make a new family with the girls and faculty, and oddly enough, it works out that way. Madame Blanc especially proves maternal to Susie, in ways giving her the mother she never had. Family isn’t people who share blood, but rather those who would spill blood for you.

Then, we have Argento’s 1977 version, and boy is it in your face. Red is the first thing we notice in the film, and it isn’t by accident. In fact, in nearly every frame throughout the film, you’ll find red. It actually ties in with the same theme of abuse of power, as the more the girls are manipulated and pawned, the redder each scene appears. It’s especially interesting, as again, it’s present from the very beginning, indicating that the seeds of manipulation were being planted right from the very start. The theme of family is also easily identifiable, as the girls quickly become extremely close to each other, but differently this time, the relationship between Madame Blanc and Susie isn’t as maternal as the newer version. While Argento attempted to portray her as such, in areas it does tend to come off as more one-dimensional.