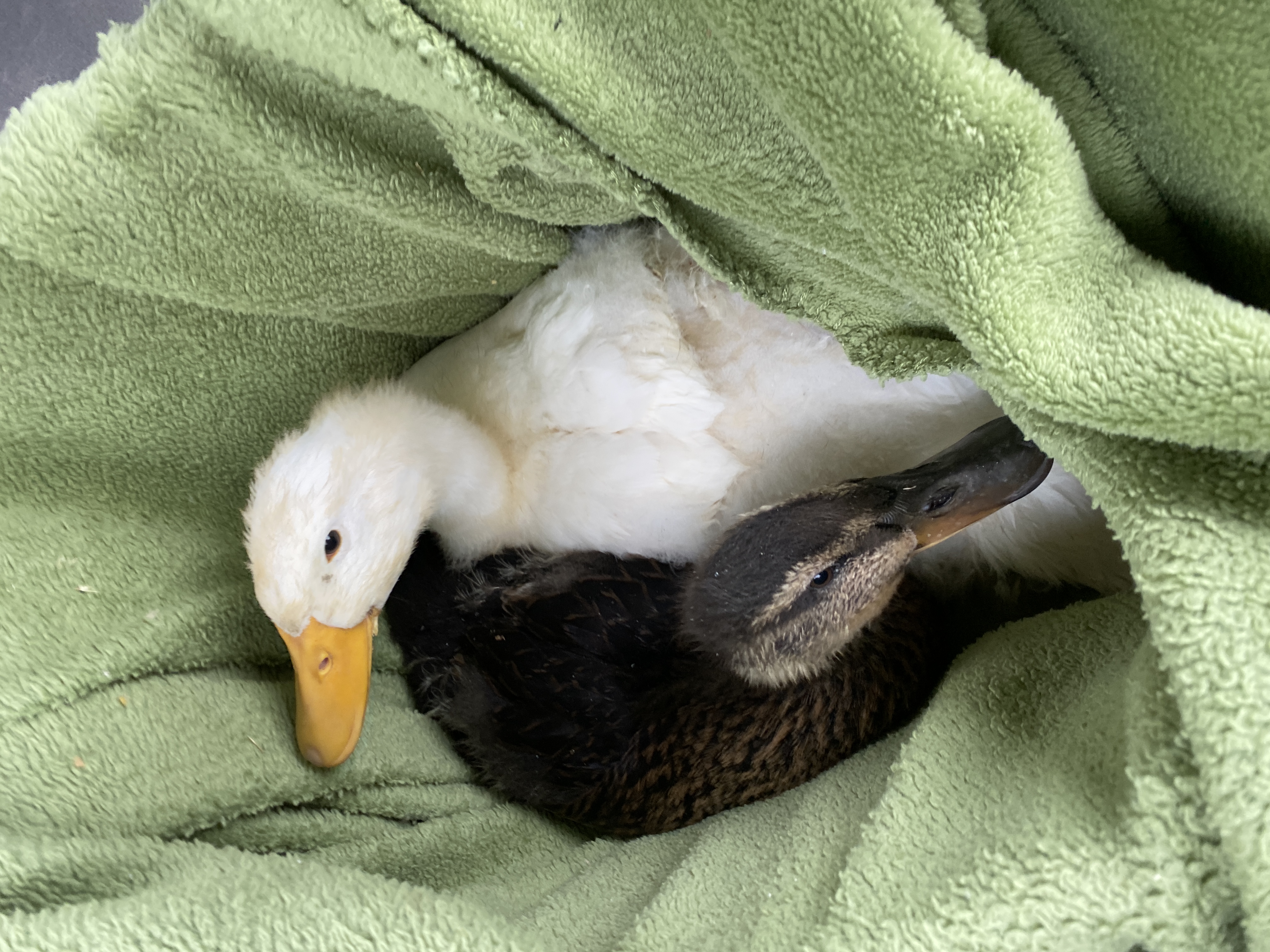 Domestic animals are abandoned in the wild every day. The abandonment of domestic cats and dogs is familiar to the general public. But perhaps a more unfamiliar domestic animal that is abandoned quite often is the duck. Michigan Duck Rescue and Sanctuary, a nonprofit organization located in Northville, Michigan, is dedicated to saving these animals.

In 2006, Matt Lyson and his wife, Theresa, rescued five American Pekin ducks from a local feed store. “We took them in as sort of like ‘rescue pets’,” Matt said. “Over the next several years, we started to accumulate more as people started to hear what we did. We were kind of the go-to place.”

In 2014, the Lysons decided to make their rescue a nonprofit to help in receiving donations. “We ended up getting more calls for rescues and less donations, so that didn’t really help what we wanted to do,” Matt said, and added that becoming a nonprofit “just made things more overwhelming.”

The Lysons go to great lengths to save abandoned and injured waterfowl. Just recently, the couple and their team of volunteers used a kayak to rescue a duck from a pond in Brownstown. They’ve also saved sixteen ducks and one goose in Saginaw.

The Lysons and their volunteers will travel significant distances to perform a rescue. “We’ve gone across the state for several hours. We’ve done rescues in Ohio,” Matt said. “We try to get help from other states, but we personally have driven several hours for a single rescue.”

According to Matt, there are only a few other waterfowl rescue facilities in Michigan. “There are some hobby-farms that take in ducks, but they take in just a handful,” he said. “When they’re filled up, they basically won’t even answer the phone.” The Michigan Duck Rescue and Sanctuary, he believes, rescues more abandoned waterfowl than any other facility in Michigan. “No one, without question, goes out and does what we do and on the scale that we do,” he said.

The Michigan Duck Rescue and Sanctuary is currently home to numerous species of waterfowl, including ducks, geese, swans, and more. “We have hundreds and hundreds of ducks,” Matt said. “We have probably a dozen or more species of domestic ducks.”

There are a lot of supplies that go into caring for the animals. “We go through probably 20-25 bundles of straw a week.” Every year the Lysons “go through approximately 160,000+ pounds of corn.”Matt adds, “We go through between 35,000 and 40,000 pounds of protein pellets a year.” In addition to food, Matt said, “We use things like towels and sheets all the time.”

Matt believes that so many domestic ducks and geese are abandoned because many people who purchase ducks are unaware of the commitment the animal requires. “The number one reason is because of complete ignorance—and the definition of ignorance is not a bad thing, we’re all ignorant of one thing or another--but the problem is the lack of awareness and the ignorance of the individual not knowing what they’re getting into,” he said. “If people were to read up on what they were going to get involved with, they probably wouldn’t get it. It’s a very messy animal. They’re sweet, but they have a big responsibility to be cared for. People, in general, don’t want that responsibility.” Domestic ducks and geese are typically abandoned when their owners underestimate the commitment involved with caring for them. Owners “have the tendency to dump wherever they want without researching it,” Matt said. This can be detrimental to the health of the animals. “When they dump them, it’s very stressful because it’s been cared for for some length of time and then all of a sudden it’s tossed out into the wild and it has no idea what to do. It’s a shock to the animal.”

The Lysons don’t have much hope for dumped domestic waterfowl. “Eventually every single one of them will end up dead in the wild because they do not have the ability to evade predators. Some may last a month or some may last a winter or two if there’s a lake that stays open. But eventually every single one will perish out in the wild,” Matt said. The COVID-19 pandemic had an impact on the sale and abandonment of ducks. Many people adopted “quarantine pets” after the pandemic hit the United States. Ducks were included in the list of quarantine pets. “The very unfortunate thing during COVID-19 was that the sale of ducks increased tremendously. In this past year, it’s been the worst year in terms of volume taken in,” Matt said.

For the Lysons, the best part of rescuing the animals and running the sanctuary is the reward. Matt said he feels rewarded by knowing the animals “are in a better position than they were.” The Lysons especially enjoy reuniteing ducks with a familiar flock. Matt said that when he sees a duck “who has been alone for some time and you introduce it into the flock with another one, just the excitement they have of seeing a fellow comrade is very satisfying.”

The Lysons want people to understand the responsibilities and regulations that go into caring for waterfowl. They urge the public to consider this responsibility before making waterfowl purchases. “Just think things out and do diligent research before you purchase any pet at all, but especially ducks, because sadly, they are the least understood and learned about, and the most taken for granted.”