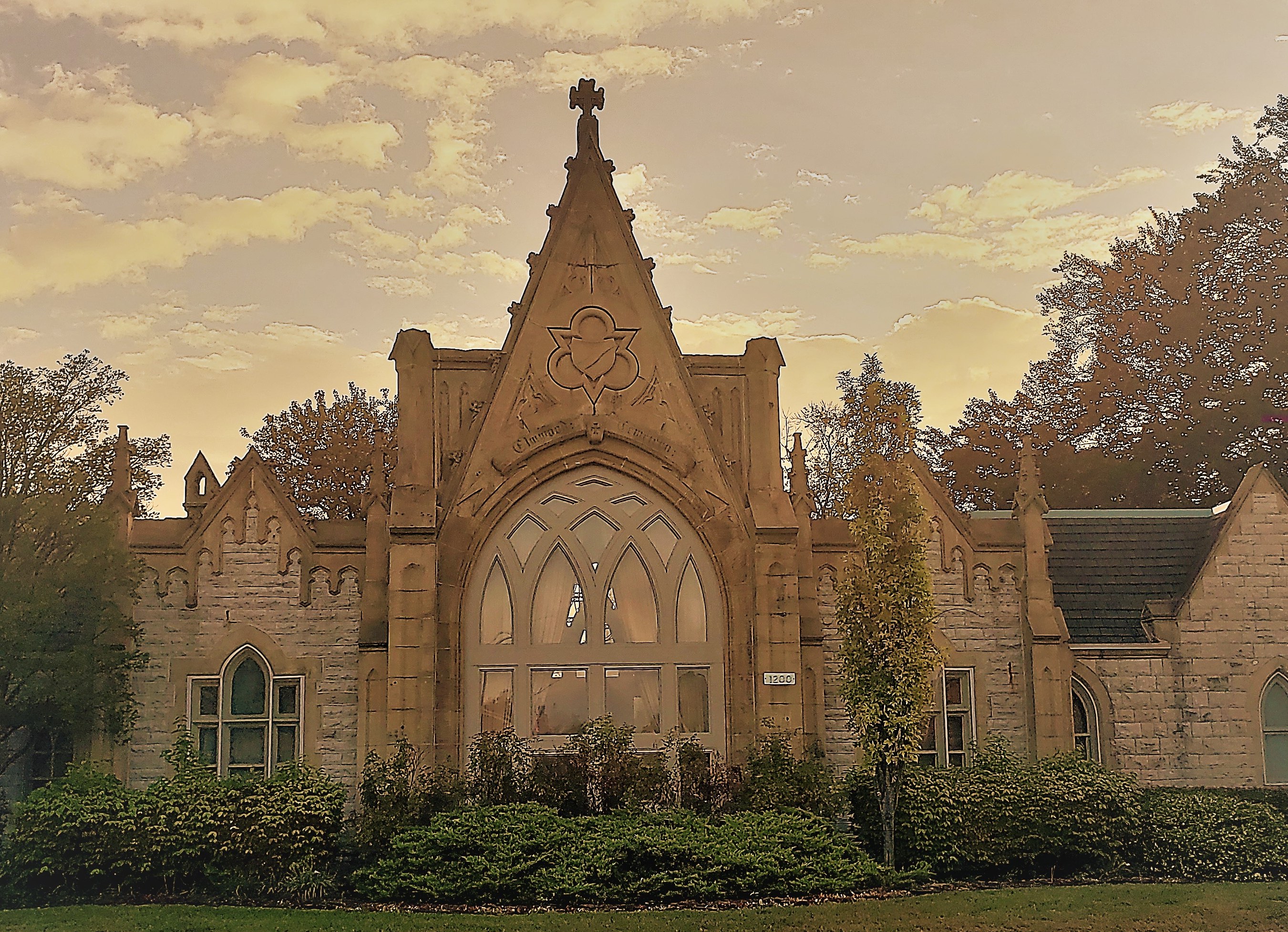 Walking along the well-manicured grounds, visitors will learn that the Elmwood Historic Cemetery, located on Detroit’s east side, is the oldest continually operating, non-denominational cemetery in Detroit. The cemetery opened in 1846, and it just celebrated 175 years of operation on Oct. 2. It was incorporated as a non-profit organization in 1849.

Elmwood was founded just a year after Mt. Elliott Cemetery, which borders Elmwood on its east end. Mt. Elliott Cemetery was dedicated strictly to Catholic burials. Capuano explains that the founders of Elmwood, six Protestant men, “established a burial ground that would welcome everyone regardless of religion, background, ethnicity, heritage and personal beliefs.” Capuano adds, “The cemetery continues to welcome those of all backgrounds.”

Before becoming a cemetery, Elmwood was considered very valuable farmland because of its access to the Detroit River. The land was the site of a major battle between Chief Pontiac of the Ottawa Indian tribe and the British colonists in 1763. According to Capuano, there was so much blood shed during this battle that the waterway running through the land is known as Bloody Run Creek. Elmwood Cemetery is the only place in Detroit where the creek is open to the public for viewing.

When it was founded, Elmwood was 42 acres. Another 44 acres of farmland was purchased two years following the opening of the cemetery, totalling the 86 acres Elmwood occupies today. The cemetery was designed by Frederick Law Olmstead, the same architect who designed Central Park in New York City. Olmstead advised cemetery owners to beautify the cemetery by planting native Michigan trees and utilizing strictly natural materials.

In 2015, Elmwood Cemetery was the first place in Detroit to be certified as an Arboretum (a botanical garden devoted to trees). Capuano explains that the cemetery is home to over 100 species of trees, all of which are inventoried and taken proper care of. Many of the trees in the cemetery are equipped with identification markers that give the common English name, the scientific name, and a QR code for more information.

The cemetery opens its doors for numerous events over the course of the year. The Detroit Audubon Society hosts birding events once a month from June to November. During the birding events, guides walk the cemetery and discuss the species of birds and their habitats and migration habits. Arborists utilize the cemetery for Arbor Day celebrations and tree identification classes and tours. Elmwood has special observances for the federal holidays of Memorial Day, Patriots Day, and Veterans Day.

Elmwood Historic Cemetery is also a site frequented by tourists. Guided tours are offered on a limited basis, including the Tombstone Tales Guided Walking Tour and the Tree Tour. Self-guided tours are permitted during designated times when the cemetery is open. Elmwood provides multiple tour maps that highlight key figures buried in the cemetery. Self-guided tourists can choose from maps on African American Heritage, Leadership Legacies, Business Visionaries, and Underground Railroad Network to Freedom tours.

As tourists and amateur historians trek through the 86 acres of the uneven terrain of Elmwood Cemetery, they are likely to find a myriad of monuments, mausoleums, sarcophagi, and decorative gravestones. Tall obelisks tower above the resting places of historic figures and their families. Statues scatter the cemetery, many of which depict women and angels.

Capuano describes the statues at the Elmwood known as the veiled lady monuments marking the grave of the mother of Cameron Waterman, founder of the Cameron Outboard-Motor Company of Detroit and credited with inventing the outboard motor.

The graves of several well-known figures can be found within the boundaries of Elmwood. Perhaps the most famous individual, especially in Detroit, buried at Elmwood is Coleman Young, who was mayor of Detroit from 1974-1993. Young was the first African American mayor of Detroit, but was also a former Tuskegee Airman and US Army veteran and a leader in the Civil Rights movement, working alongside Martin Luther King, Jr. He is buried in the Hazel Dell section of the cemetery.

Jacob Howard, Michigan Attorney General from 1855 to 1861 and U.S. Senator from 1862 to 1871, is also buried in the cemetery. He is known for his outward hatred of slavery and was credited with the creation of the 13th, 14th, and 15th Amendments to the U.S. Constitution. Capuano explains that Howard requested a complete, towering obelisk if all men in the United States were free of slavery by the time of his death. If any man in the U.S. was still enslaved after his death, he wanted a broken obelisk. Although he died following the Civil War, there were still enslaved people in the country. Visitors can see the large broken obelisk at Howard’s grave inscribed with the words of the 13th Amendment in Section B of the cemetery. “For years I would tell the story of Jacob Howard and I would get goosebumps,” Capuano said. “I just think we hear a lot of trash talk about people and we don’t hear enough good things about people who stood for the right things. He was incredible.”

Capuano makes sure to point out the oldest person buried in the cemetery, Reverend James Robinson, who was an enslaved man born in 1753. He served in both the Revolutionary War and the War of 1812. After fellow white soldiers who served with Robinson in the North secured his freedom, he became licensed to preach and later became a minister. He died when he was 115 years old in 1868. He is buried in Section F of the cemetery. His grave is decorated with special bronze markers for his heroism in both wars.

Elmwood is also the grave site of Detroit’s first millionaire, Eber Brock Ward, born in 1811. He was a businessman and shipbuilder who inherited property from his uncle. He built the Eureka Iron and Steel Company and was the first to use the Bessemer Steel Process. He also had a rolling mill in Wisconsin and a silver mine in Utah. He was an abolitionist, and provided funds for the Underground Railroad. He carried freedom seekers to Canada on his ships in the Great Lakes. He died in 1875 and is buried in Section A of the cemetery.

These four historic figures are among many who found their final resting place in Elmwood Cemetery. The cemetery has between four hundred and five hundred burials a year. Based on the available plots, the Elmwood cemetery plans to continue to be active for eight more years.