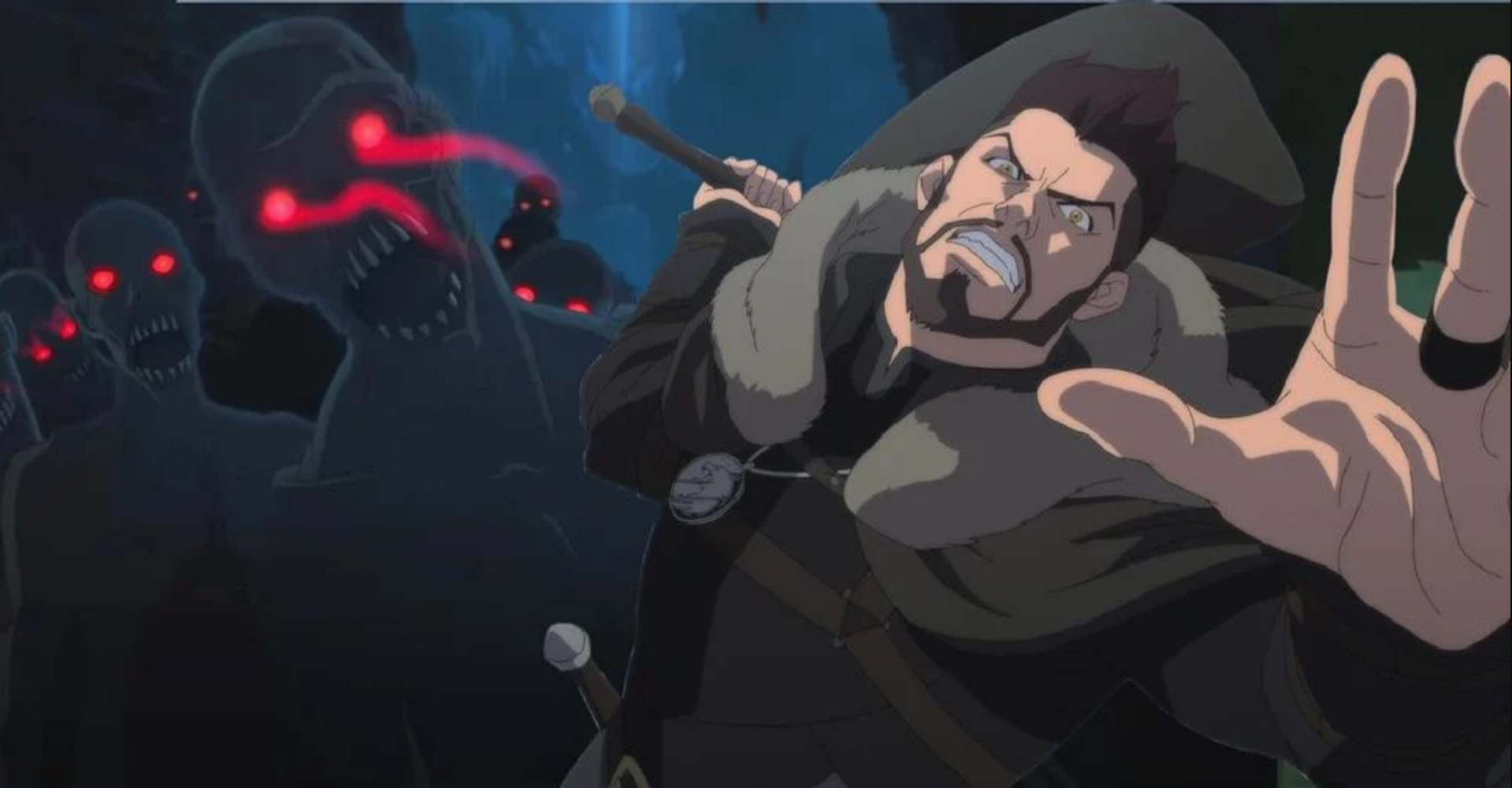 “Nightmare of the Wolf” takes place well before the events of the first season of “The Witcher,” starring Henry Cavill as Geralt, the stern silver-haired dual-blade wielding hero. “Nightmare of the Wolf” follows Vesemir, voiced by Theo James (“Underworld: Blood Wars,” “Divergent”). An older Vesemir will be played by Kim Bodnia (“Killing Eve”) in season two of the live-action “Witcher” series on Netflix.

While viewers must wait to meet Vesemir in the flesh, this anime series gives a great insight of who he was, and who he turns into before meeting Geralt.

This anime is not for those who have a dislike of blood or gore.

Vesemir is a young, cocky, Witcher who has been hired to exterminate a creature within the woods that border the kingdom of Kaedown. What first seems like an easy job for a Witcher isn’t all that it seems. Especially when a familiar face of Filavandrel, voiced by Tom Canton (“Witcher”, “Farming”) comes asking for a favor. At the same time, viewers will be introduced to the enchanting Tetra. Voiced by Lara Pulver (“Sherlock,” “Underworld: Blood Wars”), Tetra is a powerful sorceress, skilled archer, and holds a deep-seated hatred for witchers, the reason for which viewers will need to watch to discover.

This is the first anime version of any Witcher IP. To some, the art style will look uncannily familiar. “Nightmare of the Wolf” was animated by South Korean Studio Mir, which has produced “Legend of Korra” and “Kipo and the Age of the Wonder Beasts.” The use of anime allows gorgeous visuals and a bit of flair when magic or creatures are on screen.

Season two of the live-action “Witcher” will premier Dec. 17. It seems like Netflix has truly been enchanted by witchers, with an announcement that another prequel, “The Witcher: Blood Origin,” has already begun filming.