Hawks Softball looks to draw on success of championship season 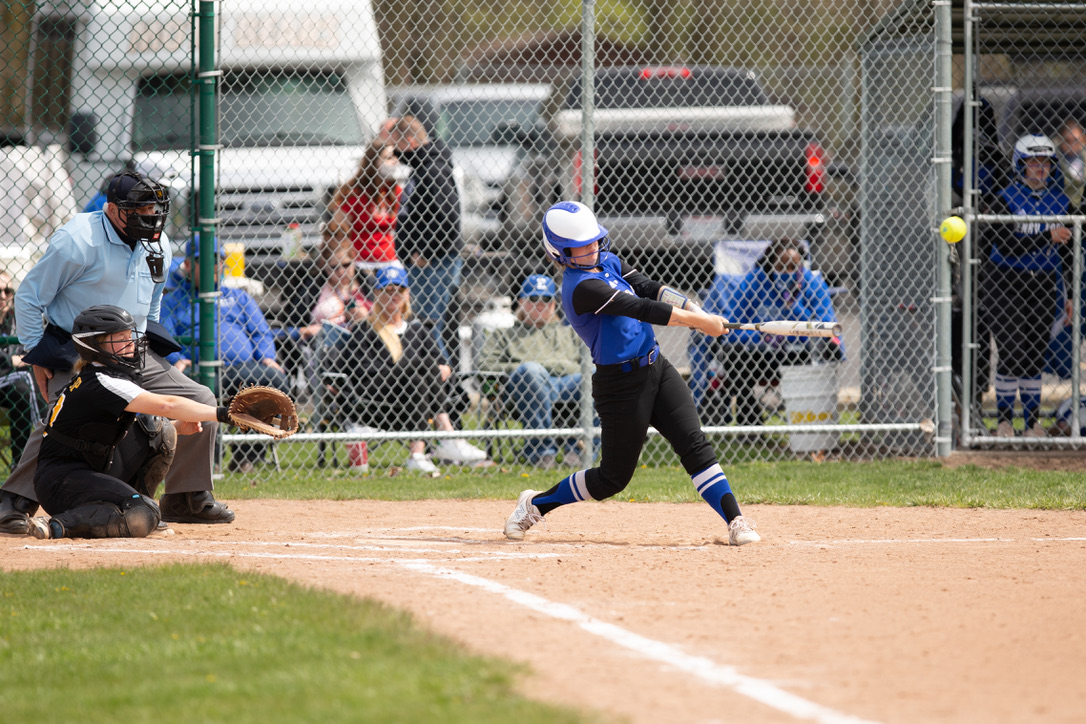 “Over the years, the team didn’t perform very well,” Head Coach Steven Brown said. “A lot of people in the community didn’t think much of the program.”

When he took over the program in 2017, there were some teams that HFC just couldn’t beat. To win the conference championship, though, the team had to beat every team in the league. “We were able to do that more than once,” Coach Brown said. “It felt great to feel like we could finally compete with anybody, and not just compete with anybody but be the top team in our league.”

Coach Brown thought the Hawks at bats were what separated the team from everyone else. “We could hit the ball. We had a lineup where we could hit the ball really well,” he said. “Moya Jones hit [23] home runs and Anna Atherton hit 17.” He added, ”I think that’s one stat that jumps off the charts.”

Along with winning the conference title, Coach Brown was named MCCAA Coach of the Year. “I was overly flattered and just happy,” he said. “I felt like I was blessed and I thought God really stepped down.” This past season was his fourth season coaching the HFC softball team.

Coach Brown really enjoyed the 2020-2021 season, saying it was one of the best seasons ever. He was in awe of the team’s bond and the support they had for one another. “I thought we had a great season and I loved the fact that I had a great group of young ladies. Sometimes you can have a good season but you just don’t have good vibes in the dugout. But as a whole, I’m not saying it was perfect, but everybody supported one another. I thought that was great,” he said.

Even though they had a championship season, the team was still affected by the pandemic. In the middle of the season, a few of the team’s starters had to quarantine after testing positive for the virus. “We lost some players and starters to the pandemic right in the middle of the season when those players were playing their best. They had to sit out for two weeks,” Coach Brown said.

Nevertheless, the Hawks were able to pull together to continue to play competitively. “Out of six games we were able to go 3-3 to keep us in the league,” Coach Brown said. After two weeks, the players were able to return. The Hawks then defeated Oakland Community College twice in a row at their home field for the division title.

“The team unity and the girls sticking together is what I enjoy more than anything else,” Coach Brown said.

In addition to Coach Brown being named coach of the year, five of the team’s athletes earned a variety of achievements.

Moya Jones, second baseman, was named All Region, All-MCCAA, was 1st Team All-Conference, and was the Player of the Year. She was recently named a 2021 NJCAA Division II Third Team All-American. Jones was also first place in the MCCAA and fifth place in the NJCAA for home runs (23). She was first place for both slugging percentage (1.146) and double plays (9).

Anna Atherton, first baseman, was named All Region, All-MCCAA, was 1st Team All-Conference, and made the All-Freshman Team.

The Hawks are not taking the success of last season for granted. Rather than taking time off to reminisce about their accomplishments, they are preparing for the 2021-2022 season. The team has six girls coming back: five starting position players and one pitcher. They also have some strong first year students entering the program this year.

The team recently competed in a weekend of play, where they were able to defeat Concordia University, Kalamazoo Valley, and Lawrence Technological University. “To beat these four-year schools is a big milestone,” Coach Brown said.