"Raya and The Last Dragon": The Disney Movie that Got Away 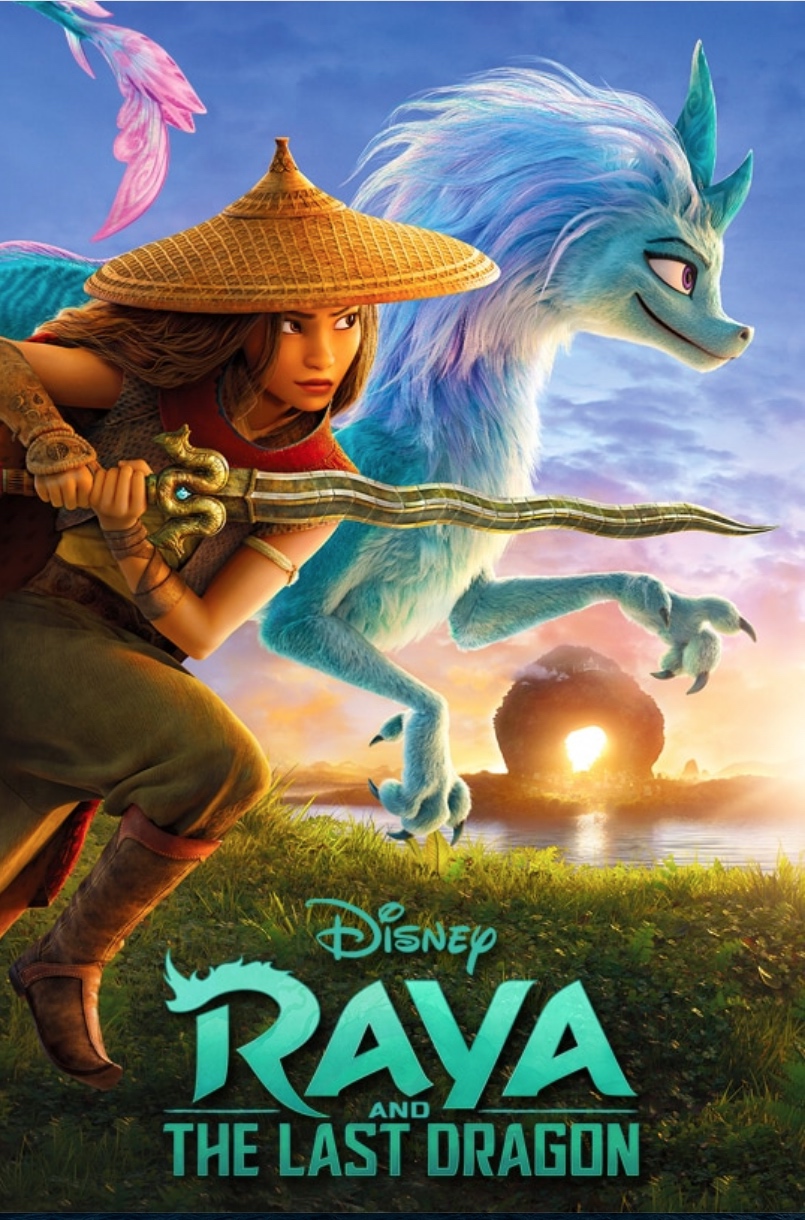 The 59th animation from Disney is set in a fictional Southeast Asian kingdom named Kumandra. Once a peaceful, prosperous kingdom, Kumandra was broken into five parts after the attack of a deadly plague called “Druun” that turns people into stones. Mystical dragons tried to save the kingdom, but all were turned to stone except Sisu, the last dragon standing. The five broken lands: Fang, Talon, Tail, Spine, and Heart have a history of conflict and mistrust that only prevents them from fighting the plague. Raya, voiced by Kelly Marie Tran (“Star Wars: The Last Jedi”), is the princess from Heart on a quest to find the broken pieces of Sisu’s magic that can be used to defeat the Druun and bring everyone back to life.

While Raya, the star of the show, captures the viewer’s attention with her excellent swordsmanship and charming persona, the other characters in the movie provide a well-rounded supporting cast. Sisu, the powerful and magnificent dragon voiced by Awkwafina (“Crazy Rich Asians”), is more of a sweetheart with her sassy and altruistic personality in plush-toy friendly features than your typical fearsome dragon. The comrades Raya makes along her journey are entertaining in their own way: Captain Boun, the street-smart chef from Tail, personifies a lovable little brother while the soldier from Spine perfectly fits the gentle giant category. Con-Baby Noi with her three monkeys from Talon is a genre of her own. Lastly, Raya’s frenemy Namaari (Gemma Chan, “Crazy Rich Asians”) from Fang shines with an inspiring character arc.

Directed by industry veteran Don Hall (“Big Hero 6”) and a rising youngster Carlos Lopez Estrada, “Raya and The Last Dragon” proves that a movie can be culturally sensitive without losing any of its appeal. In fact, the incredible representation of different Southeast Asian communities and their cultural references makes the movie more enjoyable and entertaining. Everything from the design of Sisu inspired by Thai mythological water dragons to the obvious cultural diversity in each land’s costumes to the rice congee that Captain Boun sells-- the movie showcases and celebrates Southeast Asia to the international audience unlike any other.

Nonetheless, the movie’s charm isn’t limited to cultural representation. Like her predecessors, Elsa and Moana, our protagonist Raya is a strong princess who doesn’t need a prince to come to her rescue. There’s jokes. There’s inspirational quotes. There’s an awesome soundtrack and clever character development that consciously avoids the usual gender stereotypes.

Yet, something seems missing.

Despite being set in a magical kingdom, “Raya and the Last Dragon” feels exceptionally real. Perhaps it is the fact that “Raya and the Last Dragon” diverts from the mainstream black and white distinction of values found in most children’s movies. The film’s main supposed antagonist, the plague aka “Druun,” is a figureless purple-blackish blob that is “born of human discord.” It’s difficult to antagonize it because it is a reflection of us, humans. Even Namaari who’s supposedly responsible for the current reappearance of the Druun is a complex character with various facets.