The Rise of the Green Death 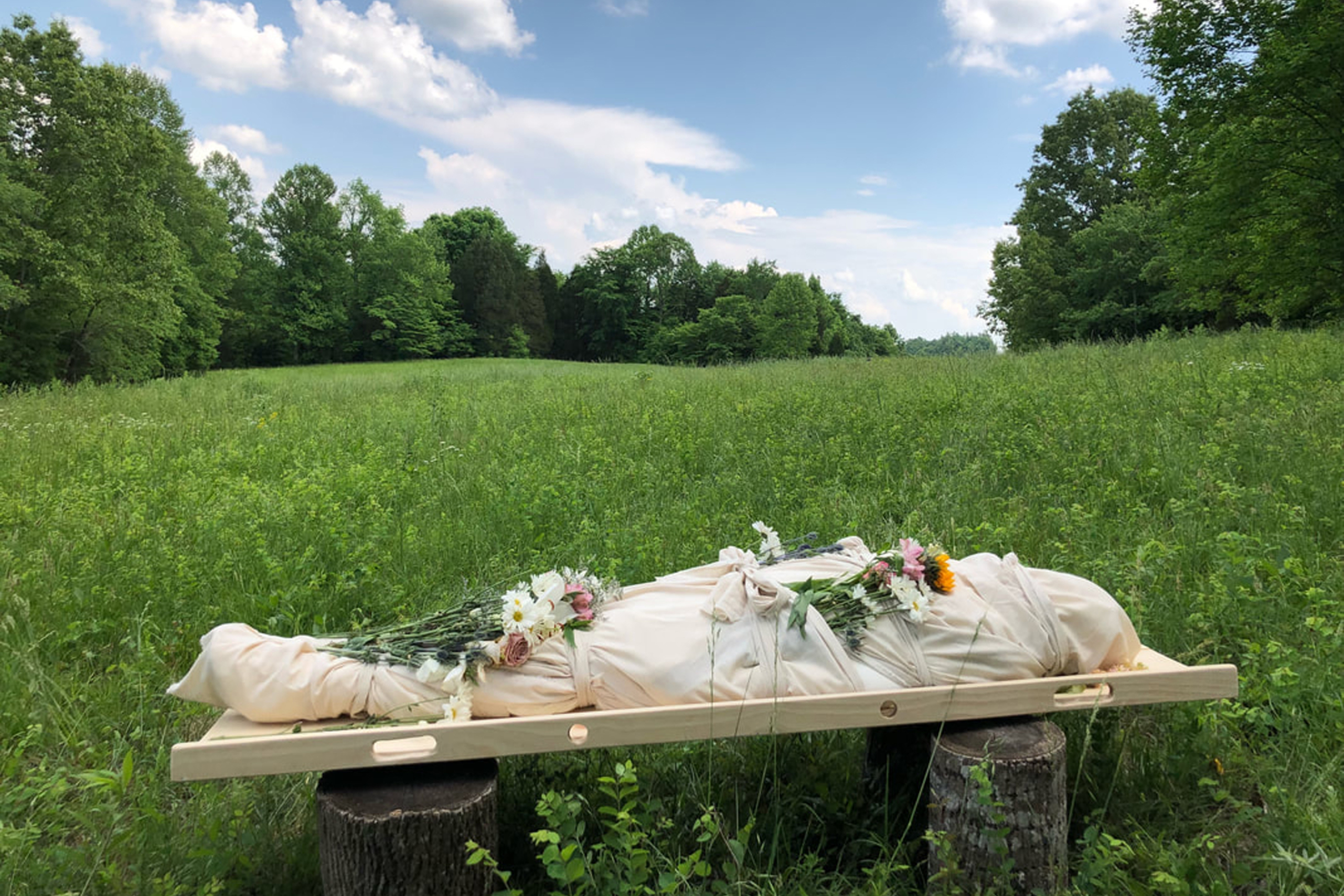 There is one thing in this world that all humans have in common, no matter their circumstances: we will all die. From a young age, we are conditioned to see death as something scary, rather than as a normal part of our lives. In an effort to keep the uncomfortable reality of death as far away from us as possible, funeral homes usually give us two options: embalming and burial, or cremation. However, modern day embalming has the potential to introduce many dangerous chemicals into our groundwater and soil, such as formaldehyde, a known carcinogen. The cremation process also releases large amounts of carbon dioxide into the air, as well as requiring a rather large amount of energy to perform. In an attempt to better the relationship between our environment and our inevitable demise, many are looking to greener corpse solutions, and they’re becoming more popular.

The process of embalming can be traced all the way back to Ancient Egypt, where corpses would have their brains eviscerated and their internal organs removed before the bodies were placed in a solution of nitrogen salt, then dried and wrapped with gauze. However, just before the Civil War, a doctor by the name of Thomas Holmes developed an arterial embalming solution that would change the way we approach corpse preservation forever. The new arterial fluid gave birth to a new embalming process that was commissioned by Abraham Lincoln to be used on Union soldiers during the Civil War. The main ingredient of the fluid was arsenic, which we now know to be a highly dangerous chemical to both us and the environment. Arsenic also has one other deadly quality: it has the potential to stay in soil for thousands of years. In fact, many of the original Union corpses embalmed using Holmes’s methods continue to leech arsenic into the soil and surrounding groundwater. In the late 19th century, arsenic would later be replaced with formaldehyde, which is still used in embalming fluid today.

The cremation process is far older than the embalming process and much simpler. By heating the body to a very high temperature, usually around 1400 to 1800 degrees Fahrenheit, the biological components of the body begin to vaporize, leaving nothing behind but inorganic bone matter and possible foreign objects (such as hip or knee replacements). These bone fragments are then collected and placed into a machine known as a cremulator, which serves to pulverize the bones into a fine dust. This dust is then collected, placed into an urn, and then given back to us as ashes. While it may seem like the environmentally friendly option, it consumes large amounts of energy and expels large amounts of carbon dioxide into the atmosphere. Essentially, while it’s still more environmentally friendly than traditional burial, cremation can still have drastic effects on the environment around us.

With the rise of environmental activism, many are questioning what they can do to make their own deaths eco-friendly. The truth is that several new and exciting options either already exist or are currently being developed. Alkaline hydrolysis, or “aquamation,” is a process in which the body is placed inside of a cage that is then placed inside of a pressurized tube filled with water and lye. The high temperature causes the lye in the water to strip the body of its chemical components, breaking them down into the water around the body. After a time of about four to six hours, the inorganic bone fragments are once again extracted and placed into a cremulator, after which the “ash” will be delivered to next of kin. The chemical components of the water are then safely poured down the drain. While this may seem morbid and unhygienic, the drained fluids of an embalmed body are also poured down the drain in a similar manner. Aquamation thus brings a more environmentally friendly cremation option to families. However, alkaline hydrolysis is not yet legal in all fifty states for use on human corpses, but many states are legalizing the process to be used on animal corpses. The result of alkaline hydrolysis is a more environmentally conscious death solution that contributes far less carbon dioxide to the atmosphere and consumes far less energy.

There is one solution, however, that requires no outside chemicals, no environmental harm, and little cost. In fact, it is the easiest solution offered: natural burial. It is exactly as it sounds; no embalming, and no outside treatment of the body. Instead, the body is usually wrapped in a cotton shroud of some sort (although other options include environmentally friendly caskets, or no shroud at all) and then buried straight into the soil, without the need for a burial vault or any other kind of barrier. While the goal of embalming is to preserve the body for as long as possible (although not indefinitely; even the most well embalmed bodies will begin to putrefy), the goal of natural burial is exactly the opposite: to speed up the decomposition process. While the result may be… unsightly, it allows the dead to become one with the Earth that sustained them in life. It allows us to fully become a part of the circle of life. Unlike traditional burial however, natural burial is not allowed in all cemeteries. Instead, those hoping to be buried naturally must find a cemetery that allows it, although many more cemeteries are switching over to allow natural burials as well.

With the rise of natural burial and aquamation, death options are becoming more varied and environmentally conscious. As the modern-day embalming process is over 150 years old, these exciting new options allow many to finally choose what it is that they want for not only their corpse, but for their environment as well. As the Green Death becomes a more common reality, so too does our ability to reckon with it and embrace it, a mindset that many are now deeming the “good death.”