Review of “The Half of It” 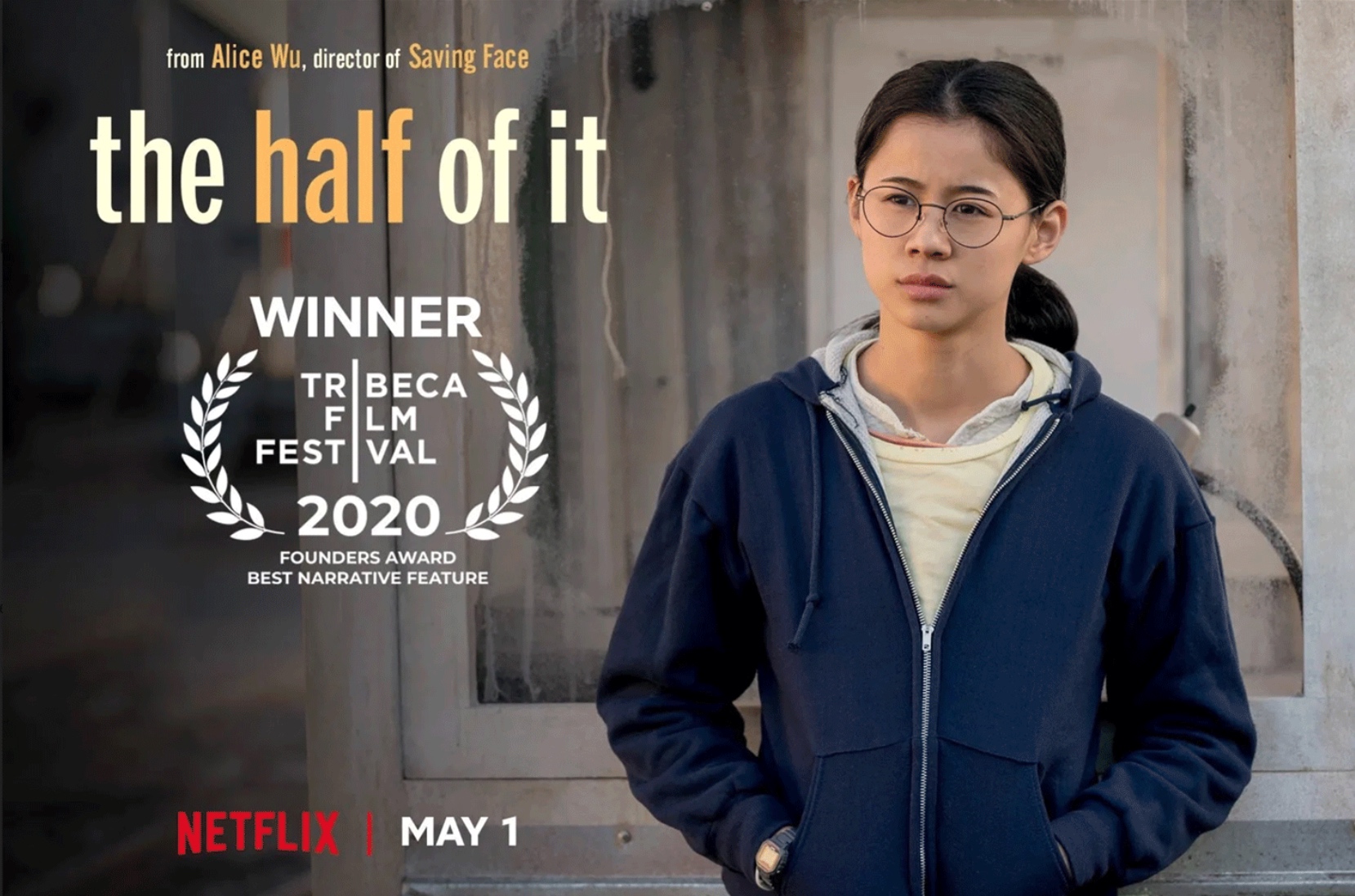 According to the ancient Greeks, we experience four types of love: Eros or romantic love, Storge or familial love, Philia or platonic love, and Philautia or self-love. When we hear about a lesbian movie, the first thing we picture is a romance between two women-- Eros. Director Alice Wu, however, diverts from the mainstream. Wu’s first movie, “Saving Face” (2004), delves into a reality where the term “lesbian” has more meaning than just romance between two women. In her latest movie “The Half of It” (2020), Wu expands and reminds us of the scope of love that extends beyond labels. "The Half of It" is a coming of age movie that explores different kinds of love through the story of Ellie Chu.

Ellie Chu is an ordinary high school senior who writes essays for fellow classmates as a side hustle, manages her home, and is a closeted Asian lesbian in a heteronormative mostly white town. She is approached by a school jock- Paul Munksy- to write a love letter for Aster Flores- the bookish pretty girl in their school. Having a crush on Aster herself, Ellie initially rejects the offer but later agrees when she has to pay for the electricity bill that her father neglected. As she exchanges letters and texts with Aster professing to be Paul, an unexpected romance blossoms between the two of them.

Yet, the movie isn’t just about romance. It is also a subtle story of immigrants. Ellie’s father’s experience as a first-generation immigrant is evident from his struggles at a job far below his engineering degree from China. That combined with the father's grief over losing his wife and his adjustment to small-town America complicate Ellie’s story in a heartwarming way. Ellie’s experience as a second-generation immigrant in a mostly white town is revealed by the distance she feels not only from others but also from herself. In the movie we see Ellie stocking up on free Yakult because the nearest Asian market is three hours away. We hear her father say, “They don’t understand my accent.” Dialogues and moments like these invoke empathy and pain for a reality many viewers can resonate with, making the movie “raw as a scraped knee” as TIME magazine noted.

Throughout the movie, you see each of the main characters struggling to find and understand their place in the world. “I’m like a lot of people-- which makes me kind of no one,” Ellie tells Aster during one of their text exchanges. Even though the characters in the movie are teenagers, the movie is not a “teen” movie; the journey to self-discovery is universal.

The movie spends more time on Ellie’s relationship with her family, her friends, and self than it does with her relationship with Aster. This hints at a gay reality that many gay-romance movies fail to portray: being gay influences your relationship with yourself, your family, and unmistakably your friendship. This reality is even more true when you’re a person of color like Ellie or come from a conservative family like Aster. There is a common complaint against “The Half of It” on the internet-- it isn’t gay enough. I call such criticism completely bogus. Being gay doesn’t make you exempt from racist name callings. Being gay doesn’t mean you don’t experience familial love, platonic love, or self-love. Being gay makes you a person and “The Half of It” shows us exactly that, by not reducing the characters’ personhood to simply romantic interests.