By Fatima Nkata
Editor in Chief 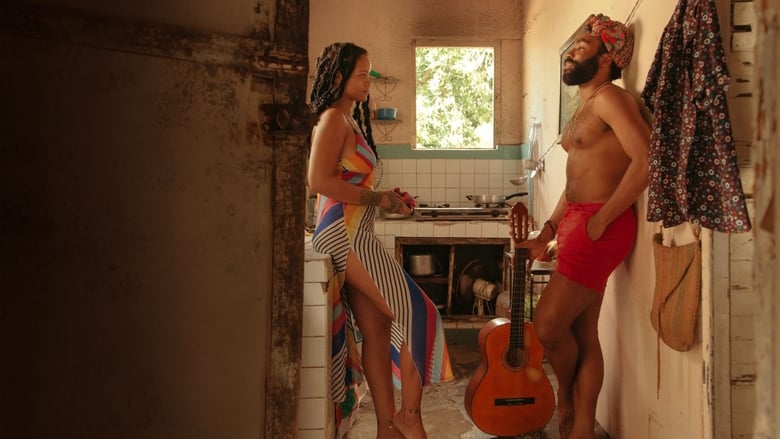 “Guava Island”, Donald Glover’s 2019 musical-romance-thriller, is a simplified yet refreshing take of the familiar theme of capitalism and its impact on art, on society, and on the human spirit.

With a run-time falling between an extended TV episode and a feature-length film, the film opens with a storybook fairytale-like five minute animated opening sequence beautifully narrated by Rihanna. While devoting that much time to an animated opening sequence may not seem like the most economical use of time for a film with a run time of less than an hour, it gives the very necessary backstory of how Guava island came to be and how its inhabitants found themselves in the unfortunate reality they are in.

Small-time reggaeton musician Deni and his girlfriend Kofi live on the beautiful yet impoverished Guava island which is not quite the paradise it was meant to be. The island’s most precious resource is a rare and expensive blue silk produced by a silkworm found only on the island. Guava Island’s textile industry and export is controlled by Red Cargo and his band of paramilitary minions. The islanders are forced to work every day of the week at the textile factory or at the shipping docks earning barely enough to get by on.

Deni, who is passionate about his music, works full time at the shipping docks and part-time at the local radio station. His music is popular among the islanders. To them, it is a hopeful ray of sunlight in their otherwise bleak and monotonous long working days. Red Cargo also likes Deni’s music, particularly the propaganda jingles he has to play at the station. He sees Deni’s music as a tool for controlling the masses.

Deni dreams of creating the perfect song for his girlfriend Kofi who has been his inspiration since they were both children. Kofi dreams of escaping with Deni and starting a new life free of all the worries of living on Guava Island.

Fed up with the state of affairs they are all forced to live in, Deni decides to hold a secret music concert to bring the islanders a little bit of joy and happiness for one day. Knowing that a concert on Saturday night would mean that the islanders would not show up for work on Sunday, Red Cargo is determined to stop Deni. Despite the extremes that Red Cargo and his thugs go to to stop Deni from holding his concert, Deni goes ahead with it anyway. The consequences are dire for Deni but in the end, he does achieve what he set out to do. The islanders do get their day.

Music is central to the film; however, there is not nearly as much music as one would expect. Glover’s character does perform about seven pieces by Glover’s music alter ego Childish Gambino. Among the pieces performed is his iconoclastic “This Is America.” which is re-staged to fit the narrative of the film. A little disappointing, however, is the fact that the immensely talented Rihanna was very much underutilized on the music front. She does not sing a single song in the film.

While “Guava Island” is not quite a visual album like Lemonade or Black is King, the film is evocative of that familiar formulaic combination of art and political symbolism that artists like Beyoncé have tapped into to bring to the table thought-provoking reflections of the culture and times we live in.