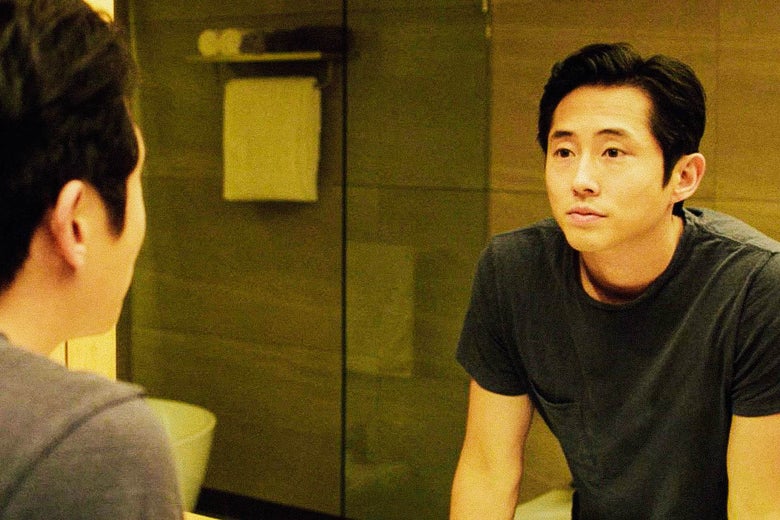 Image from the film "Burning"

In 2019, the South Korean film “Parasite” was released to universal critical acclaim, with many critics naming it as one of the best films of the 2010’s. “I’m exhausted,” says Bong Joon-Ho, the director and writer of the film, in response to the staggering amount of praise and awards his complex meditation on class and greed has won, most notable of which were a combined four Oscar wins at the 92nd Academy Awards, one of them being Best Picture. “Parasite” became the first foreign-language film to receive a Best Picture award, which has undeniably created a new level of public interest towards foreign films. For those who’ve watched “Parasite” and are eager to experience something similar, or for those who simply want to expand their movie watching horizons outside of the English speaking world, below are three South Korean films that have garnered similar acclaim and cult status as “Parasite.”

“Oldboy,” released in 2003 and directed by veteran South Korean filmmaker Park Chan-Wook, tells the tale of a strung-out alcoholic named Oh-Dae Su, who is suddenly kidnapped by an unknown assailant on a rainy night and imprisoned inside a cell that resembles a hotel room. After fifteen years of imprisonment with no answers as to why he was kidnapped, the now vengeful Dae-Su is suddenly released into the outside world and is given the task to discover his captor’s mysterious motives in five days, or else someone close to him will die. We follow Dae-Su as he finds himself caught in a meticulous web of violence, manipulation, romance, and revenge.

The late film critic Roger Ebert said it best when he described “Oldboy” as “a powerful film not because of what it depicts, but because of the depths of the human heart which it strips bare.” “Oldboy” is an exercise in absolute brutality and despair, pierced together by a story that harkens back to the Greek tragedies of old. Dae-Su is played by veteran South Korean actor Choi Min-sik, seen recently alongside Scarlett Johansson in Luc Besson’s 2014 film, “Lucy.”

Witnessing Dae-Su get routinely beaten down by his horrible thirst for vengeance throughout the film is painful to watch, yet all the more enthralling due to Min-sik’s dedication to the role. In the beginning of the film, Dae-Su is an overweight and pathetic individual who lives a despicable life of indulgence. By the end of the film, he is a physically fit yet spiritually broken man who looks like he’s been to hell and back, an appearance that looks like the physical manifestation of anguish. Every crease in Dae-Su’s skin, every scar, every cynical expression, is completely believable due to Min-sik’s powerhouse performance.

As the story progresses, Dae-Su forms a unique partnership with an eccentric sushi chef named Mido (Gang Hye-Jung), who feels inexplicably drawn to him and his bizarre predicament. The nature of their relationship is not entirely clear, though it gives the film a sense of purpose. Wedged between their partnership is Lee Woo-jin (Yoo Ji-tae), the antagonist of the film. Ji-tae dominates every scene he’s in with his portrayal of the psychopathic Woo-jin, creating one of the most off-putting and genuinely unnerving villains in all of cinema. “Remember,” he says, “don’t ask why you were imprisoned, ask why you were released.” Secrets are slowly revealed throughout the course of the film by Woo-jin as seemingly unrelated puzzle pieces. It is only when the puzzle is solved that the film presents one of the most disturbing and unexpected climaxes in film history. “Oldboy” is available to stream for free on Vudu and Kanopy, and is available to rent on Amazon Prime.

“Burning” is a psychological mystery released in 2018 by filmmaker Lee Chang-dong. The film tells the story of Jong-su (Yoo Ah-in), an aspiring young writer, who by a chance encounter is reunited in Seoul with childhood friend Hae-mi (Jeon Jong-seo). Hae-mi asks Jong-su if he can watch over her cat while she goes on a spontaneous trip to Africa, which he accepts. When she returns, she introduces Hae-mi to Ben (Steven Yeun), a wealthy and attractive socialite from Gangnam whom she met on her trip. Jong-su, who comes from a poor farming community, grows increasingly wary of Ben, whose condescending demeanor and close relationship with Hae-mi invokes feelings of envy and suspicion within him. These feelings intensify even more when Hae-mi suddenly goes missing, and Jong-su sees Ben as the prime suspect in her disappearance.

“Burning” is a film that does not give the audience easy answers. While it initially presents itself as a mystery thriller, “Burning” slowly unravels into a complex social commentary on capitalism, misogyny, generational trauma, and South Korea’s rigid caste system. When Jong-su first meets Ben, he asks him what he does for a living. “To put it simply, I play,” says Ben in a smug tone of voice. “Even if I explained it, you wouldn’t understand.” Later on in the film, Jong-su, in conversation with Hae-mi in Ben’s luxurious apartment, calls Ben a “Gatsby.” Jong-su says, “Mysterious people who are young and rich, but you don’t know what they do.” He continues, “There are so many Gatsby’s in Korea.” These lines of dialogue represent what many disenfranchised young people in South Korea think, looking at an unjust world dominated by a caste system they cannot possibly comprehend even if they wanted to. Unfortunately, these themes could also be very relatable to a western audience, as the wealth disparity in America is shockingly high.

“Burning” works not only as a mystery but as a desperate and urgent message about the anxieties that the working class face in contemporary society. Despite the fact that some may struggle to understand the film’s more Korean-specific themes (as I did on my initial viewing), the film’s story alone is enough to leave you breathless and exhilarated as you watch these three characters spiral down a chasm of angst and despair.

“Memories of Murder” is a crime thriller written and directed by Bong Joon-ho, and is the first film that brought him international acclaim. Released in 2003, the movie tells the true story of serial murders that took place in South Korea between 1986 and 1991. Song Kang-ho (“Parasite”) stars as Park Doo-man, the lead detective of the case. Seo Tae-yoon (Kim Sang-kyung) is his partner. v

What makes this film unique in the serial killer genre is the fact that most of the detectives are portrayed as incompetent and prone to acts of violence. Many times throughout the film they inadvertently crumble what little evidence and testimonies they have due to their corrupt behavior and unplanned methods of tracking the killer. Though as the film progresses, their skills become more practical and intelligent, leading them closer and closer to the suspect and his horrible crimes. While their initial actions make the detectives highly unlikeable, their transformation from incompetent and ignorant officers to passionate and obsessive investigators is incredibly riveting to watch. The murders completely embroil Doo-man and Tae-yoon, and soon they are unable to think of anything but theories on how to catch the killer.

Bong Joon-ho’s unique cinematic style is very apparent in “Memories of Murder.” While it’s one of his earliest films, we feel as though we are witnessing someone who has had experience behind the camera for a lifetime. The film’s setting alone, an isolated and rainy rural community, is enough to give the chills with how creepily it’s shot. Every scene, every line of dialogue, is drenched with suspense and darkness that harkens back to films like “The Silence of the Lambs” and “Seven.” Though, unlike those two films, “Memories of Murder” builds such intensity throughout its runtime and with an ending that is one of the few that left me with my jaw dropped. It’s a shame that this film is not as recognized in the crime thriller genre because of the fact that it’s not from the western world.

“Memories of Murder” is currently unavalaible to stream, though the Criterion Collection will be releasing a newly enhanced remaster of the film in the near future.