The 2020 Census and Henry Ford College 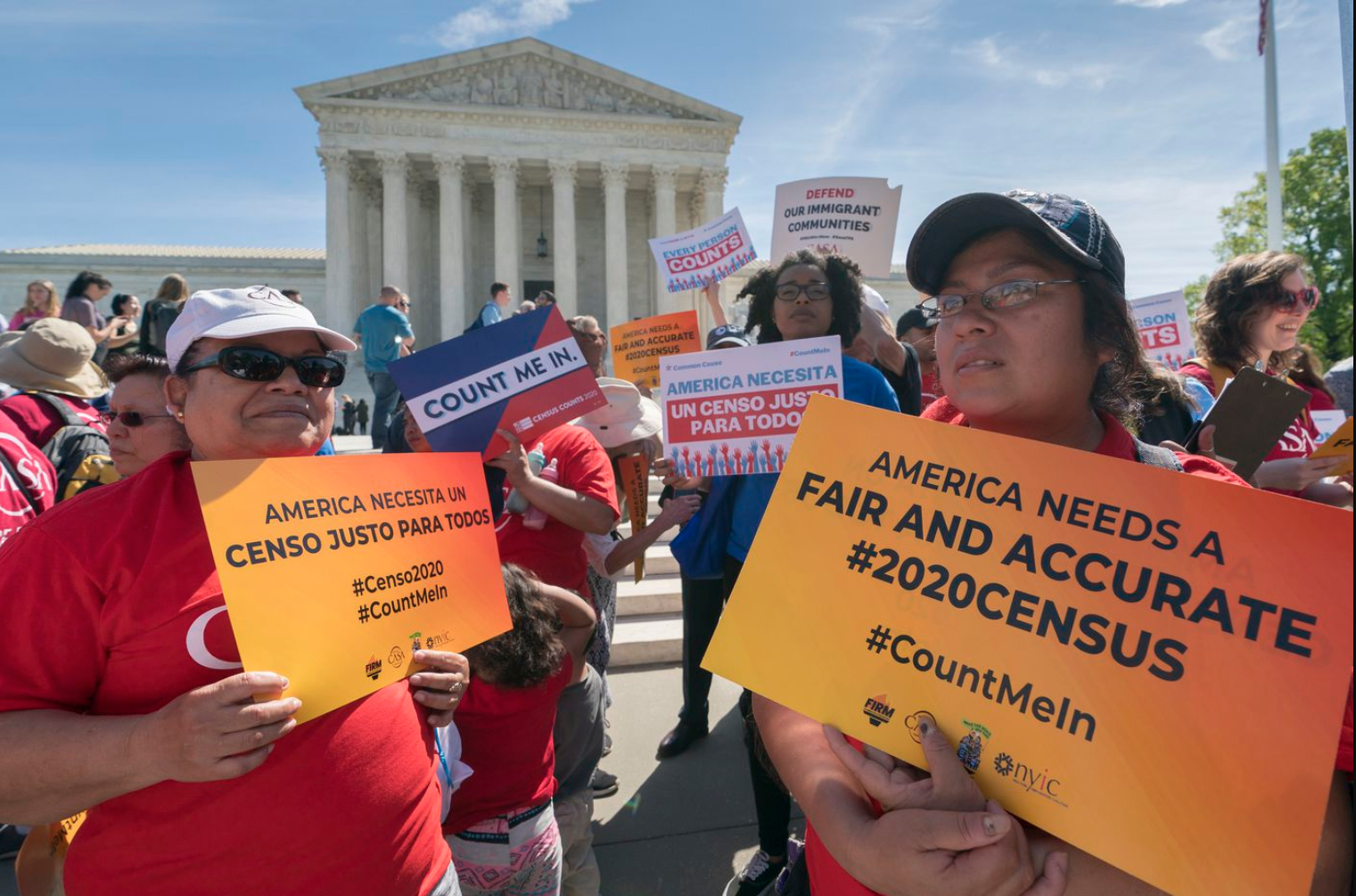 People advocate for an accurate Census count | Photo by J. Scott Applewhite for the Associated Press

Last June, the U.S. Supreme Court blocked the Trump Administration’s attempt to put a citizenship question on the census. The timing of the Court’s decision means that the question will not be on the 2020 census. The Census Bureau began printing questionnaires by last July to meet the April 2020 deadline for the census count.

Every ten years, the United States collects data for the census and uses it to apportion seats in the U.S. House of Representatives to allocate money for neighborhoods, social services, public health, transportation, and education.

Critics of adding the citizenship question point out that if people are afraid of Immigration and Customs Enforcement (ICE) coming after them for checking “no” under the question “Are you a citizen?” then they will be less apt to take the census, leading to an undercount.

In an interview with Michel Martin on National Public Radio, former U.S. Census Bureau director Kenneth Prewitt explained the impact of the U.S. Census and what might happen if some groups are undercounted: “If there’s a differential undercount, that is, some groups are amiss at higher rates and other groups or some regions, geographic areas are amiss at higher levels in other regions, the amount of money that is tied to census results is in the billions. The amount of that money does not change. Only its allocation changes. So, a state or demographic group which is undercounted in the census will get less than its fair share. And, by definition, those which were totally counted at 100 percent they will get part of an unfair share because they’re getting the money that’s left over from the people that were not counted. So that’s a big consequence because you’re talking about health care. You’re talking about transportation systems. You’re talking about disaster preparedness. A large number of things which get federal support are allocated on the basis of the fundamental census count.”

“I believe the census is important because it not only gives funding for public schooling, but schooling at two-year institutions like Henry Ford College,” Director of Library and Academic Support Services Kate Harger said.

Community College Daily writer Ed Finkel explains, “The U.S. Census determines both political representation in Congress and state houses, as well as disbursement of $675 billion in federal monies to state and local governments. The stakes are high for community colleges, their students, faculty and staff, which is why two-year colleges, their state associations and the American Association of Community Colleges (AACC) are preparing to encourage full participation.”

Henry Ford College’s Eshleman Library is one place where community members can take the census online if they do not complete a survey in person.

“The ALA (American Library Association) points to three key roles for libraries with regard to the census: 1. Partners in e-government, 2. Education and community outreach, and 3. Public spaces. I want to highlight that the library also has a number of computers that do not require a [HFC] login,” Harger said.

Despite no events planned as of yet, Harger encourages community members to come to the Eshleman Library and to complete the census.

“Community members may utilize [our] computers to complete the census. In addition, I would anticipate that community stakeholders may also utilize library space to conduct education and outreach sessions,” Harger said.