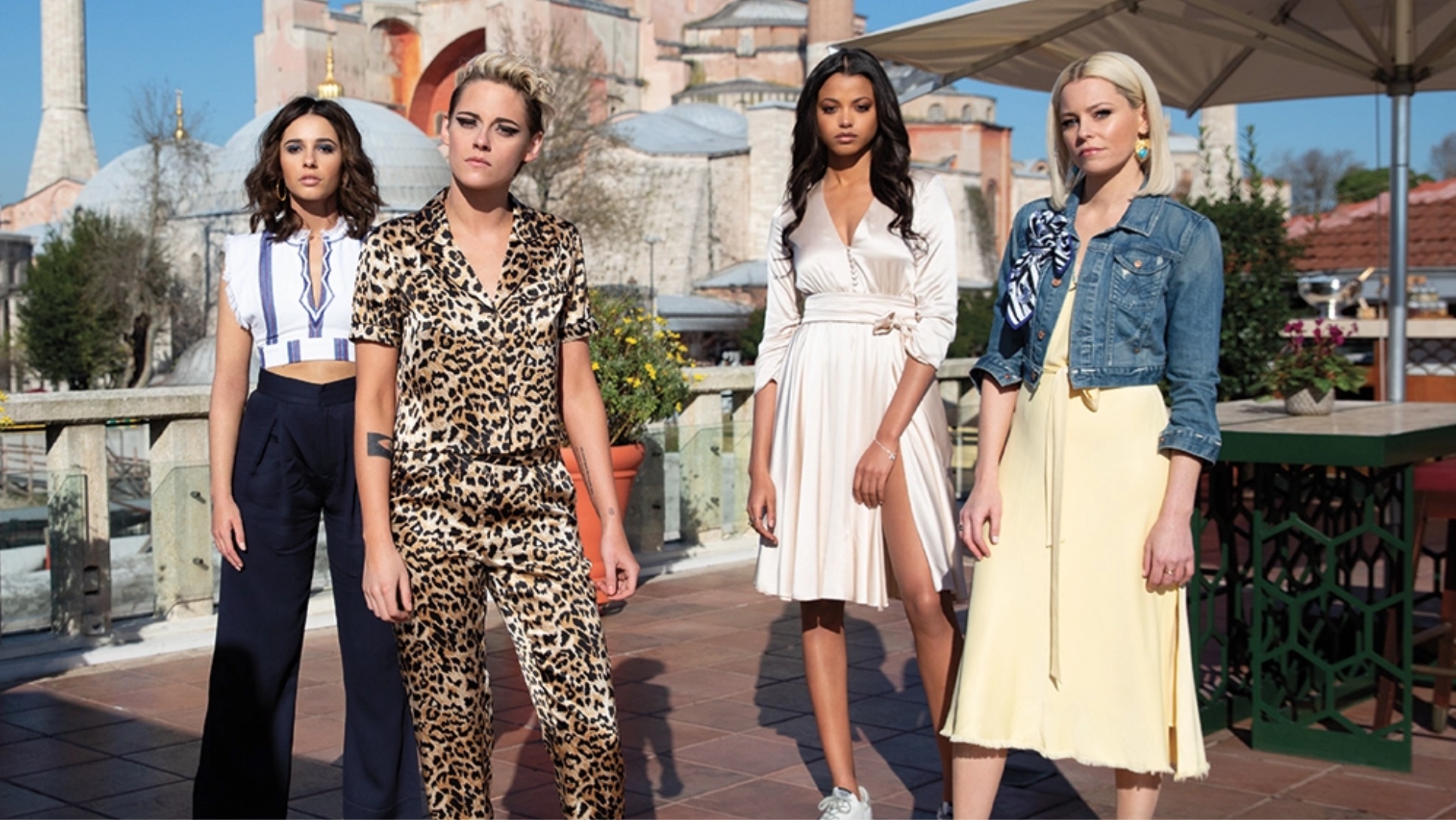 Scene from Charlie's Angels (2019) | Courtesy of Chiabella James for Variety

In this year of remakes, reboots, and reimagination of hit film classics, Sony Pictures brings to the table the latest incarnation of Charlie’s Angels, the trio of butt-kicking crime-fighting, world-saving sexy female private detectives who first made their appearance on screen over four decades ago.

“Charlie’s Angels,” written and directed by Elizabeth Banks, starring Kirsten Stewart, Naomi Scott, Ella Balinska, and Banks herself, follows a new generation of Angels called into action to protect the world by stopping criminal elements from getting their hands on new technology that could be weaponized.

Beyond the familiar plot, sexiness, and the action-packed sequences, Banks’ “Charlie’s Angels” is not just a nostalgic reboot of a hit franchise, it is a reimagination of the original cult series and the subsequent films that followed. Banks highlights the evolution of the characters and adds a storyline reflective of current times.

The original 1970’s TV show, created by Ivan Goff and Ben Roberts and produced by Aaron Spelling, was a paradoxical intersection of the concerns and demands of the women’s movements of that time and the misogynistic nuances of the objectification of women in television which ushered in the jiggle era, a period in television when women were depicted scantily clad and highly sexualized with their physical attributes pretty much jiggling all over the place.

The 2000 and 2003 Charlie’s Angels films (produced by Drew Berrymore and staring Barrymore, Cameron Diaz, and Lucy Liu) did a great job of covering the original nuances in a coating of irony by portraying the Angels as more independent, forceful, and empowered heroines while leaning on quirky comic relief. The fact remained, however, that the heroines were outliers in a world dominated by men; they worked at the behest of a man, and their handler was a man.

Against the backdrop of the current wave of female empowerment in the wake of the #MeToo movement, Banks takes a for-us-by-us approach with her film. She highlights women empowerment as something that is embedded in women and better portrayed through the female perspective and not viewed through the male gaze.

Sabina Wilson (Kirsten Stewart) is the embodiment of “a girl that can do both.” She gets dolled and wears sexy outfits and long wigs when she has to, but she is also a hard-partying, highly skilled wildcard with a long criminal record and a history of breaking and entering, assault and battery, grand theft auto, and identity theft. She is the first-ever LGBTQI Angel.

Jane Kano (Ella Baliska) is a former MI-6 operative. She left her job and joined the Townsend agency because she was being undervalued at her former workplace. She is the muscle of the group.

Elena Houghlin (Naomi Scott) is an MIT-trained scientist. She is the brains behind the new technology. Her immediate boss ignores her warnings that the technology is not yet safe to be launched. She becomes a whistleblower and joins the Angels to keep the technology from the wrong hands.

Townsend Agency has expanded worldwide with Angels operating from various bases around the world. Rather than being the male handler of the Angels, Bosley is now the code name of all team leaders across the globe including female leaders; and Charlie Townsend might actually be a woman who had taken on a male alias in order to secure business from clients who would otherwise not trust a woman to get the job done.

Banks plays the role of Bosley. She is the only Angel in the history of the agency to have risen in the ranks from being an Angel to assuming the role of team leader. Considering that Banks is the first female to take full reign of a Charlie’s Angels production, this is perhaps a deliberate juxtaposition of art against real life.

The first line of the film, “I think women can do anything,” delivered by a dolled up Sabrina (Kristen Stewart) sets the tone for the rest of the film. This generation of Angels will deliver the expected sexiness and action-packed sequences that their predecessors did, but they will do so on their own terms.

That message, however, may not yet resonate with audiences. With a $48 million production budget, “Charlie’s Angels” opened below expectations with domestic box-office sales of $8.6 million and overseas sales of $19.3 million. Attracting a score of 58 percent on Rotten Tomatoes, the film was not a big hit with the critics. However, following its premiere on Nov. 15, Banks took to Twitter to express that even though some may consider the film a flop, she was proud of “Charlie’s Angels” and was happy that it is in the world.