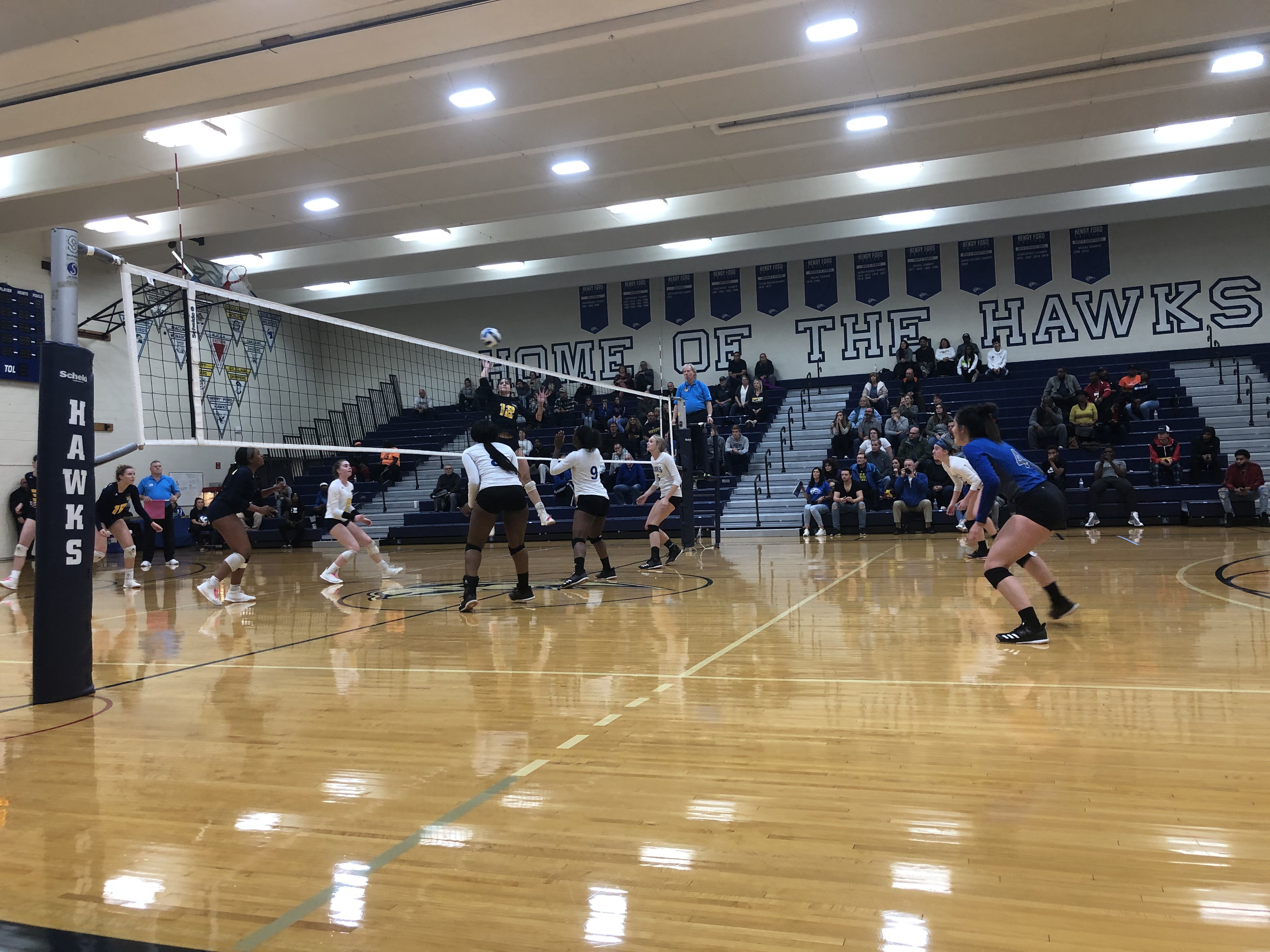 As the fall season ends, the Hawks women’s volleyball team reflects on its ups and downs.

The team began their season in August, and their last game was on Oct. 29 against Saint Clair County Community College. In a close match, the team lost in five sets. The Lady Hawks won the first set 25-13. The Lady Hawks managed a close win in the second set, 25-22. Last season, they had not won against Saint Clair, so the Lady Hawks felt good about coming so close to beating them this season. Between all five sets, sophomore Olivia Grantham had 4 aces to led the team.

About her team-leading performance for the night, Grantham said, “I wanted to leave on a good note.”

This was an important night for the team, as it was Sophomore Night, celebrating the hard work of the five sophomores on the team. These five athletes have been with the team for two years, and they have been big assets. The five are Halee Dorn, Olivia Grantham, Rachel Herrmann, Tori Jones, and Regine Porter.

“I thought that the first two sets of our game against Saint Clair were the best we had played the whole season,” said Grantham. “Unfortunately, we had a problem with finishing the game, so we ended up losing.”

Before the team’s match against Saint Clair, they went up against Schoolcraft Community College, and won in three sets. A highlight during this game was a once in a lifetime play. Grantham served the ball across the net, and a player from Schoolcraft had tipped it over the net, trying to trick the team to think that she was going to hit it. Grantham hit it with one hand, and then freshman Jahnae Collins hit it with her foot, and Halee Dorn hit it with her knee, sending it over the net to the back right corner, scoring a point.

About the play, Grantham said, “Right after I got the ball up, I didn’t think it was going to go over.” Grantham went on to explain, “It was already a bad touch, but when Jahnae got it up, and Halee kicked it over, I went crazy. I was jumping up and down, screaming at the top of my lungs. It was definitely the most exciting thing to happen this season.”

After asking Grantham what her future in volleyball holds, she said: “I am coaching with Dianne Phillips, a Henry Ford coach from last year, for this upcoming club season. As for playing, I am really not sure. I love volleyball. it is one of the only things that allows me to free my mind, but balancing school, extracurriculars, and athletics is extremely difficult.”

The Lady Hawks finished the season 4-8 in the conference and 3-4 at home.