Recognizing the Role of Professional Sniffers 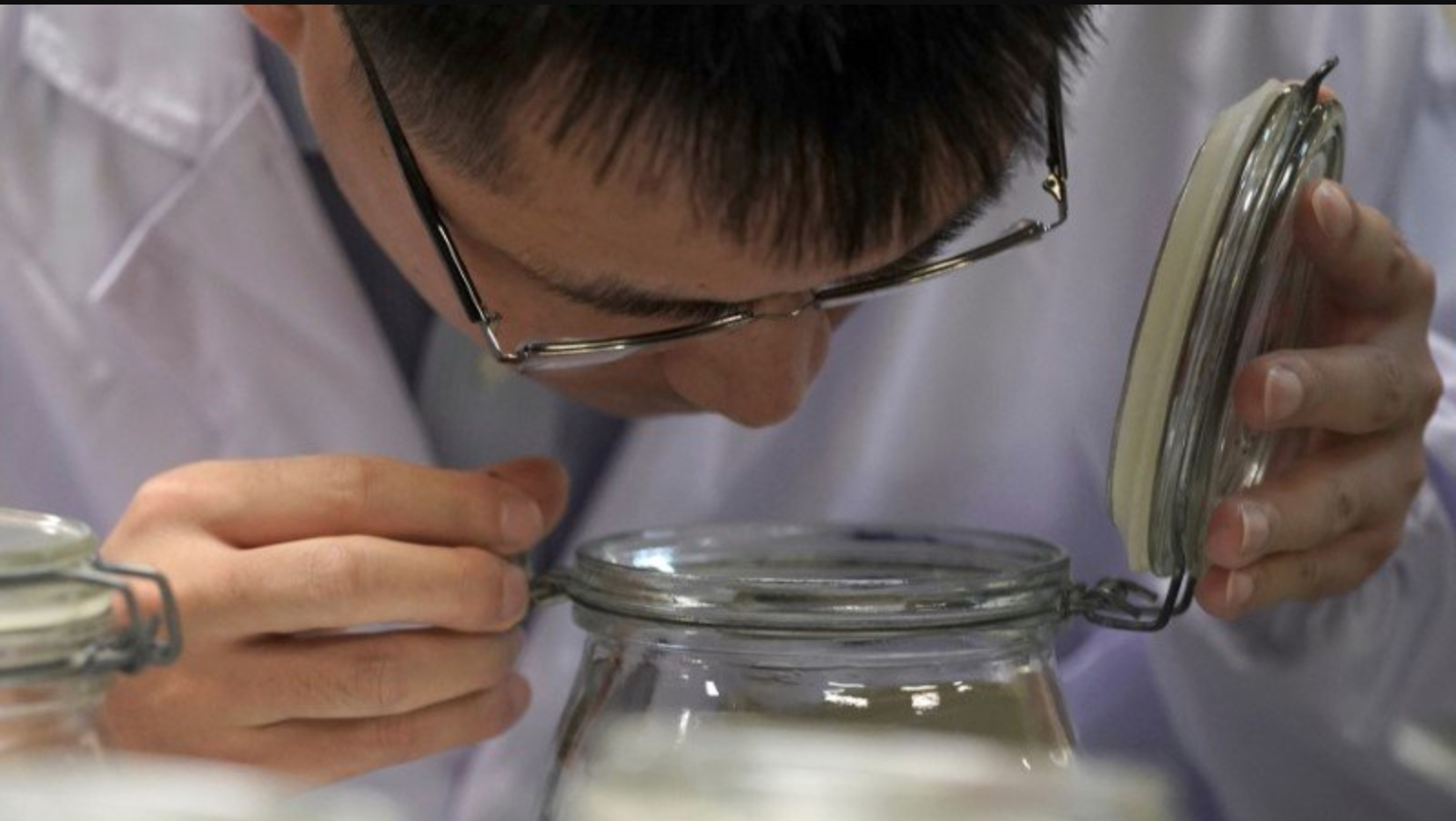 Of our five senses, one is commonly taken for granted: smell. As we assimilate to the odors around us, we fixate on the foul, casting stink eyes toward public restrooms and dirty gym socks. Some scents, on the other hand, induce a positive reaction; the cinnamon candle that reappears every fall, the homely aura that greets you at the door, even the Lavender Peppermint Poo-Pourri, which ensures a “natural toilet transformation” for the most atrocious aroma.

To the naked nose, disparate whiffs might just be a part of life; humdrum, as it were. To others, though, it is a career. Professional “sniffers” are literally paid to “stop and smell the roses,” or any other scent for that matter, as a result of their keen olfactory abilities. They are employed by perfume companies, food manufacturers, even medical professionals aiming to interpret bodily functions through fart smelling (you read that right). In China, “expert fart sniffers” are employed to assess internal conditions of the body, serving as an alternative to radiography, surgeries, and other costly procedures. Additionally, specialized training is offered to further differentiate various flatulence — ripe, sour, sweet, etc.

The Institute for Art and Olfaction in Los Angeles is a perfumery school and laboratory devoted to exploring scents. In her article “I Went To An Armpit Sniffing Class,” Jennifer Swann of VICE describes her experience in the facility, along with the smells that accompanied it. In an under-arm sniffing class, she and other participants readily dove into strangers’ dirty laundry in an attempt to “learn something new.” During the workshop, armpits were described in great detail, going so far as to label one “juicy.” According to the article, one person could even guess hair length based on smell alone, even though they were only analyzing T-shirts.

Don’t be fooled, the job is more than gas, giggles, and other bodily anomalies; it requires such a sharp sense of smell that occupants must forego smoking and drinking. George Aldrich is a professional sniffer for NASA. “What really makes me important to NASA is that I actually use my sense of smell to protect the astronauts from obnoxious odors in space,” he said in an interview with the Science Channel. Aldrich exercises his nasal receptors daily, allowing him to detect more than 10,000 different smells, including farts, though they are below him.

As Michael Scott from NBC’s “The Office” once said, “crazy world, lotta smells.” He, too, recognized the importance of the scents around us, but few are able to make something of them. It is not likely that people will get less smellier, so there will be the need for professional sniffers to assist in alleviating this issue. Until then, we’ll keep smelling farts, armpits, and who “nose” what else.