by Muna Saleh and Jessica Schrader 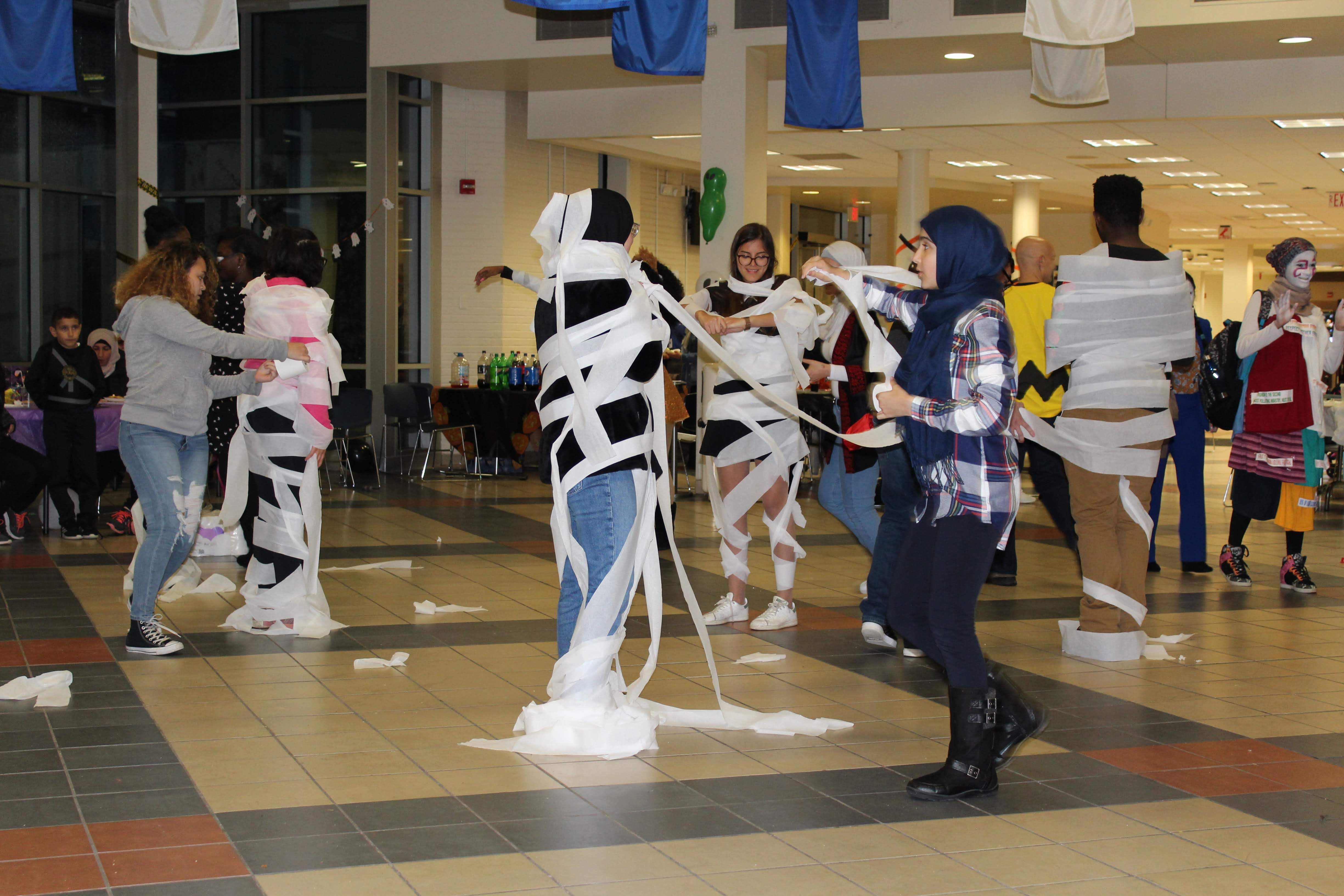 On the night before Halloween, Henry Ford College held the first “Doom”ocracy party in the Skylight Café. This all-ages event featured a comedy show by Amer Zahr and the band Brand New History. Guests who attended were encouraged to dress up as popular political figures to win the $50 gift card up for grabs. Activities included Wrap the Mummy dubbed “The Walking Debt” and cookie decorating.

“Doom”ocracy was hosted by the Michigan Democracy Institute for Civic Engagement. MDICE is a recently formed multi-college club organized to give students a voice in politics and encourage them to be politically active. The Halloween-style party was organized to be a fun way to inform students about the upcoming election on Nov. 5 and get them registered to vote. “Politics can often seem very scary and isolated, especially when you’re from a community college and you have a lot of disenfranchised communities here,” Nesreen Ezzeddine, the host and organizer of “Doom”ocracy, stated. That’s why she joined MDICE and now encourages students to speak to their local representatives about issues they’re passionate about.

The event kicked off with the costume contest. Contestants dressed up as various political figures and even personified political ideas such as rainbow capitalism also known as pink capitalism. The contestants introduced themselves as the audience cheered for their favorite costume. The winner of this contest who swept the board with the loudest cheers was an 8-year-old boy who attended dressed as a little ninja.

Brand New History, the cover band who played at “Doom”ocracy, has HFC’s own English instructor, Scott Still, on guitar and vocals. The band also featured Brian MacLean on lead vocals, Neil Lewis on bass guitar, and Jay Fisher on drums. They were generous to donate their time in order to play for the attendees throughout the night.

Comedian Amer Zahr is a Palestinian-American who was born in Jordan and raised in America. His engaging set focused on common issues and familiarities with local Arab families. He touched on things such as how hard you have to work to please Arab parents and different ways they react to issues. Ali Hassen, an attendee who seemed to enjoy the set, said Zahr presented a “really funny but realistic view on how Arabs are treated in the community.”

Ezzeddine said MDICE hopes to host another “Doom”ocracy party next year in the lead up to the 2020 presidential election and encourage students to vote because their voices do matter.