DEEP CUTS: Shows Under the Radar worth Watching 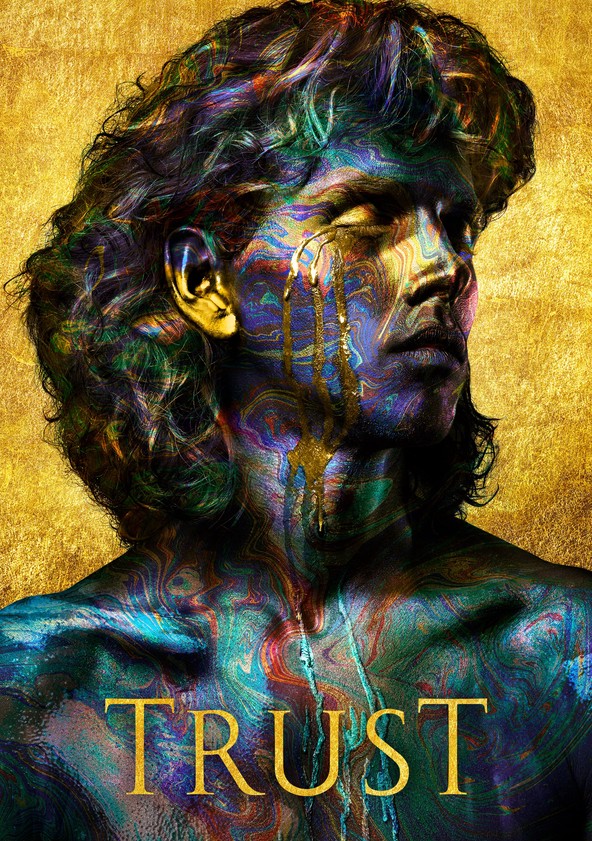 The landscape for television viewing has changed drastically over the past 10 years or so. We went from watching television in a controlled, trickle down fashion, with releases of our favorite shows coming once a week and building the suspense accordingly, to the binge format provided by online streaming services.

With Disney+ joining the likes of Amazon Prime, Hulu, and Netflix, every passion project and napkin idea seems to be funded, so finding television that is worth watching can be challenging. That is where I come in.

As an introvert who suffers from mild agoraphobia, I do the hard work of sitting my lazy butt on the couch, binging show after show. My dedication to wade through the ocean of diarrhea to find the islands of great TV knows no bounds. It takes a real American hero. I’m sure the thank you letters will roll in by the millions.

Let me take you on a journey through a few shows that are worth your time and attention.

What is more entertaining than a show about the extremely rich doing extremely disturbing things for the sake of greed, power, or just plain boredom? Maybe a lot. Throw in a powerhouse cast featuring Donald Sutherland, Hilary Swank, and Brendan Fraser? Now we are talking.

“Trust” is a story based on true events that follows one of the wealthiest, most powerful, and unhappiest families in American history: The Getty family. The Getty’s are oil tycoons, and this is a story about how money poisons its most prosperous collectors. The story begins in 1973 with the kidnapping of one of the heirs to the Getty business and fortunes, possibly the only Getty with a heart.

John Paul Getty III (Harris Dickinson) is the grandson to his namesake, J. Paul Getty (Sutherland), and he is kidnapped by the Italian mafia in Rome for ransom. Getty III quickly makes friends with his captors and his captors develop a fondness for him.

Getty III’s grandfather also has a fondness for his grandson, only his attraction to money and power outweigh whatever this sociopathic version of love might be. The story takes you on the rollercoaster of events that follows the Getty’s trying to lowball negotiate with the mafia.

Grandpa Getty is immoral to an entertaining fault. He has a harem that includes a multitude of women in different stages of life that bow and scrape to his every whim. Their payoff is endless money and all the accoutrements a person could desire. When Grandpa Getty releases his attack dogs on the landscaper because he thinks he might be homosexual, the harem jumps from their seats and rushes to the nearby window to watch the attack with excitement. This is not a hero story.

For a titillating story about filthy rich debauchery, tune in to “Trust” on Hulu or on the dino box’s FX on-demand menu. There is rumor that a second season will chronicle the rise of J. Paul Getty set in the 1930s.

God is missing! The voice of God, has been freed from its heavenly prison and found itself a host in an alcoholic, chain-smoking, brawl winning preacher that is experiencing his very own crisis of faith.

This heaven and hell epic is not your traditional story about good versus evil, rather most everyone is both evil and good, and that includes God. It picks up with the Texan preacher Jesse Custer (Dominic Cooper) acquiring power that graphically explodes all previous host into a shower of blood and body parts. Custer sets off on a mission to learn more about his new-found inexplicable power, deal with his troublesome past, and, literally, to find God.

A side character, my personal favorite, Eugene “Arseface” Root (Ian Colletti) is a blindly blissful follower of both the Preacher and God. His nickname derives from his botched suicide attempt where he survives a shotgun blast to the mouth but not without its consequences; he drinks meat shakes and his face looks like a literal “arse.” His ironic journey finds him escaping the depths of hell with his new friend, Adolf Hitler (Noah Taylor).

As the show’s final season wrapped up at the beginning of fall, which I have yet to watch, the journey takes you through four 10-episode seasons, and with each new season is a semi-new cast with a plethora of amazing and satisfying characters.

Aside from the characters, the shows story travels the country and embraces voodoo, witchery, and other forms of blasphemous irreverant magic. God often appears in a latex dog gimp suit complete with collar and leash. Viewers with a sense of wonder and adventure will enjoy the cinematography, solid character acting, and exciting story filled with irony, betrayal, murder, and mayhem.

“Snowfall” is an American crime drama that is created by John Singleton (Boyz n the Hood, Higher Learning, Poetic Justice) and is set in 1980’s Los Angeles at the beginning of the crack epidemic that ravished the country. The story is said to be contrived from eyewitness accounts.

The story isn’t the truth. It isn’t fiction either. It is nestled somewhere in between, like most of our Facebook timelines. “Snowfall” is brilliant.

“Snowfall” is riddled with conspiracy, suggesting the crack epidemic began because America was funding the Contras, a right-wing rebel group that fought in opposition to the socialist government in Nicaragua. The Contras used terrorist tactics and committed a myriad of human rights violations and, perhaps, are behind the most memorable cheat code in video game history. (Up, up, down, down, left, right, left, right, B, A, start.).

“Snowfall” is a story told with a paintbrush and each stroke brings you deeper into the beautifully tragic and horribly real epic that is the crack game. The most interesting character is the young Franklin Saint, whose story is similar to that of Grand Theft Auto: San Andreas, which is also said to be based on factual accounts. You get to watch Saint grow from a dime bag selling corner hustler to the largest crack supplier in Oakland and beyond. We watch how quickly a sampler looking for a good time metamorphosizes to a full-blown crackhead, which is sometimes in the very same use.

We also get to watch as the American government both profit from the distribution of the drug and politicize the wake of its destruction. Reflecting on Reagan’s “War on Drugs,” McDonald says prophetically that politicians want crack in Black and Mexican communities to limit their success.

“Snowfall” is entertaining and has a valuable lesson about America getting involved with drug games, with prophetic connections to the opioid epidemic we currently face. There are three seasons of “Snowfall” to binge on Hulu but be quick, the series is scheduled to be removed from Hulu and a fourth season has been announced for 2020.

To be fair, “Daybreak” was just released on Netflix, so it may not quite qualify as a deep cut. “Daybreak” is a cross between “Riverdale” and “The Walking Dead” and has cross-generational appeal.

This post-apocalyptic story begins with a normal “cliquey” high school being bombed by an atomic-looking explosion. The blast seemingly devolved all the adults, save a few, and killing some of the children.

Aesthetically handsome social outcast Josh Wheeler (Colin Ford) seeks his new girlfriend in the devastation. The high school cliques form together to make “Mad Max” type gangs. The jocks terrorize the stragglers without a clique, the cheerleaders form the feminist group of Cheermazons. science nerds and gamers form their own respective gangs.

Wheeler reluctantly joins forces with a 10-year-old genius, pyromaniac, and sociopath Angelica Green (Alyvia Alyn Lind), a gay Ronin-samurai seeking redemption, Wesley Fists (Austin Crute), and a biology teacher (Krysta Rodriguez) turned witch that behaves differently than other “ghoulies” or adult zombie-like characters. The group forms their own clique and ventures into their own storyline of self-discovery along the way.

Matthew Broderick (“Ferris Bueller’s Day Off” and cult classic “The Cable Guy”) stars as Michael Burr and/or Baron Triumph whose sincere desire to help the children become a perversion of his role as high school principal before the blast. He makes the show.

The show takes a heavy-handed attempt at tackling modern day social issues and if the viewer can ignore this sometimes cringy didacticism, they will be treated to a fun and chaotic coming-of-age, post-apocalyptic, and zombie-like series filled with interesting multi-layered characters. Season 1 is available to stream on Netflix. Notable omissions include “Peaky Blinders” a crime drama on Netflix, “You’re the Worst” a FX comedy, “Derek” a Netflix dramedy, “The Detour” a raunchy family comedy on TBS, and “Wu-Tang: An American Saga” on Hulu.

So, find yourself a cuddle-buddy, a good food delivery service, and a day sans responsibilities and binge these shows. I hope you enjoy the fruits of my laziness.