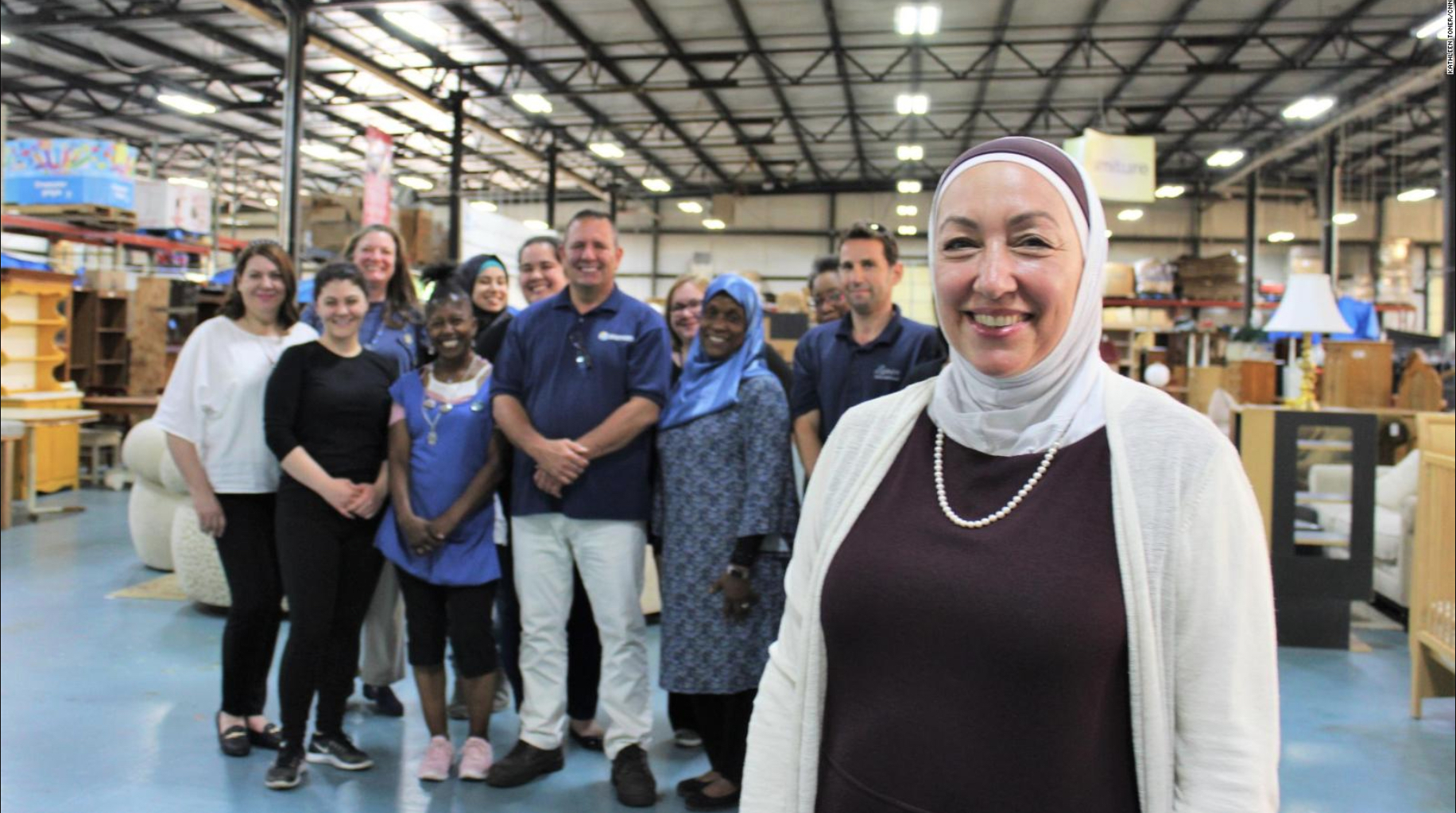 From the humble beginnings of a grassroots organization to worldwide acclaim, Zaman International has been servicing the metro-Detroit community for over 20 years.

As a transcultural clinical nurse, Najah Bazzy was used to heartbreak. In 1996. as with many patients, she developed a personal relationship with a newly-immigrated family of four, which included both parents and a new set of twins. Shortly after their birth, one twin passed away, while the other fought a terminal diagnosis, conclusively deemed a hospice case so the child could be cared for at home.

Upon visiting the home, Bazzy was distracted by the absence of furniture. “I thought they were moving,” she recalled. A basket filled with clean laundry was operating as a makeshift crib. A single-burner camping stove and picnic cooler were among the few items in the house. After gathering herself on the front porch, Bazzy rented a U-Haul to transport furniture and other necessities from her mother’s, who was moving at the time. Bazzy donated the furniture to the family. “They were overwhelmed,” she said. “It [was] deeper than appreciation.”

Bazzy’s eyes were opened to the poverty within her own community, propelling her to work as a humanitarian. For 15 years, her office was the back of her van, with the occasional lent garage or basement, before she upgraded to portable storage units. In 2009, during a “coming up party,” she announced the need for a perennial office space. Doctors Nader and Rima Bazzi of Contemporary Dentistry, both newly involved with Zaman, graciously donated a move-in-ready facility, where the organization stayed until their move to a warehouse in 2017.

Now, the over 40,000 sq. ft. space is brimming with furniture, canned and fresh foods, individual offices, and a state-of-the-art kitchen. Zaman International’s warehouse has the feeling of a thrift store; shoppers have choice in their purchases, making for a dignified experience. Families receive supplemental food (based on members) and are able to choose between a variety of foods.

Hussein Silbili, owner of the Dearborn Yasmine and Saj bakeries, raised over $50,000 and constructed the kitchen within months, a project originally planned for years down the line. The warehouse is constantly bustling. Volunteers organize donated clothes, furniture is transported from outside in, and Bazzy herself is supervising every operation. “There’s a miracle around every corner,” she said.

Among the 250 families served, 98 percent make less than $24,000 a year; the average client, a single mother with 2-3 kids, makes around $12,000 a year. In response to these statistics, Zaman designed vocational courses in English as a second language (ESL), sewing, and culinary arts.

The one-year culinary program involves hands-on learning in the kitchen, with routine testing and a certification exam upon completion. In addition, a 12-week program, that includes the content in a shorter time frame, is also available.

The goal of the sewing curriculum is to foster entrepreneurship; after learning the basics, students are able to sell their work at craft fairs and keep all of the profit. Soon they will be able to sell online. After raising $4,500 in 2018, Zaman International developed an online store that will be launched in the near future.

ESL classes teach basic literacy in one-on-one or small group settings, primarily targeted at women that receive food stamps or are below the poverty line. As with the culinary program, ESL learners are tested and consistently show improvement.

Zaman has partnered with more than 440 organizations. Some offer monetary or physical donations, whereas others serve as a referral if help is needed beyond Zaman’s resources. As Dearborn Public Schools’ charity of choice, they receive all food donated during their annual “Battle Against Hunger,” where schools compete in a week-long canned food drive.

Bazzy has been nominated as a CNN Hero several times in the past, but it was the latest attempt that proved successful. Zaman’s founder is humbled by the award. “When you do this kind of work, all the crystal, all the accolades, they’re important for the organization, but what matters to me is that the entire Zaman family feels ownership of this,” she said.

“I want Henry Ford College to be proud of it.” Bazzy adds, “because the work is important.”

Of the 20 to 25 CNN “heroes” selected each year, the top ten will advance and a global vote will determine the winner. Zaman has already witnessed the effects of the national attention through publicity and increased donations. The organization’s Facebook page activity has jumped over 70 percent since the nomination.

Bazzy and fellow Zaman staff hope to establish a wellness clinic adjacent to the kitchen, along with a space for social workers, case management, and mental health resources.

Bazzy has returned to HFC, her alma mater, to give workshops on diversity, women’s health, and health and relationships.

On Oct. 26, National Make a Difference Day, student volunteers will be heading to Zaman to partake in the annual day of service.

For information on how to participate in Make a Difference Day, contact Mandy Earl in the Student Activities office: mlearl1@hfcc.edu.