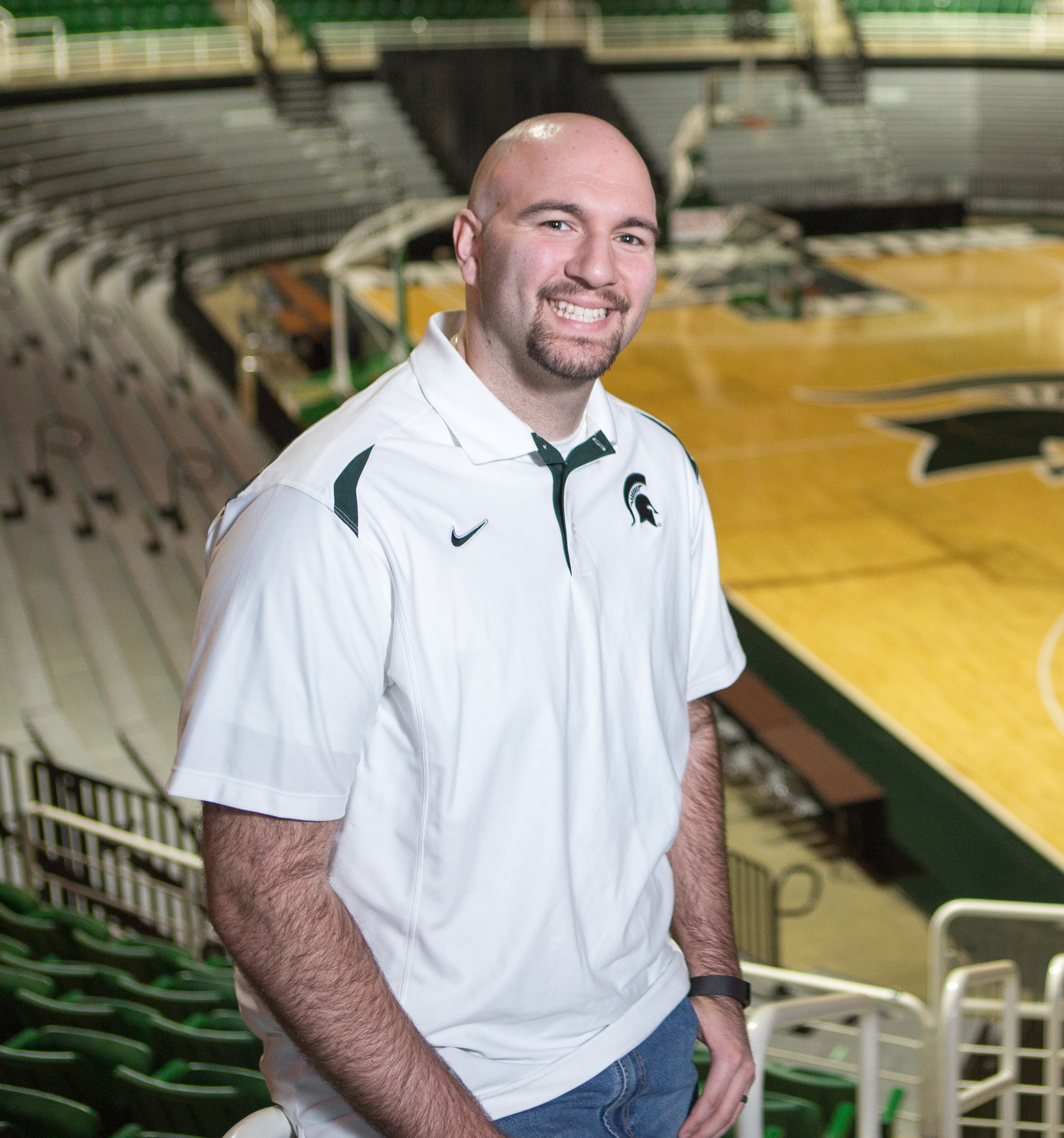 Skeptics of anti-bullying prevention methods, beware - Anthony Ianni’s Relentless tour is coming for your last vestiges of cynicism, and striking hard. Appearing on Henry Ford campus on September 18, those in attendance, including myself, found it impossible at the end not to be hopeful for the future.

Ianni, 30, has made a name for himself in the past with college basketball, as a former Big 10 winner, and now has made a career of speaking out against bullying in schools, with his Relentless Tour have gone to most K-12 schools and colleges around Michigan, as well as select colleges in other states. The lecture series, mostly focusing on Ianni’s personal experiences with bullying, has become popular for its optimistic approach, candor, audience participation and Q&A segments – and for its specific uniqueness.

Ianni, who is on the autistic spectrum after being diagnosed with Pervasive Developmental Disorder (PDD) in early childhood, speaks not only about “regular” bullying in schools, but the disproportionate amount of bullying that happens to autistic children – 80% will be bullied as kids, according to statistics. This is a subject that rarely ever gets covered in other school lecture tours, but Ianni knows it personally.

In a sense, the bullies of autistic individuals don’t stop after they grow up. “Doctors told my family to not expect much or see me do much in life,” Ianni shares in our interview. “My parents didn’t tell me that story until I was a freshman in high school, but that became my main motivator to go out and prove the world wrong. To show that just because I have autism doesn’t mean I can’t do all these great things.”

With that motivation, he not only became a Michigan State basketball star - the first Division II player (during early years at Grand Valley State University) with autism to be signed on to a college team - but a respected speaker with the Autism Alliance Network of Michigan, hired on the spot after a standing-ovation appearance at a Detroit gala. He’s since become an employee of the Michigan Department of Civil Rights, who have trusted him enough to sponsor his passion-project mission, the Relentless tour. “The initial idea was to visit 657 middle schools – that’s how many we have in Michigan – all in one year. Then I got bombarded with calls from high schools, elementary schools, private schools, prep schools, charter schools…” says Ianni. “So I was like ‘We should do everybody. It’s bigger than middle schools.’.”

Ianni and I speak comfortably during our interview, and even more candidly about autism, since my own experiences in the past with seeking out adult-autism evaluation informs much about my questions. Ianni is realistic about the stigma still present, but has hope that spreading the word can change minds.

“The thing is, people never give us a chance.” Ianni recalls saying to former coach, Tom Izzo, in an ages-past conversation. “A lot of people look at autism as a label, a stat. It’s my job to go out there and make sure people don’t just see us that way. Me, I’m a husband, father, motivational speaker, Michigan State Spartan basketball player…and I’m on the autism spectrum. And I am proud to say all of those things.”

And indeed, beyond using himself as an example, Ianni always makes sure on every one of his tours, to single out an individual audience member towards the end – usually a child. “Be the change,” he tells them, and everybody else listening. “Because change can happen, here, now – and it starts with you.”