Burning Amazon Affects All of Us 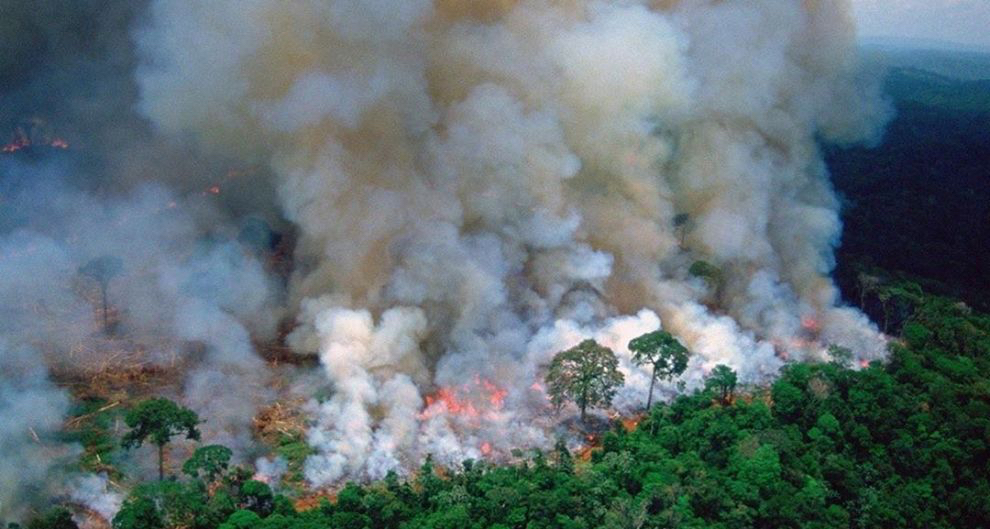 The Amazon rainforest, referred by climate scientists as “Earth’s lungs,” has been been on fire since August 15.

Accounting for 20 percent of Earth’s oxygen, the Amazon rainforest regulates the planet by absorbing nearly 430 million tons of carbon per year, according to a study from the University of Leeds. In addition, the rainforest’s rich ecosystem, including waterways and tree canopies, is home to a tenth of all species.

Five decades ago, colonization of the world’s largest rainforest was encouraged. Now, deforestation is proving detrimental to Brazil and the rest of the planet.

Brazil’s National Institute for Space Research (INPE) reported more than 74,000 wildfires just this year, with over 9,500 starting since August 15, an 83 percent increase when compared to the same 2018 period. Brazilian Environmental Minister Ricardo Salles blames the combination of dry weather, wind, and heat, suggesting climate change as the sole perpetrator; it may worsen such conditions, but it cannot cause them. Even during dry seasons, a humid rainforest doesn’t catch fire easily. “There is nothing abnormal about the climate this year or the rainfall in the Amazon region,” INPE researcher Alberto Setzer said. “The dry season creates the favorable conditions for the use and spread of fire, but starting a fire is the work of humans.”

Fire, a traditional part of tropical agriculture, is common among loggers and cattle ranchers who clear land for further utilization. Following the 2014 recession, Brazil relied on agricultural commodities, such as soy and beef, promoting excessive, illegal land clearing. Jair Bolsonaro, the newly elected far-right, pro-business Brazilian president, has only exacerbated these issues.

Through satellite imaging, Ricardo Galvão, ex-director of INPE, found an 88 percent increase in Amazonian deforestation, largely due to the Dirty Dozen, a group of corporations that profit from the destruction. These “global commodity traders” raze the rainforest to sell their products to big name retailers, relying on support from banks and investors to provide the necessary finances for expansion. Bolsonaro’s developmental agenda perpetuated by his seeming ignorance, that is, until global uproar forced him to address the problem. He issued a 60 day burning ban, but continued to turn a blind eye; 4,000 new fires were spotted via satellite imagery less than two days later.

During his campaign, Bolsonaro sought to explore the Amazon’s economic potential, encouraging ranchers and loggers to exploit and destroy the rainforest. Inspired by his rhetoric, farmers organized a “fire day” to burn land for agriculture. Furthermore, he vowed to “end all activism” in Brazil, including environmental and indigenous advocates. Since his election, Bolsonaro has eliminated Brazil’s climate change, mitigation and environmental policies, and deforestation divisions. Scientists like Ricardo Galvão have confronted the president with factual, satellite evidence, only to be fired for ”dishonesty.” Bolsonaro justifies the burning by blaming the country’s “lack of resources,” denying scientific proof altogether.

Although Brazil’s insistent burning may seem impersonal, the health of the Amazon rainforest directly affects every living being. Helping the rainforest can mean eating less beef (rainforest beef is typically found in fast food), protecting animals with the World Wildlife Fund, buying land through the Rainforest Trust, and supporting projects that promote awareness through the Amazon Aid Foundation..