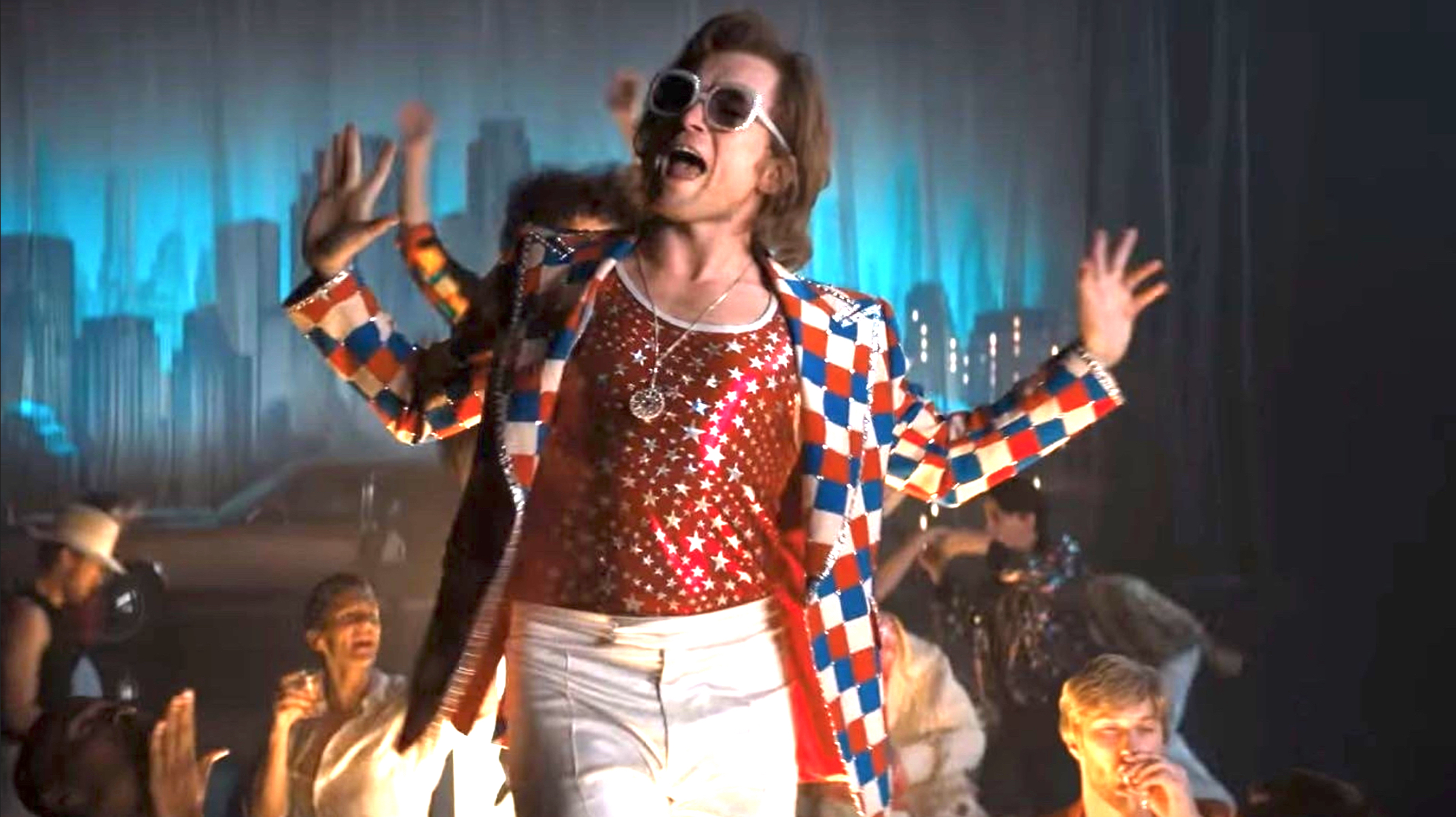 With the recent success of musicals and biopics, such as “A Star is Born” and “Bohemian Rhapsody,” it came as no surprise when “Rocketman” was released last month. Capturing the amazing life of Reginald Kenneth Dwight and how he became Elton John, the man who would change the music scene forever, this film entices its audience with the wonders of showbiz, both good and bad.

Taking on the role of a legend such as Elton John is no easy feat; however, actor Taron Egerton stepped up to the challenge and was absolutely phenomenal. Everything from his portrayal of the famous singer, his acting and vocals, which differed greatly from Elton himself, were absolutely stellar. From the moment the film starts and Egerton enters a rehab center in a fiery red and orange jumpsuit with wings and horns to match, I knew he was going to bring life to this film – and he did. So much so, that John was quoted saying “I don’t see an actor, I see myself.”

John was very active in the production of “Rocketman,” and while critics thought his choice of Egerton was questionable in regards to the actor’s heterosexuality, John stated in an interview with People Magazine that: “If people don’t like it, review-wise, or it doesn’t make one dollar, it’s the movie I wanted to make and that’s all that counts. I can look back and say, ‘You know what, I love it. I can live with it.’”

The film doesn’t just tell John’s story, it recreates it. While the timeline, events, and iconic fashion are real, the film respectfully provided its own take on each. Whether it be the bold choice of taking the stage in an Elizabethan-inspired dress, or John’s first performance at the Troubadour, “Rocketman” takes these moments and thoughtfully recreates them with their own vision for modern day cinematography. The theatrical musical numbers were upbeat and catchy, to be expected due to who originally sang them, but the way they were worked into the film to help guide the story was thoughtful and entertaining.

At times, the story did feel rushed and big moments felt like they were brushed over, but to be fair, how can one fit 72 years of a musical legend’s life into a two-hour film. I believe the film touched on the groundbreaking moments, the excitement, the heartbreak and the tragedy that comes with being a rockstar. It captured everything from John’s younger years as a boy learning to play piano, to recapping where he is today as an icon in the music industry.

I didn’t know what to expect going into the theaters. As someone who grew up knowing his music without experiencing it at the time, I wasn’t sure how much I would honestly enjoy the film. On the walk back to the car with the song “I’m Still Standing” stuck in my head, I decided this was one of my favorite films I’ve seen this year. It’s catchy, funny, heartfelt and will leave you singing the same tunes you have been hearing for years but with a new perspective.