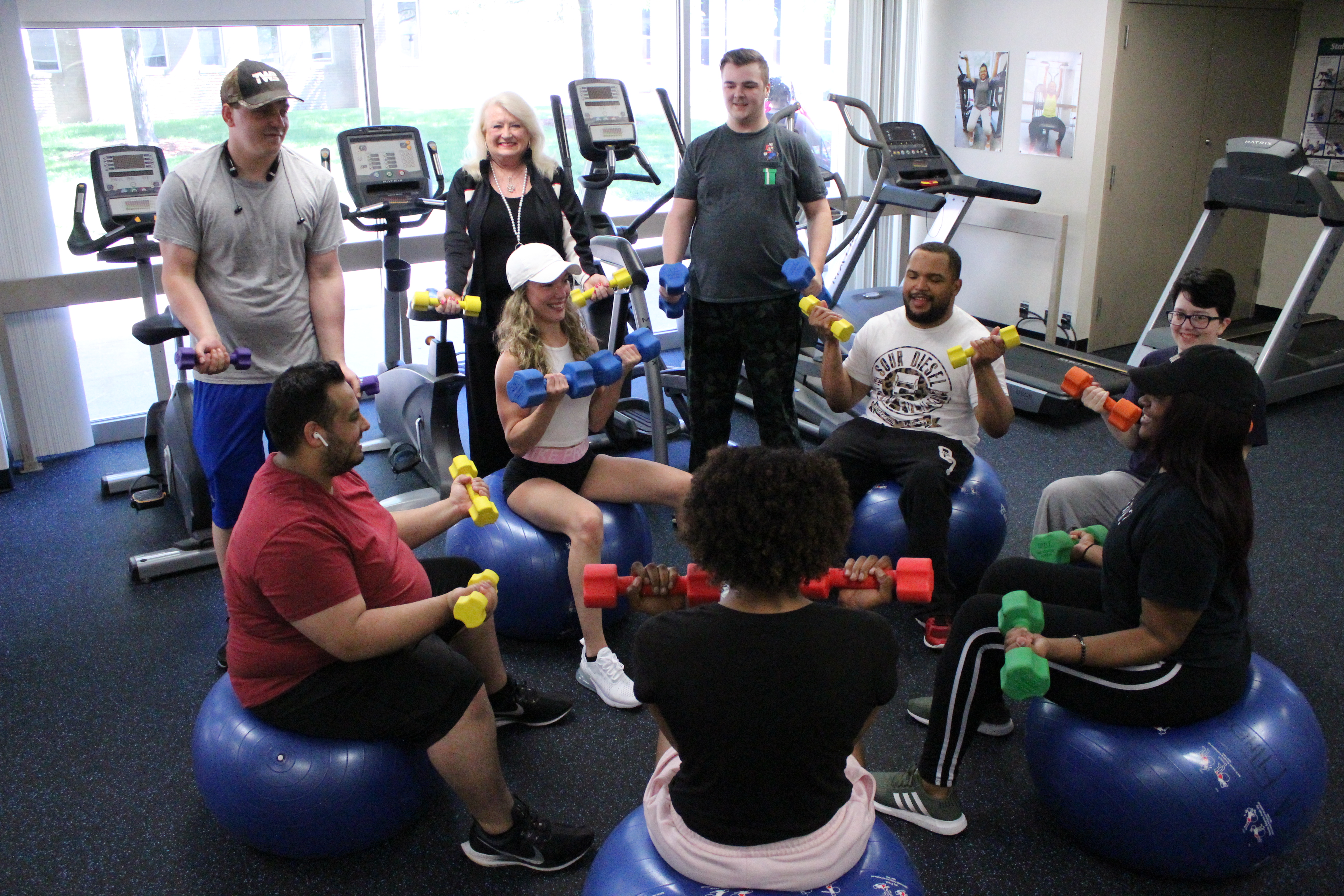 Bonnie Jobe, HFC health and fitness instructor and longtime fitness enthusiast, developed the strength training and wrote the curriculum. She has been a professor at HFC for many years and has seen many changes occur within the athletic building. Jobe worked alongside the Technical Investment Fund committee to bring the new machines to HFC. Jobe greatly appreciates the college’s School of Health and Human Services and the Technical Investment Fund for supporting the project. They wanted to make sure HFC was up to date with the fitness world. According to Jobe, the old machines were out of warranty and too much money was being put into outdated machines.

With the assistance of Fitness Things consultants, Jobe was able to find the proper workout equipment that was a good price, would fit comfortably in HFC’s small workout space, and would be a “good set of equipment for the general conditioning program for college students,” said Job. The equipment is individualized and allows users from all age groups and abilities to use it with ease. “This is for everyone,” Jobe says, “I love it because it’s individualized. You can work at your own pace.” Jobe continues, “I think it makes people feel comfortable. They feel like they’re achieving something. You’re not competing with each other or having to lift where everybody’s watching you.” For Jobe, “Everyone benefits.”

Jobe hopes the new equipment will allow for new classes and programs to be available for students. Jobe attributes the decline in the number of health and fitness classes in part to changes in federal financial aid and to program changes. Wellness courses are not necessarily required for most degrees or the credit can be satisfied with other sorts of health-related courses. Jobe said, “In general I think students love to work out. They want to take care of themselves. Even if you don’t need it for your degree, it’s just important to take it.”

There are QR codes on each machine that can be scanned and will link users to a video on how to properly use the machines. There are also places to set a phone or tablet while working out, but Jobe does not allow her students to use phones while working out except for listening to music.