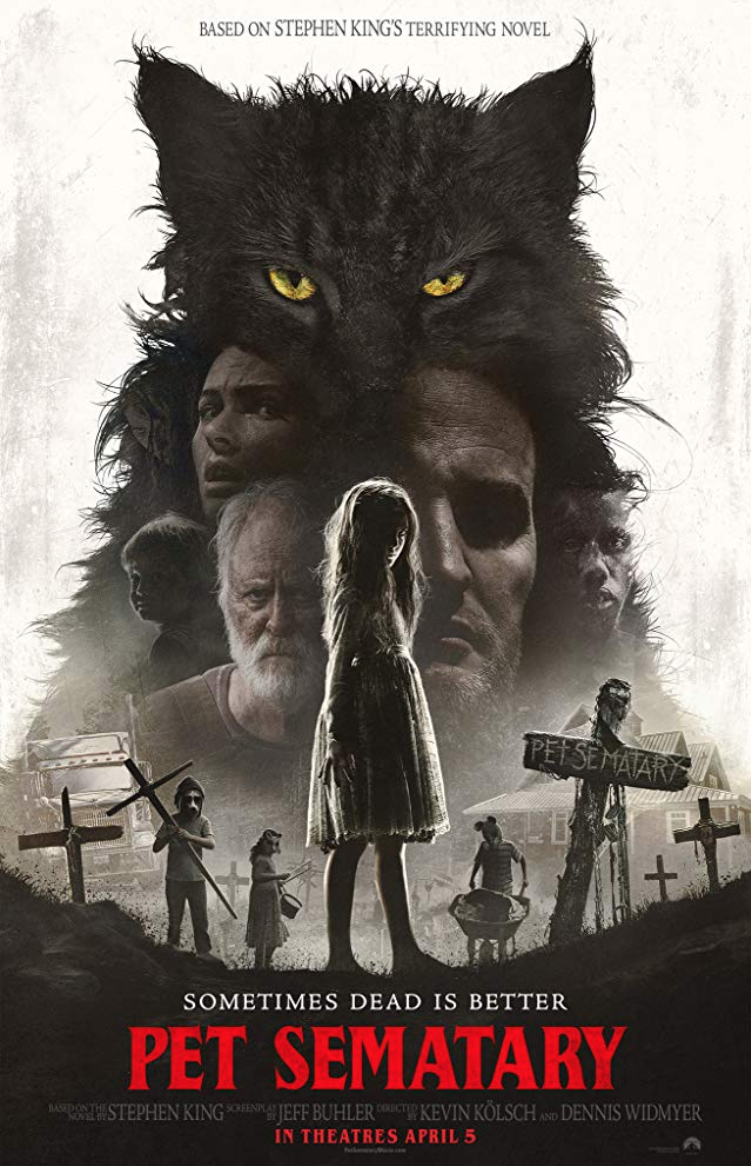 The Kevin Kölsch and Dennis Widmyer 2019 remake of Mary Lambert’s original 1989 adaptation of the Stephen King book “Pet Sematary” aptly explores the intricacies of the concept of loss and the futile folly of trying to cheat death.

Contrary to what the title would have you believe, “Pet Sematary” is not just about a pet cemetery, it is about something far more sinister. The film centers around the Creed family: Louis, his wife Rachel, their little girl Elle, their toddler son, Gage, and Church, the family cat. The Creed family moves to the small town of Ludlow, Maine. Away from their busy lives, Louis and Rachel hope to spend more time together as a family.

They meet a kindly old man, Jud Crandall, who lives next door. He introduces them to the features of their new property. A busy road on which 18-wheeler trucks constantly speed past, a spooky forest with a cemetery where people buried their dead pets, and an eerie barrier on the far side of the pet cemetery.

Church, the family cat, dies after being run-over by a truck along the busy road. Wanting to spare Elle from the loss of the beloved family cat, Jud, the Creed’s neighbor, takes Louis beyond the barrier on the far side of the pet cemetery to a sinister place with mysterious dark powers: an ancient Native American burial ground that brings back to life dead things that are buried there. Louis buries the cat there. The cat comes back to life and returns to the family home; however, something is not right about him.

The little girl Elle is also hit by a truck. Her father buries her in the Native American burial ground. She too returns to life. What follows is a hellish Frankenstein odyssey that leaves viewers questioning the father’s actions.

While the new “Pet Sematary” brings back some of the thrills and scares of the older adaptation and the book, it takes liberties in the retelling of the original story and offers up new and interesting twists and turns.

Elle, and not her toddler brother, Gage, is the one that dies in the new adaptation. She comes back to life a sinister shadow of the sweet little girl she once was. She is far creepier than Gage in the earlier adaptation.

Louis’s persona is more softened; he is more committed to family life and being the best father he can be to his children. Rachel seems a little more grounded than the earlier version; she fights down her childhood demons with a little more resolve. Jud, the elderly neighbor, is a much more lovable character; it is easy to sympathize with him. Not much can be said about the new Gage; he is a helpless little toddler silently bearing witness to the events unfolding around him.

The most enduring aspects of the narrative in the new adaptation is how it addresses grief, the fear of death, and the inability to let go of loved ones when they die. Rachel’s inability to talk about death and her desire to protect her children from any talk of death stems back to her childhood experiences. The death of her sister, whose macabre twisted body had been ravaged by spinal meningitis, haunted her as an adult.

Similarly haunted by a young man he had failed to save after the young man had been hit by a truck, Louis, a doctor by profession, did not want to accept his daughter’s death, especially knowing what he knew about the Native American burial ground. Even though he knew she would come back different, he was willing to do whatever it took to bring his daughter back.

Jud knew from experience what happens after dead things buried in the Native American burial ground came back to life. He, however, hoped that the outcome would be different with the Creed’s family cat. Not quite having accepted his own losses, he had a score to settle with death.

With Elle as the antagonist and not her brother Gage, the latest adaptation has a different ending than the 1989 film, but retains the ambiguity of the original ending, and viewers are once again left hanging.

“Pet Sematary” is rated R and is playing now in most theaters.