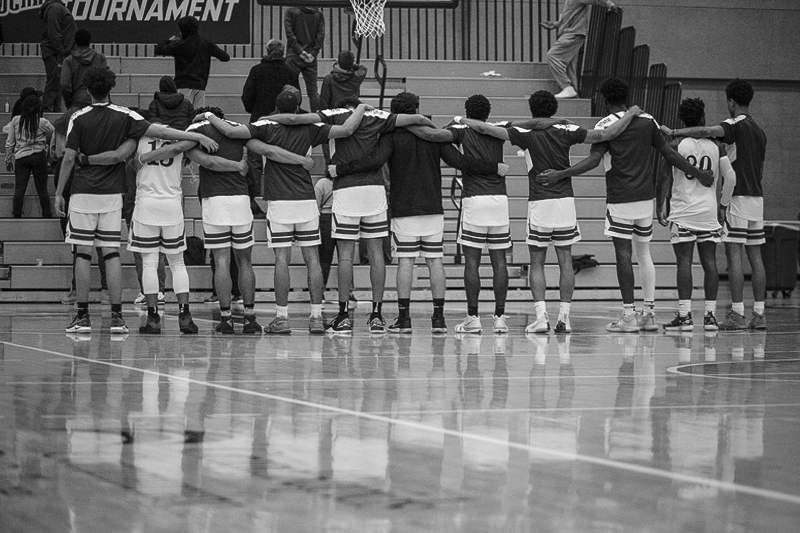 Leon Ayers led the Henry Ford Hawks in points with 28, while LaMarkco Gulledge and Andre Johnson each added eight points.

As the game got underway the St. Clair Skippers would jump out to a 14 point lead. With 16:39 left in the first half, the score was 16-2 Skippers.

At 11:15 left in the first half, Luster Johnson would drive the baseline for a reverse layup and get flipped and land on his hip and cause him to leave the game. He would continue to cheer on his team from the bench.

With seconds left in the half, Kiewuan Graham would have an electrifying dunk to spark the bench and crowd for the Hawks.

The Skippers would use a trap defense to control Henry Ford's offense throughout the game, leading to many turnovers that hurt the Hawks.

With the game coming to an end, Luster Johnson entered the game while injured to leave his legacy on the court. The crowd cheered to honor the last game Johnson would play as a Hawk.