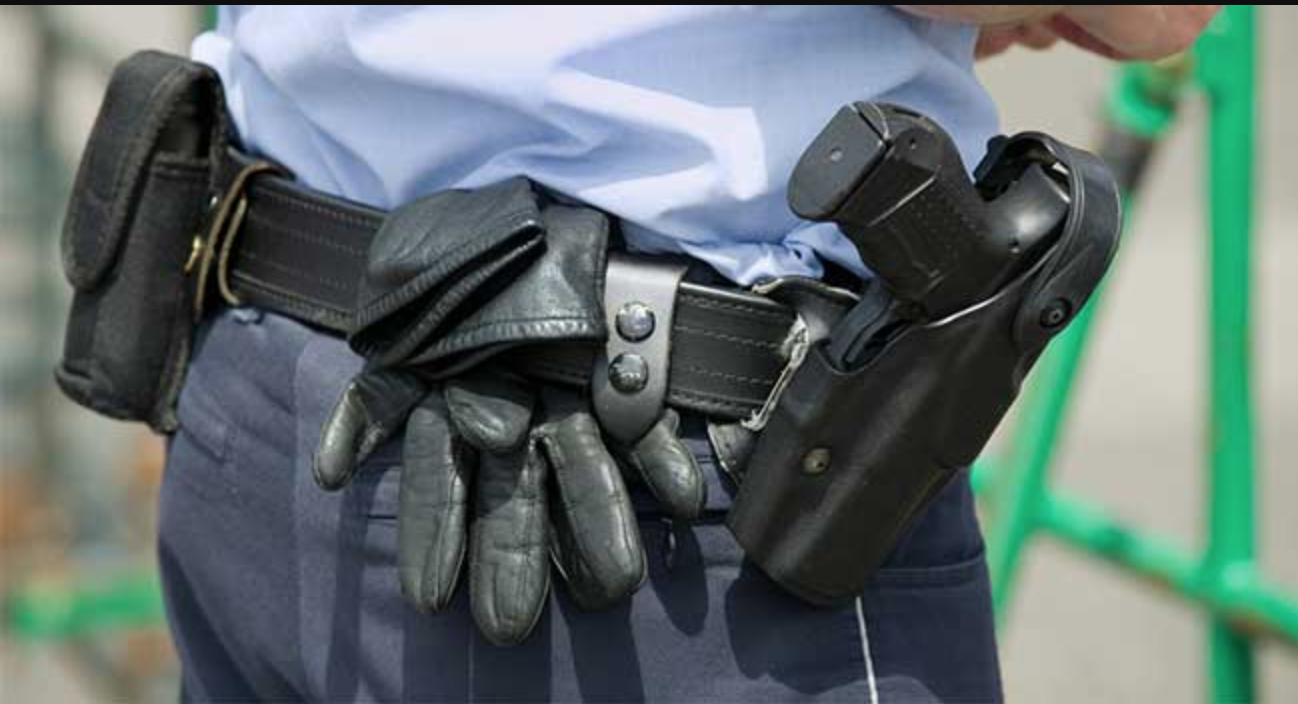 During a Mirror News video interview, Henry Ford College President Russell Kavalhuna disclosed the existence of a report regarding the state of campus security. The report compared resources that were available at HFC, with those at the disposal of other colleges and institutions. The results of the report found that it may be necessary going forward to enstate armed security staff on campus, if HFC wanted to keep its security force on par with similar institutions.

As Kavaluhna stated, “the President before me commissioned a study asking whether we should have armed guards on campus. That study concluded that we should have armed guards on campus,” he continued, “soon after that, the President was not at the campus anymore so when I started, the report had been finished but no action had been taken on it.” As of now, the administration is looking for student and faculty input on whether the implementation of armed security staff is best for the campus and are withholding their judgment on the issue. As the president has said, “There are strong views on this and I know not everyone will be happy with what decision we make but the community deserves a chance to see that we are evaluating the question, and that they had input on it.” During the interview, he stressed, “I don’t have a preconceived notion on what the right answer is, but I am convinced that a public discussion has to happen.”

The report did outline different options as to what the best course of action for Campus Security would be, including keeping the department the same, authorising some security staff to carry firearms, or switching over to a campus-based police force.

Currently on campus, security staff consists of a private, non-sworn, security force. Of the guards employed by Campus Security, there are two distinct groups. The “Black Shirts,” the security staff that wear black jackets or shirts as their uniform with a blue HFC logo, are security staff that are employed through the school district. Often times these guards will conduct mediations or deal with student code of conduct violations that happen on campus. This is often done to ensure that staff most connected to the campus and district are the ones who handle the majority of non criminal issues that arise. Those in the white uniforms are employed through a third party agency and are standard security guards who are very similar to those employed at malls or other private establishments. These members of the security staff assist in more serious matters, or common complaints or issues, but then pass them along to the Black Shirts. Since our security staff is non-sworn, they are not a police force, and are not authorised to make arrests or carry firearms. When an issue arises that requires the intervention of law enforcement, the Dearborn Police Department is close by and has a very positive relationship with HFC’s Campus Security.

At University of Michigan-Dearborn, a hybrid police department is located on campus and acts as the university’s campus security. The police staff there have the same authority and powers as a normal police station, although some members of the staff are not sworn police officers. The major difference between officers who are sworn and those who are not, is that those who are sworn police officers have the authority to arrest individuals and do carry firearms on campus, where as non-sworn staff are not afforded either of those responsibilities.

While the resources afforded to campus-based police forces are much greater than what HFC Campus Security currently has access to, it would require a significant increase in funding to convert HFC’s existing security force, and it is not clear why the change would be necessary. As it stands, crimes on campus are not common and are among the lowest in the state, and violent crimes are nearly negligible. According to the Campus Security “Crime and Fire Safety” log from the fall 2018 semester, out of the 112 total reported incidents only 17 resulted in police arriving on campus and of that, half were due to vehicle accidents, 5 were as a result of disorderly conduct or suspicious activity, and all cases resulted in the suspect being escorted off campus or leaving before police arrived. Of the more dangerous incidents on campus, an unarmed robbery did take place, which resulted in a police investigation, and an assault occurred that resulted in no arrests being made. Since August, only one arrest has been made in an incident involving a non-student refusing to leave the Welcome Center. None of the reported events required the use of firearms and those that required law enforcement help were dealt with quickly.

When asked whether Campus Security felt as though armed guards or a campus police force would have made a substantial difference in responding to campus threats, Campus Security Manager Karen Schoen responded by saying, “I’ve had that conversation with our department on what types of situations we would have that would be handled differently if we were law enforcement, compared to being non-sworn, and we really don’t come up with much.” With Dearborn Police’s response time of 3 to 8 minutes, and the many partnerships HFC has with U of M Dearborn’s police department, it is unclear why HFC would need to go to such drastic lengths to upgrade it’s security.

HFC rarely sees violent criminal offences, and has only seen a little over 5 total reports of serious incidents over the last 4 years. This includes robbery, assault, and other violent criminal acts. This number is substantially lower than other community colleges in the area. When compared to Washtenaw, Schoolcraft and Oakland Community College, Henry Ford has the lowest number of criminal offences.

As it stands Campus Security is a “customer service based entity.” While the department does serve a semi-law enforcement role, it often functions as a resource for students who need help in non-criminal situations. If you find yourself with a flat tire, your car doesn’t start, or are having any other trouble, campus security can help. Around campus there are many blue phone towers that can be used by students to contact campus security directly. Through those towers, security personnel have access to your location and a direct video feed that shows them the area surrounding the phone. While response time does vary, students can expect security personnel to arrive to their locations in a very short time span.

The debate of armed security staff on campus is a very contentious one that mirrors the larger debate on school security taking place nationwide, and many have very different beliefs on what should be done in the name of safety. For those who are passionate or want to share their stance with administration, throughout the remainder of the semester, and into the next year, students will have the chance to air their concerns in an open forum. As Schoen says, “Not everybody thinks that we need [armed guards], some do, some don’t, but we are still trying to make sure that everybody is safe, but it is a hard question to answer because I don’t know what everybody wants.”