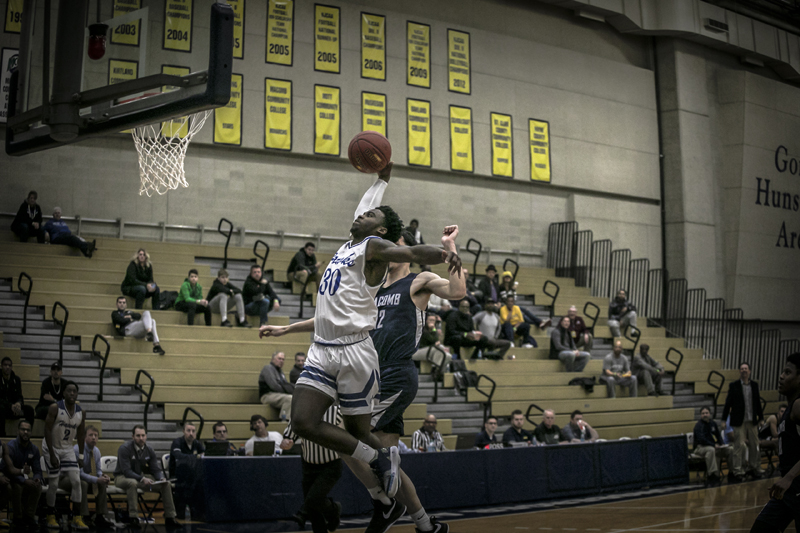 In what was a hard-fought game, Henry Ford kept the game close. For Henry Ford College, Leon Ayers knocked down a total of 29 points, leading the game in scoring. Ayers scored four three-pointers and grabbed six rebounds in the contest.

The Hawks led most of the game, but at one point Macomb made a run to take the lead by nine points. Henry Ford fought back and took the lead by the half with the score at 35-34.

At the start of the second half, Kiewuan Graham pulled off a highlight dunk in the open court to electrify the crowd, changing the momentum in favor of the Hawks.

Throughout the second half, both teams would exchange multiple shots. At 2:33 left in the game, Henry Ford held the lead at 74-67.

Towards the end of the game, Macomb made a strong push to come within four points, but fell short. Henry Ford won 80-75. Henry Ford will play St. Clair County Community College for the championship.

You can view more photos of the game here.