Church of Scientology Returns to Detroit 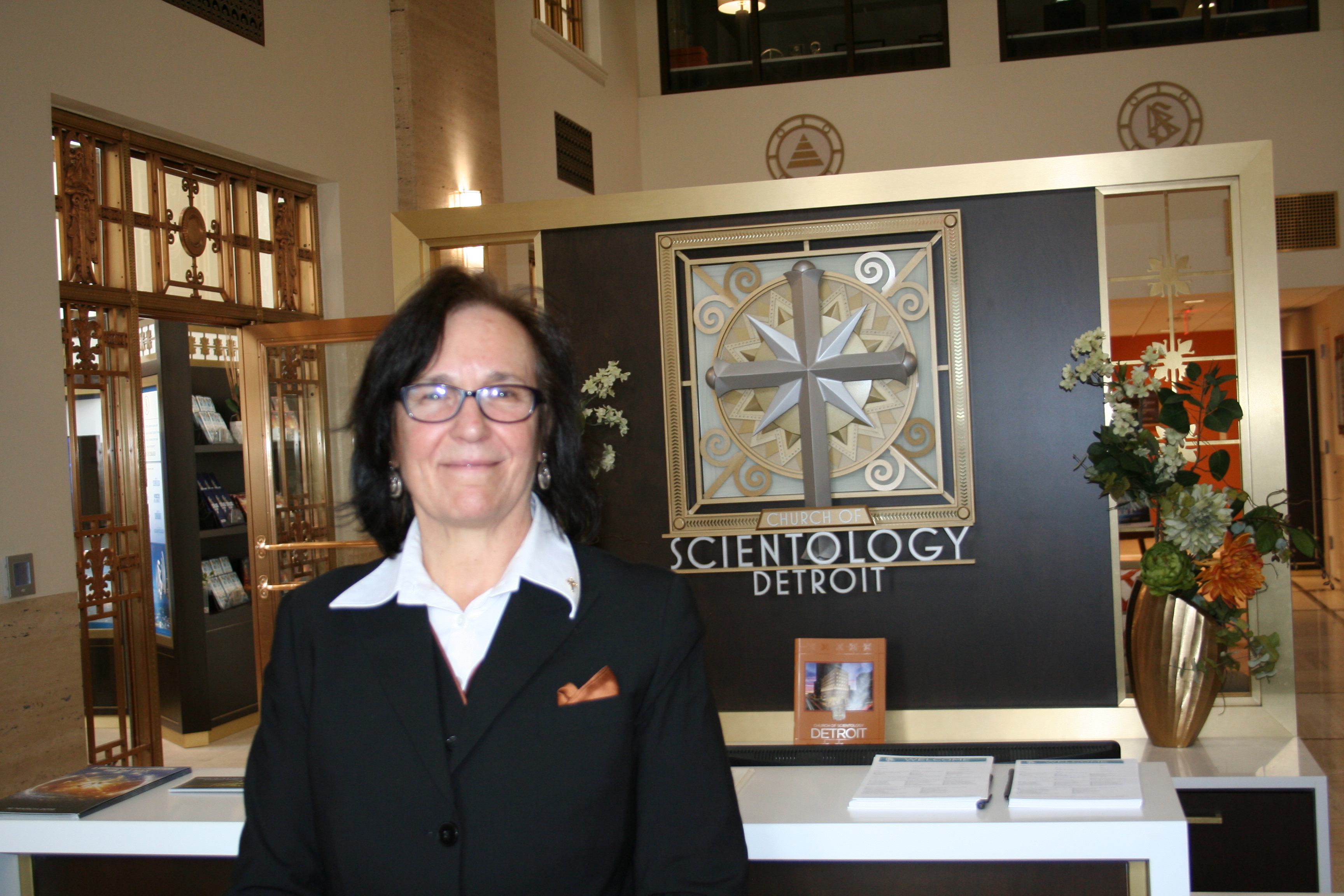 In mid-October of last year, the Church of Scientology officially opened its doors at Jefferson Avenue and Griswold as a crowd of more than 2,000 people celebrated. The religion, founded in 1953 by former science-fiction writer L. Ron Hubbard, is defined by the Church as “knowing,” or the search for truth.

A video created by the Church explains how the religion came to be both so criticized and expanded so quickly boasting of over 4.4 million new members each year. The video explains that first a philosopher developed a philosophy, then people started following it, and when they realized it worked, they pass it on by word of mouth. The video states that Scientology “transcends” and helps people deal with the chaotic world we live in today. It also states that there are “Chaos Masters” who make money off of a world full of violence and chaos and the press exacerbates these issues as the Chaos Masters continue to make money off of them. It is believed the press does not want a world of peace because that means profits suffer and Scientology is a threat to the disorderly world which is why the church is so scrutinized. The video challenges the opposition to stop reading the newspaper and watching the news for a week to see if they feel better.

One thing that Rev. Biddle loves about the religion is that they are a non-denominational church stating “my husband was raised Lutheran, believes in Christ, and attends church. We have no dogma as to who God is.” Rev. Biddle has been a part of the Church of Scientology her entire adult life. Her mother was a Scientologist and had a copy of L. Ron Hubbard’s “Dianetics” which Rev. Biddle read shortly after high school. “It was the first nonfiction book I read that I couldn’t put down,” she said, adding “this man is beyond brilliant in my opinion, he approached ‘mind’ in a scientific path.”

Rev. Biddle said there is no initiation process to become a member of Scientology. There are courses, which include personal counseling and church services taught by “course supervisors” that help with terminology and general questions. People must take the courses to advance in Scientology. The courses cost money and Rev. Biddle asserted this money goes to the Church saying that “as you can see we live in a physical universe and it takes energy and money in the civilization that we live in.” The courses focus on psychosomatic things in the mind. It is believed that people have lived many lives that they don’t remember and any negative feelings a person has is linked to something that happened in those past lives. Scientologists believe that “Thetan” forms are the actual forms of organisms and while a material body can die, the Thetan lives and finds homes in other bodies; therefore, any unrest in this body is due to the unrest the Thetan experienced in another life.

Scientologists use the process of mental “auditing” to get to the root of psychosomatic symptoms people exhibit. Rev. Biddle assures that “medical things need physical attention,” but adds “injuries start with spiritual unrest.” One auditor of three years, Steve Sasala, used to be an optometrist and jokes, “I get people seeing in a different way now than as an optometrist.” Sasala used teachings in Scientology for his consulting company, based in Ohio, and claims to have doubled his income after implementing such techniques. Sasala left his consulting company and moved to New York to be part of an “Ideal Church,” which Rev. Biddle explained is a “church taken up to great standard.” Sasala said he moved from the New York church to the Detroit location when “someone really high in the Church said ‘I really need you here.’”

Drug and alcohol use is said to hinder the processes by which auditors use to get to the root of unrest and worshipping in general. In one of L. Ron Hubbard’s books that Rev. Biddle referenced, purification is said to help rid the body of harmful substances which includes chemicals we inhale, touch, and consume on a daily basis. Purification includes running or cycling to increase the heart rate followed by a sauna to sweat out impurities. This, paired with vitamins and minerals, is believed to make a person happier and healthier. Joe Boutros, who has been involved with Scientology for nearly 40 years, and trained in the purification process as well as has been through the process himself, said that “you sweat out the toxins and feel better afterwards.” Rev. Biddle added, “You need medicine for things, but they aren’t long term solutions.” Biddle also said that the process of purification is something the Church has found to be a long term solution.

Scientology is not without its critics, most notably actress Leah Remini, former star of the TV show, “King of Queens.” Remini was a member of Scientology for 35 years and left the Church in 2013. Reasons for why she left the church are explained in the A&E documentary, “Leah Remini: Scientology and the Aftermath.” Remini said of the documentary, “I want to give a voice to these stories, enough that people will be incensed by it to put some pressure on this organization to stop abusing people. Someone needs to do something about this cult and so I’m hoping that by doing the show, we effect some kind of change.”

The turning point for Remini was when she was in attendance at devout Scientologist Tom Cruise’s wedding and noticed that a church leader’s wife was not there. She claims that when she started to ask questions about the wife to people high in the church, people got very upset. Breaking the rules of Scientology, Remini researched more and more via the internet. She began uncovering many allegations of manipulation and physical and sexual abuse. Per Remini, the Church accused her of crimes against Scientology.

In a video in one of the public kiosks on the first floor of the church, visitors can learn about the life of L. Ron Hubbard, who was born March 13, 1911, in Tilden, Nebraska. His father was a naval officer, so Hubbard traveled and saw many diverse communities throughout his childhood. He traveled to far east Asia where he learned about Buddhism and expanded his knowledge of cultures, religion, and people. In the summer of 1931 he enrolled as a civil engineering student at George Washington University in 1932, but by September 1932 Hubbard was placed on academic probation and never returned for the following semester. He married in 1933 and became a glider pilot. He organized many expeditions around the world exploring still yet more cultures of the Caribbean and Puerto Rico. Hubbard published his first book in 1932 and continued to write a plethora of science fiction books before publishing “Dianetics” in 1950. “Dianetics” made the bestseller list for 26 weeks in a row. In 1950, the Hubbard Dianetics Research Foundation was formed, and by 1951, L. Ron Hubbard focused almost exclusively on the study of the human spirit and “who or what was operating the mind.” Combining what he learned about Eastern metaphysics from his travels in Asia with his study of Western science, L. Ron Hubbard began to hold classes and lectures on the subject of Scientology. In 1954, a group of Scientologists formed the first Church of Scientology. Within the next decade, dozens of Churches of Scientology opened in five countries. Now the Church of Scientology claims over 15 million members worldwide.

At the end of my tour of the Detroit location, I learned that L. Ron Hubbard’s birthday happened to be March 13, the very day I was there. Rev. Biddle invited me to attend the celebratory dinner. She explained that the main celebration occurs in Florida where it is recorded and sent out to other locations around the world where they organize viewings. Rev. Biddle also gave me several pamphlets and said that the Church is seeking new members and volunteers.