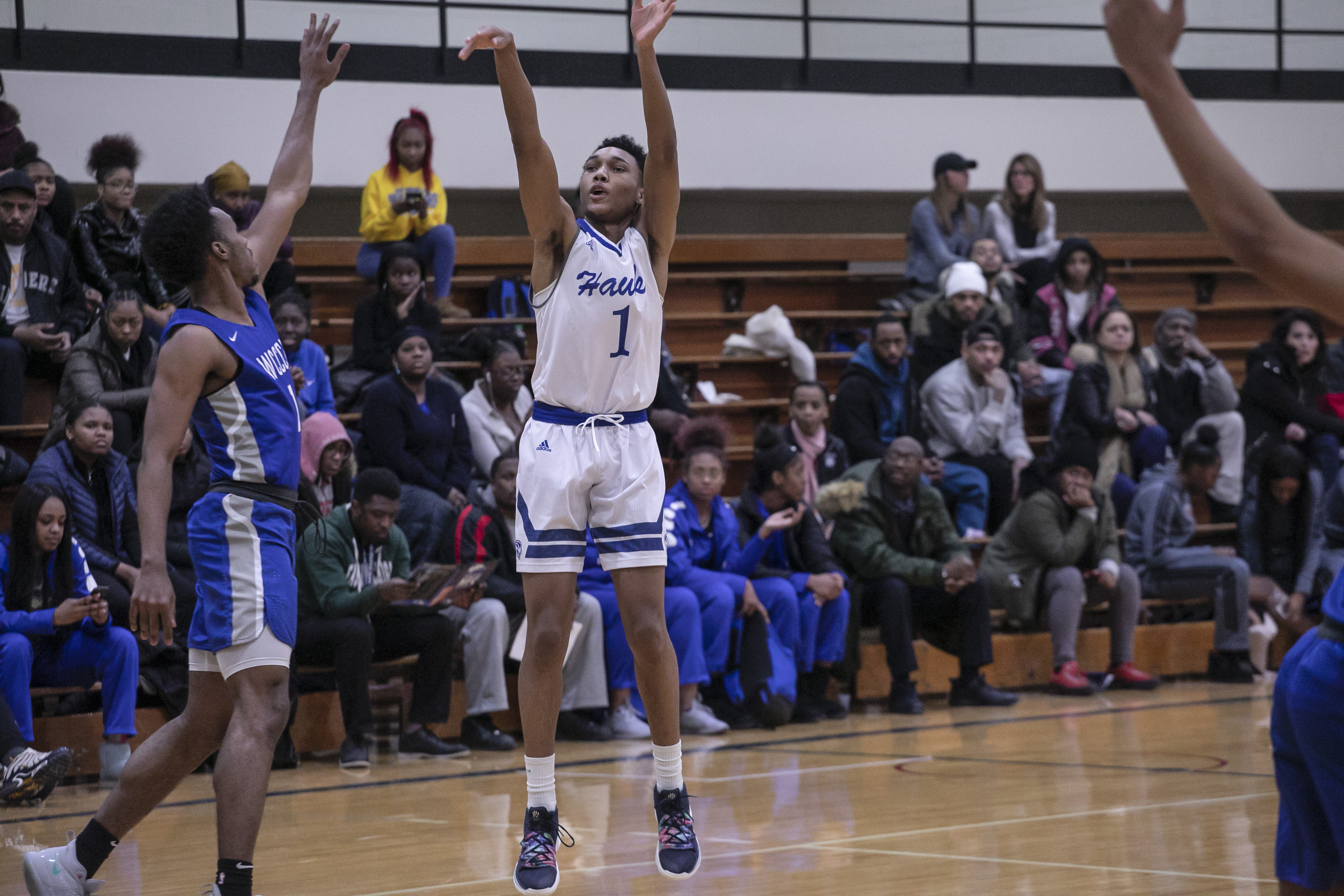 The Henry Ford College Men’s’ Basketball team is the school’s oldest program, and with that there have been many notable players to step on to the court. One player who is helping lead the Hawks to the playoffs this season is Leon Ayers.

Ayers is a Freshman forward who played in all 24 games this season, being a starter in 23. Ayers has been averaging 15.9 points per game which leads the team, and is second in rebounds per game at 5.3. Ayers said that without his teammates, he wouldn’t have been able to accomplish what he has this season.

Making the transition from high school to college normally isn’t the easiest, but Ayers said that the coaches work with him more on defense, and just let the game come to him offensively. Ayers appreciates the freedom he is permitted. Ayers said, “I’ve had the same type of coaches the last two years that just let me shoot the ball.”

With Coach Chris Shepard letting Ayers shoot the ball, the team has found success, as they are 17-7 on the season overall and 9-2 in league play, putting the Hawks second in the division.

Heading into the final stretch of regular season games, and into the playoffs Ayers said, “I’m ready, I’m a competitor, and I just love the competitiveness.” The competitor in Ayers comes out on and off the court. On the court, Ayers is helping lead the team to a second playoff berth in as many years.

Off the court, Ayers is a leader in the classroom, as he made the All-Academic team at Henry Ford College by holding a GPA of 3.0 or higher for the semester. Ayers stresses the importance of grades for him this year, saying that he’s really been on himself to do better in the classroom. Ayers said, “I’ve taken it more seriously now, but I probably should have done that in high school.” The grades will help Ayers as he looks at transferring to another college. The traveling that the team has done will help him as well.

Right after high school, Ayers had a few National Association of Intercollegiate Athletics offers. Ayers said, “I couldn’t see myself at any of those schools.” That helped Shepard recruit Ayers, but this will most likely be the only year Ayers will play for HFC. This won’t be the first player that has left after one year at HFC under Shepard who had C.J. Wilson leave last year after his first year.

In his two years as the head coach, Shepard has been able to find players who were not recruited right out of high school. “We do our homework and try to get out and see as many games as we can,” said Shepherd. The Hawks have been lucky to attract more players who are now coming to them instead of his staff having to recruit heavily. Shepherd hopes this trend continues since it will help grow the program.

While the team is in the middle of a playoff hunt they have yet to be ranked in the top 20 this season. Ayers feels that the schedule the team played this season is tougher than that of Schoolcraft or Mott. Ayers said, “I just want all the hard work we put in this season to pay off.” Good team chemistry is needed with the ups and downs of the long season, and that is obvious when you show up to a game. You see that the team is having fun and working together.

Ayers feels that the team is motivated by the losses the team had this season, since they were against the top teams. Ayers observes that Schoolcraft College hasn’t had as hard of a schedule. After being bounced early in the playoffs last year, Ayers hopes that this team can go all the way. “When our team is playing at our best and playing a full 40 minutes, I don’t feel like anyone can beat us,” he said.

As Ayers thinks about what will happen once he leaves the Hawks, he has been reflecting on the fun memories he’s had with his team and his coaches. He feels he’s never had a stronger bond with a team or coaching staff. Ayers has appreciated being able to go to the coaches to talk to about basketball or life in general.

See Leon Ayers and the rest of the Hawks team in action. The last home game this season is on Feb. 27 against St. Clair County.