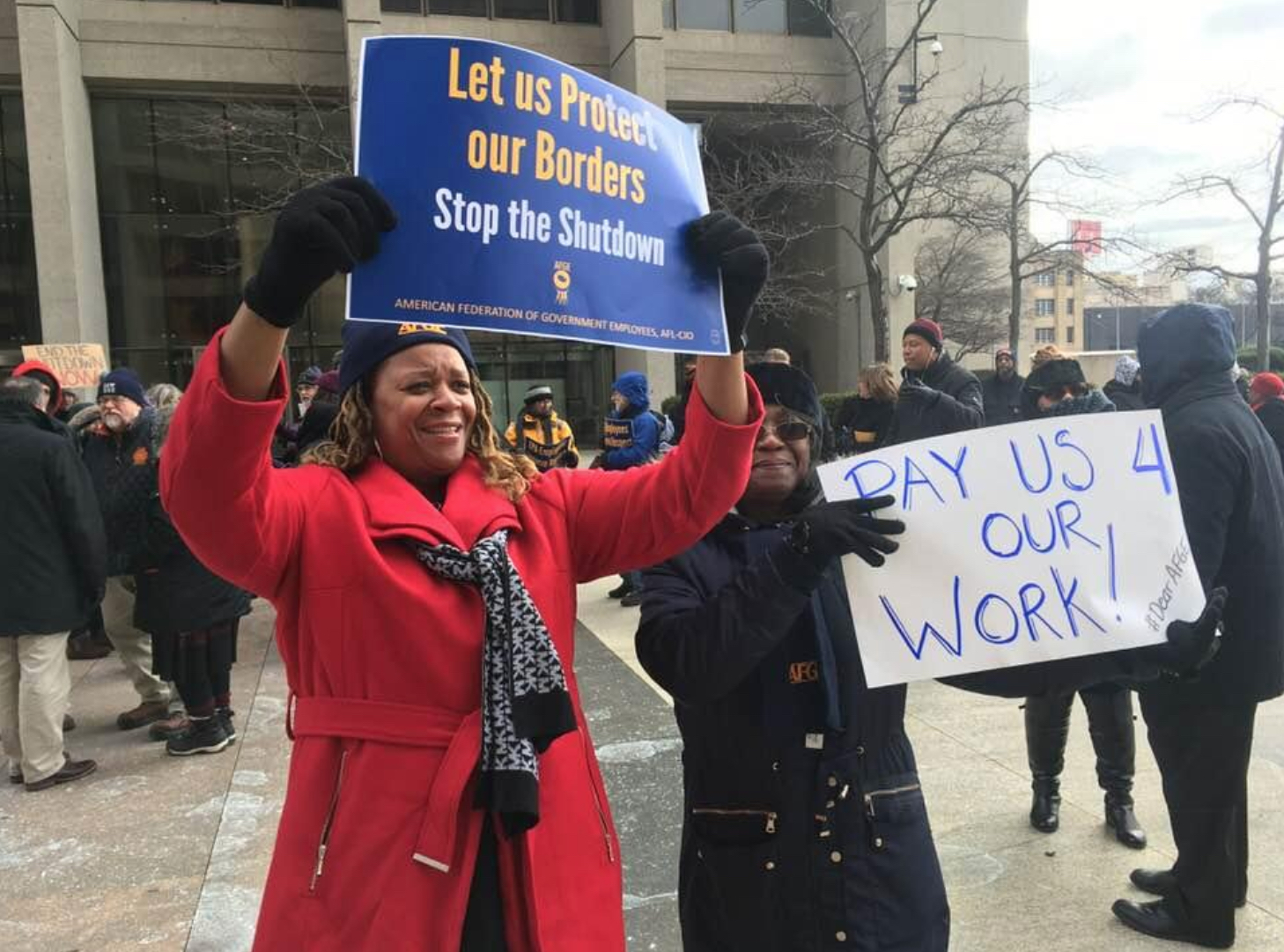 The first month of 2019 isn’t even over, and Washington is already plunged into partisan chaos. Despite the new year, Capitol Hill is still dealing with the same problems brought about by Trump’s ill-informed and divisive immigration policy. Instead of passing the 2019 Congressional budget, the President vetoed the bill, and declared that he would only pass the budget if $5.7 billion would be written in to go towards paying for “the wall.” As a result, on Dec. 22, the Government was shut down due to lack of funding. With the closure, all “non-essential” personnel, nearly 800,000 Americans, were placed on unpaid leave. As of now, the government shutdown has entered its second month, marking the longest period of time that the government has gone without funding, ever.

With the government shutdown, many Americans are facing a very uncertain time. As reported by K.K. Rebecca Lai and Denise Lu of The New York Times, government employees make up almost 1.5 percent of the nation’s labor force, 80 percent of which operate outside of DC, across all 50 states. Government employees have now missed their second paychecks, leading many to take drastic actions to cope with the current climate. Many needing to sell their possessions and seek assistance from food banks just to get by. Among the affected, TSA agents are taking sick days in record numbers as they are forced to continue working without pay. As John Bacon of USA Today reports, 10 percent of TSA workers are calling in sick, many of whom are unable to even show up to work due to financial limitations. In addition to TSA agents, those being required to work without pay include corrections officers, Customs Enforcement agents and, ironically, border patrol agents. As Caroline Kelly of CNN reports, federal labor unions have resorted to suing the government for “requiring essential employees to work without pay.” The lawsuit states that the government is in violation of the Fair Labor Standards Act, with the union president calling the practice “inhumane.”

Not only are government employees not being paid, there are also currently nine departments that are not being funded. As Niraji Chokshi of The New York Times reports, the IRS has seen an 88 percent closure; however, despite the majority of operations being halted, tax collection will still continue uninterrupted, but it is still uncertain whether refunds will be issued on time. The majority of national parks are now closed to visitors, although some states have helped fund select parks. NASA, the EPA, Homeland Security, and the Department of Justice are also among agencies not receiving funding.

While many programs have been temporarily closed, As Li Zhou of Vox reports, some fall under “mandatory spending,” meaning that despite the lack of a budget, they will still receive some form of funding, keeping essential programs open until after the shutdown is over. Of the programs still being funded, Social Security, Medicare and Medicaid are still operating as normal for those already enrolled; however, many new applications are being placed on hold. The U.S. Postal Service is still operational and will continue to deliver mail uninterrupted; this is due to the USPS’ self-funding and independent revenue source. The Department of Veterans Affairs is also among the few government programs still being funded as a result of budgeting legislation laid down in the GI Bill.

As hundreds of thousands of Americans struggle to maintain financial stability, the President remains disconnected from those affected by his actions. In interviews with the press, Trump has stated, in the absence of any evidence whatsoever, that government employees “want the wall,” and have told him to “stay out until [he gets] the funding for the wall.” The President has gone so far as to say that the government should remain shut down until Congress provides funding for the wall, even if it takes “months or even years.” As reported by Kathy Ehrich Dowd of Time Magazine, union leaders have spoken out against the President’s exploitation of government employees for political gain. In an interview with Dowd, J. David Cox Sr., the national president of the American Federation of Government Employees said, “There should be no confusion about whether federal employees want the government to reopen. They are eager to get back to work. They unequivocally oppose using shutdowns as a means of resolving policy disputes. This is not about a wall, this is about 800,000 real people with real families and real bills to pay.”

Trump has been blaming Democrats for the shutdown. In order to discredit his political rivals over the course of the Wall debate, Trump took to Twitter saying, “for strictly political reasons and because they have been pulled so far left, [Democrats] do NOT want Border Security. They want Open Borders for anyone to come in. This brings large scale crime and disease. Our Southern Border is now Secure and will remain that way.” This is just plain false. The Democratic Party has, and still does support border security. Just recently Democrats have proposed, what they call, 21st century border security measures. As Manuela Tobias of Politifact reports, “Rep. Hakeem Jeffries, chairman of the Democratic caucus, told reporters after the party’s morning caucus meeting that Democrats are willing to boost personnel, technology and other enhancements at the border,” but stressed money would only be put towards actual border security and not a wall. This position is in line with requests made by actual border agents. As Ron Nixon of The New York Times states, “Border Patrol agents on the front lines say they need more technology and additional personnel to curb the illegal traffic, according to a report released by Democrats on the Senate Homeland Security Committee.”

Democratic Party leaders have been willing, since before the shutdown, to enhance the border, but refuse to entertain the notion of a wall. This is not a “Democratic shutdown,” it is a Trump shutdown. Just ask him. In December, prior to the shutdown, in a public meeting with Senate Minority Leader Chuck Schumer and current Speaker of the House Nancy Pelosi, President Trump expressed his desire for the $5 billion needed for the border wall, and publicly stated that he was more than comfortable with shutting down the government to get what he wanted. During the meeting, Pelosi and Schumer pleaded with the President to avoid using something as serious as a shutdown for political gain. The President then reassured the Democrats and the press that he would take full blame for the shutdown, believing that securing funding for the wall was worth the risk a shutdown would bring.

Despite the President’s very clear message, that the only thing that will appease him is money for the border wall, many within the Republican party, and his own staff, seem to be misunderstanding his position. Outgoing Chief of Staff, John Kelly, told the Los Angeles Times, “The president still says ‘wall’ — oftentimes frankly he’ll say ‘barrier’ or ‘fencing,’ now he’s tended toward steel slats. But we left a solid concrete wall early on in the administration, when we asked people what they needed and where they needed it.” Republican Senator Lindsey Graham also told reporters outside the White House, moments after speaking to the President, that “the wall has become a metaphor for border security,” trying to spin the current crisis brought about by the President, to present the Republican party in a more favorable light, re-branding the shutdown as a fight for reasonable border defense. To clarify, the President took to Twitter to seemingly take shots at his political allies, and said, “An all concrete Wall was NEVER ABANDONED, as has been reported by the media. Some areas will be all concrete but the experts at Border Patrol prefer a Wall that is see through (thereby making it possible to see what is happening on both sides). Makes sense to me!”

It’s time we stop discussing the border wall in terms of border security, and start calling it what it really is, a trophy. The wall is nothing more than a monument to xenophobia and most importantly, Trump. By bringing the wall to his supporters, Trump can score political points for himself and his brand of the Republican party. It doesn’t matter how effective the wall may be, or what actual border agents are asking for. For the President, all that matters is that he leaves his mark on the country in the form of a monstrous effigy to authoritarian politics in the form of the very representation of division itself. Despite having complete control of all three branches of government, Trump was still unable to implement his wall funding last year. It’s very telling, and very concerning, that Trump was so eager to close the government, holding hundreds of thousands of government employees’ paychecks hostage, to get what he wants. It’s dangerous for a President to be this reckless with our government and with the lives of honest, hard-working Americans, and it cannot be tolerated.