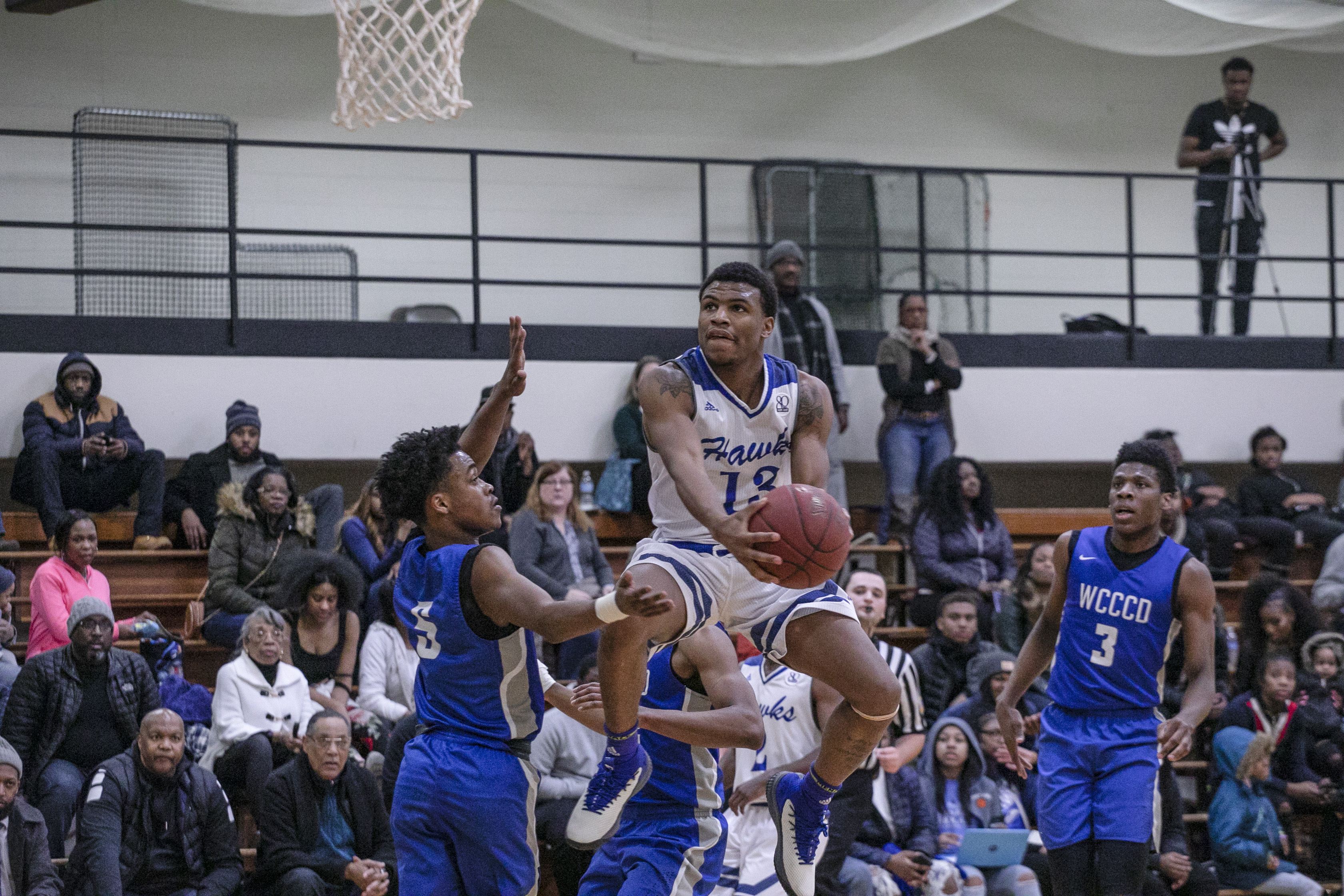 Henry Ford, coming off a loss against Schoolcraft College on Jan. 19, looked to bounce back against Wayne County Community College on Thursday evening. Henry Ford is undefeated at home up to this game, with their record sitting at 13-7.

In what was a highlight-filled game, Henry Ford came away with a 84-65 victory over Wayne County.

For Henry Ford College, Leon Ayers knocked down a total of six 3-point shots. He finished the night with 21 points, while LaMarkco Gulledge had 15 points and 12 rebounds. He had a double-double in the game for the Hawks. In addition, Cortez Jackson scored 11 points and Edwin Bailey scored 9 in the victory.

For Wayne County, Rashard Zimmenman wrapped up the night with a game-high 25 points, while both Zane Desouza and Casey Nwamba came away with 10.

As the first half got underway, the game stayed steady at 21-19 with 7:05 left in the half. For the Hawks, Leon Ayers led the team in first-half with 11 points. Edwin Bailey also netted 8 points for the Hawks in the half. The Wildcats battled back with contributions from Rashard Zimmenman, who scored 14 points in the half, to end the half at 40-33.

Lead scorer Leon Ayers stated in a post-game interview, “The crowd is great. The support is unreal. Without them, we wouldn’t have won tonight.” He also stated, “Coach always tells the team to make smart plays and not selfish plays, but I try to stay aggressive and shoot when I get space between me and the defender.” Ayers led the team with 21 points.

In the second half around 11 minutes left, Henry Ford’s Luster Johnson had an unreal put back dunk over two Wayne County College defenders, this made the crowd go wild. After the game he stated, “I can’t believe it worked out, as I missed the first dunk attempt earlier in the game, I just wanted to go up and get it.” He also stated, “I’m a crowd hyper. I love to get them into the game no matter what the situation is.”

In the game there was also another highlight dunk by Kiewuan Graham, which electrified the crowd.

The game ultimately ended with Hawks topping the Wildcats, 84-65.

Friday's contest was preceded by a basketball game between the Wayne County Community College Lady Wildcats and Henry Ford College Lady Hawks. The doubleheader was done in conjunction with Henry Ford’s “Hunger Games” event, in which the Henry Ford Athletics Department help to collect canned goods to donate to Hawks’ Nest -- a program at Henry Ford College which aims to provide food assistance to students in need.

Henry Ford is scheduled to return to action on January 30th at St. Clair County College.

Live coverage of the game can be found on Joshua Tuft's twitter feed.

More photos of the game can be found here.