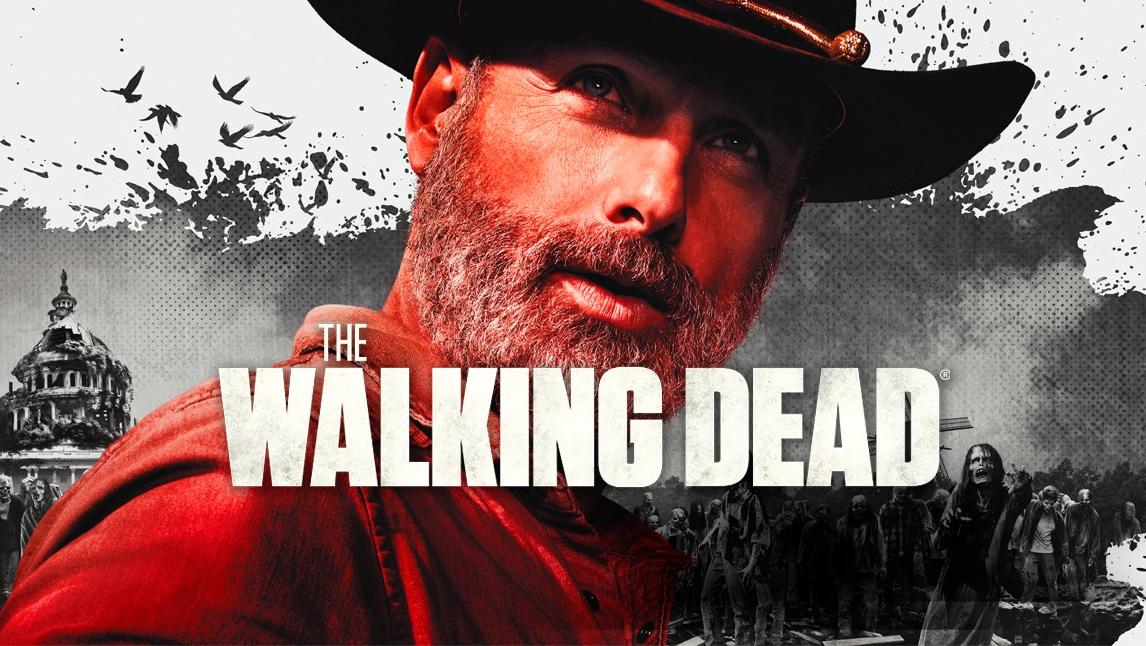 After two disappointing seasons of never-ending bottle episodes, AMC’s hit TV show, “The Walking Dead,” may just be on its way to redeeming itself. The bad part, however, is that it has taken the exit of Rick Grimes, the central character of the show to pique the ebbing interest of viewers.

Warning to newcomers to “The Walking Dead” that I will be sharing my recap of season 9, which includes some spoilers. The season begins with a time jump to 18 months after the war with Negan, a leader of a community of survivors of the zombie apocalypse who call themselves “the Saviors.” Honoring his dead son Carl’s wishes, Rick strives to keep the surviving communities of Alexandria, Hilltop, Oceanside, the Sanctuary, and the Kingdom united. The episodes that follow focus on external challenges as well as challenges within their alliance that threaten all of the survivors.

One of the central characters of the series, Maggie, who has finally had her baby after the longest pregnancy ever, is now the leader at Hilltop. The many blows she has suffered and the pressure of leadership seem to be pushing her closer to the dark side. When a young Hilltop resident is killed under Maggie’s watch, Gregory, the previous leader of Hilltop, plays on the boy’s parents’ grief. He recruits Earl, the boy’s father, with alcohol and tries to get him to assassinate Maggie. The attempt fails, Earl is imprisoned, and Maggie executes Gregory by public hanging. Taking the power over life and death into her own hands, Maggie crosses a line. Rick, Michonne, and Jesus watch the execution with trepidation. They know there’s no turning back from such an act.

With Negan locked away in a cell in Alexandria, the Sanctuary, under the watch of Daryl has its own problems. Resources are scarce and dissent brews. Pro-Negan graffiti begins to make its way onto the walls. While the alliance focuses on rebuilding a bridge which would help facilitate trade between the communities, a Savior who had been having trouble cooperating is responsible for a disaster that sees Aaron lose his arm. The Savior is banished, but he is soon killed by unknown assailants. The unknown assailants are also responsible for the deaths of a few other Saviors.

As it turns out, the assailants are a group of Oceanside residents led by Cyndie. They are seeking revenge for the killing of their kin by the Saviors under Negan’s leadership. Inspired by Maggie’s execution of Gregory, they too had taken the power over life and death into their own hands. Maggie and Daryl happen upon them as they are about to execute the last of the Saviors responsible for killing their kin. Knowing that they themselves would have wanted to exact revenge had they been in the same situation, Maggie and Daryl walk away.

Meanwhile, Michonne is finding it difficult to adjust to life in Alexandria. She sneaks out at night to let off some steam by killing as many zombies as she can find. Her conversations with Negan in his cell get to her. She worries that she may be taking on his evil streak.

As fans of “Walking Dead” know, the series is not just about revenge and killing. Amidst the challenges, love blossoms. Michonne and Rick are still going strong. Ezekiel professes his love for Carol. In true Carol style, she dismisses his marriage proposal. It is clear however that it is just a matter of time before she yields. It is hard to tell where that places Daryl and Carol’s relationship. They seem as close as they have always been, if not more. Gabriel finds love with Anne, formerly Jadis, leader of the trash pile dwellers. He is betrayed by her, however, as she re-established her connection with the mysterious Helicopter people that she has had dealings with before. For fear of being outed, she knocks Gabriel out when he catches her having a conversation on her radio and leaves him amidst the trash piles while she heads off to rendezvous with the Helicopter people.

In the mid-season finale, the Saviors try to find out who was responsible for the murders of their colleagues, a riot breaks out at the campsite near the bridge construction site. Gunshots are fired, and they attract a herd of walkers nearby. If the herd makes its way to the campsite, the efforts to build the bridge would amount to nothing.

On horseback, Rick tries to draw away the herd. However, he accidentally leads them into another large herd. Spooked by the merging of the two herds, the horse throws Rick off and he is impaled by a piece of rebar. He uses his belt to pull himself free of the rebar, clamber back onto his horse, and continues leading the herd away. With the gaping hole on his side, he loses a lot of blood and slips in and out of consciousness. In his state, he begins to have conversations with ghosts of his past. Among them is Shane, his best friend who had fathered Judith with Rick’s wife and Hershel his old mentor and Maggie’s father. All the ghosts he speaks to end the conversation by telling him to wake up.

At some point, he falls off the horse again and continues by foot. Rick leads the herd towards the bridge. If the herd makes it past the bridge, it would overrun Alexandria. Rick sees sticks of dynamite on the bridge. He realizes that in order to save his people, he must sacrifice himself. He draws his revolver and steadies his aim. His friends can be seen running through the trees to come to his rescue. Rick does not want them to. He knows the herd is too big for them to fight through. He pulls the trigger and the bridge goes up in flame and debris, and Rick with it. Or so it seems. A fitting end for the great Rick Grimes.

His friends are distraught. Michonne is inconsolable. They all think him dead. However, we the viewers know better. Down the river, Jadis who had been waiting to be picked up by the Helicopter people spots Rick along the bank. He is not dead, but he is gravely injured. She negotiates with the helicopter people to let her take Rick with her. Rick has her whisked away to an unknown destination. The fact that he is still alive gives us viewers hope that he may make it and re-appear someday though judging by the next three episodes that follow, the likelihood of that happening any time soon is very slim.

The mid-season finale ends with another time jump. We are given a glimpse of Judith Grimes, Rick’s daughter. She is in her early teens. Like her brother and her father before her, she is skilled with the gun. She even dons the same hat Carl used to wear. Like Michonne, she wields a samurai sword with ease. Judith rescues a group of new survivors and insists that they are taken to Alexandria where they will be safe.

Life after Rick as we see in the next three episodes to follow takes the show in a whole different direction. Judith who, under the care of Michonne, is a prominent character. Along with the Judith Grimes storyline, and the new survivors being introduced, we also catch a glimpse of the Whisperers, the human skin wearing foes that walk with the hordes of the dead. If these three episodes are anything to go by, “The Walking Dead” will certainly get a new lease on life, and at least another season.