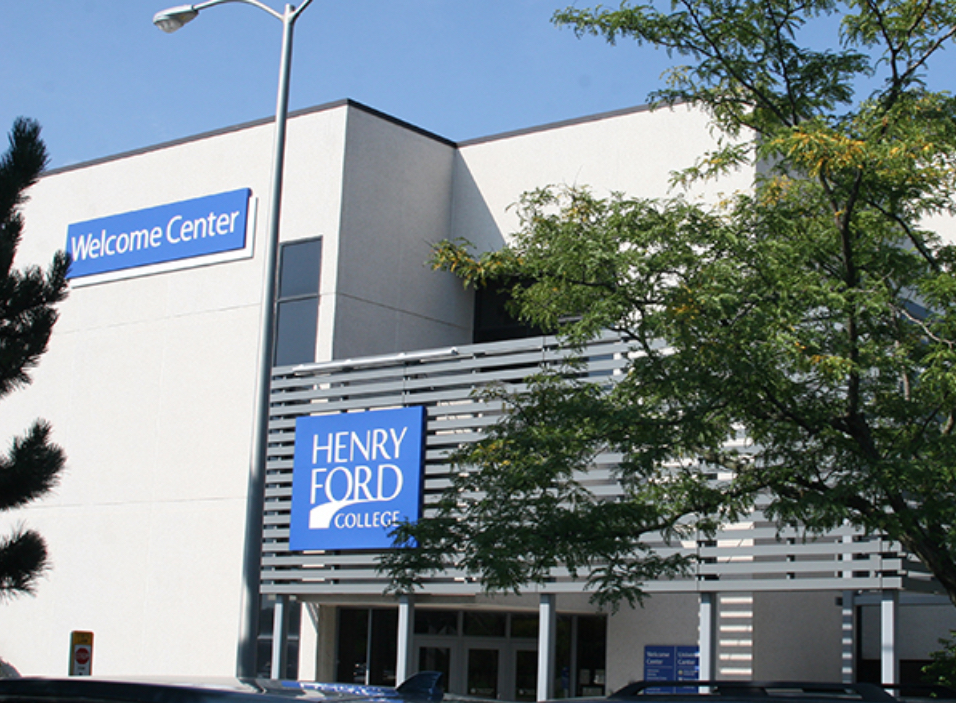 At Henry Ford College, many students have voiced concerns over the financial aid system. Currently at HFC, over half of all students receive some form of financial aid. According to statistics published by the college, “approximately 10,600 admitted students have been awarded financial aid for the 2017-18 academic year.” In the last school year, $58 million in financial aid had been distributed to students. With so many students who depend on aid provided by the school and government, some have found the information given to them by the Office of Financial Aid at the Welcome Center to be confusing and contradictory, with students claiming to be getting different information each time they checked on their financial aid.

Dina Ahmed, a student at Henry Ford College, voiced her struggle with the college’s financial aid office. Ahmed had applied for financial aid this semester, along with her sister, and said she was told at the Welcome Center that she was “awarded financial aid for part time credits,” and half of her tuition would be covered. Following the start of the semester, Ahmed discovered that she was denied financial aid, while her sister had been awarded her expected amount. After calling to inquire as to the reasoning behind the denial, Ahmed said that she had been told she was denied due to her “family estimated contribution” not meeting the requirements for her to be considered for financial aid, despite her sister being awarded financial aid. Ahmed went on to say, “that doesn’t make any sense, we have the same family.”

Upon calling again and explaining the issue, Ahmed was told that the reason for her denial was not due to her family’s estimated contribution, but instead because her classes “did not count towards [her] degree program.” Ahmed stated specifically that during her first phone call, she was not told about the issue regarding her classes. Currently, Dina Ahmed is enrolled in an economics course and two honors classes, which as she states “count towards [her] honors, so that doesn’t’ make sense, its covered by financial aid.”

“I’m in general studies,” Ahmed states. “I purposely took general associate’s so that I could take courses I want.” Ahmed elected to not pursue the problem further, but expressed frustration with the situation.

Students who have been awarded scholarships have also reported serious problems with the way the school handles financial aid.

As student Jessica D’Alfonso stated, “There are times when I am awarded a certain amount of financial aid and not all of it applies, with no explanation, which is confusing. I understand that classes that are not specific to my major are generally not covered under Pell grants, but this information is often unclear.”

Last winter, D’Alfonso was awarded the Michigan Competitive Scholarship, a $1,000 merit-based scholarship paid over the course of two semesters, and given to those who qualify for financial aid. D’Alfonso said she received the scholarship at the start of the Winter 2018 semester, and had the first $500 deposited into her account. After the start of the semester, the money was taken back by the college due to D’Alfonso not qualifying for financial aid. “It was incredibly frustrating for this scholarship to have shown up in my account considering the school should have already known that I didn’t qualify for any financial aid,” D’Alfonso said.

This September, after already taking out loans to pay for classes, D’Alfonso was awarded the scholarship again, and received a call telling her that due to her being enrolled as a part-time student, she would receive half of the scholarship and would be awarded $250 for the Fall 2018 semester. D’Alfonso stated, “The woman I spoke to had to put me on hold several times and made a number of incorrect statements regarding the scholarship. She initially told me I was awarded $500, put me on hold, then corrected herself and said I was awarded only $250, and that because of that, I would be refunded $250. She put me on hold again, then told me that she was mistaken and that I would actually owe the school $250, since they were awarding me this scholarship.”

Since her tuition had already been paid for, the money provided to her by the scholarship had been automatically placed into her account and used to pay for her outstanding loans. This meant that her account balance was at zero, and that the money given to her had been automatically used. So, when the college required that she repay the $250 that she now owed the school, she could not simply withdraw the money given to her, but rather would have to pay extra out of pocket in order to handle the problem.

While on the phone, D’Alfonso asked to decline the scholarship, but was told that she would not be able to over the phone and would need to write a letter and send it to the Welcome Center. D’Alfonso said, “It was kind of unacceptable to have awarded me a scholarship partway through the semester that reduced the amount of loans—without my consent—that had already been disbursed to me, and then demand that I take extra action to rectify the situation they created.”

Students online have also voiced their frustrations. The school’s Facebook reviews chronicle numerous cases of student issues with both financial aid and the Welcome Center. Complaints range from needing to send the same documents multiple times to the financial aid office, to students being charged for classes they reportedly did not register for. Students have also reported problems with inconsistent information provided by the Welcome Center staff and financial aid decisions being made based on incorrect information. Posts criticizing the school’s handling of financial aid information and money can be found on the HFC Facebook page dating back to 2014, shortly after the college’s budget crisis.

In 2013, the college was thrown into a budget crisis that left HFC $12 million in debt, in part spurred by financial aid fraud. The years prior saw rampant fraud in the form of “Pell Runners.” These scammers would apply for classes at the college, be provided with money from the Pell grant, and then never attend classes, pocketing the cash. Since the Pell grant is a federally subsidized form of financial aid, and is not funded by the college, HFC owed the federal government all money paid to students who did not complete their classes.

This was the most serious case of fraud the college had faced in its 75-year history. With this extreme “bad debt” piling on, the college was facing a budget crisis. To deal with the increasing debt, the college administration decided to restructure the college. This reorganization led to layoffs, downsizing and tuition hikes. HFC increased tuition prices at an initial 7 percent. As Katie Hetrick of the Dearborn Press and Guide reported, at the time, tuition for residents increased from $75 to $82 per credit hour, while tuition for non-residents increased $135 to $142, and out of state rates raised from $140 to $147. By the end of 2014, the college had managed to bring the debt down to a more manageable $3.6 million.

Since the crisis, some procedures have been added to improve the oversight of Financial Aid at HFC. After 2014, the handling of the financial aid verification process was transferred to HFC’s direct control, and away from the third-party vendor who had been in charge of it. As a result of this change, the college increased staff in the Office of Financial Aid to meet the increase in responsibilities. In addition, “never attended” deadlines are now enforced in every class, allowing the college to know whether students are actually attending classes, and if financial aid is being given to actual students.

Kevin Culler, executive director of Financial Services and Financial Aid at HFC states, “Both HFC and the federal government have taken many steps; since 2010; to try to detect and prevent financial aid fraud. Among the steps taken by HFC to reduce exposure to fraud and decrease bad debt, were measures to ensure students have begun attending classes before releasing financial aid,” which Culler notes is a federal requirement. Culler adds that the college has been expanding upon current policies by: “implementing more standardized deregistration processes for registered students who do not meet the College’s payment deadlines and requirements, extending the process of screening high school and/or GED credentials of applicants, establishing a financial aid application priority date, providing more accessible payment policies as options, developing an in-house collections unit within the Student Accounts Receivable Office, and creating automated tools for assisting in the identification of potential fraud cases that will trigger a daily review of anything suspicious.”

As for the Pell Grant, changes have been made in accordance with federal regulation to change the way students receive and qualify for aid. HFC President Russell Kavalhuna states that these changes “have to do with things such as the number of years a student can receive a Pell Grant, the situations under which a student can continue to receive an interest rate subsidy on Subsidized Direct Loans, additional documentation requirements related to students receiving federal financial aid at multiple schools over a short period of time, and additional ‘financial aid verification’ requirements that may require some students to submit additional documentation and for College financial aid staff to collect, review, and monitor those additional documents and the information contained within them.”

As of the Fall 2017 term, the college changed its policy, in accordance with federal regulation, to only provide financial aid for courses that are required for a student’s degree program.

Culler remains positive that additions to the Office of Financial Aid, aside from regulatory requirements, have made it easier for students to understand and navigate the world of financial aid, ensuring that “policies and procedures are applied consistently.” Culler has acknowledged that some regulatory requirements added by the federal government have required students to submit additional paperwork, which has resulted in a longer wait time, but states, “I fully believe that the majority of these additional regulatory requirements have been appropriately added in an effort to reduce the inappropriate use of federal financial aid funding for fraudulent purposes.”